Vortex is a 3D shoot ’em up developed by Argonaut Software and published by Electro Brain in North America, Sony in Europe, and Pack-In-Video in Japan in 1994. It is one of the few games (other than Star Fox, Stunt Race FX, Yoshi’s Island, Doom, Dirt Trax FX, Winter Gold, and Star Fox 2) to use the Super FX co-processor chip to allow for faster 3D graphics than the vanilla SNES is capable of.

END_OF_DOCUMENT_TOKEN_TO_BE_REPLACED

Known as E.T. the Extra-Terrestrial: The 20th Anniversary in Europe, Interplanetary Mission is an isometric action adventure featuring the famous movie character, E.T. And, while the game is no classic, it is at least much better than the infamous Atari 2600 game from 1982. In fact: it’s not too bad at all.

END_OF_DOCUMENT_TOKEN_TO_BE_REPLACED

Vib-Ribbon is a unique game on the PlayStation. It is the only game I can think of that is mostly black and white and uses simple animated vector-style line art to present the visuals. That said: Vib-Ribbon is full of character and charm and goes to show what can be achieved when developers think out of the box.

END_OF_DOCUMENT_TOKEN_TO_BE_REPLACED 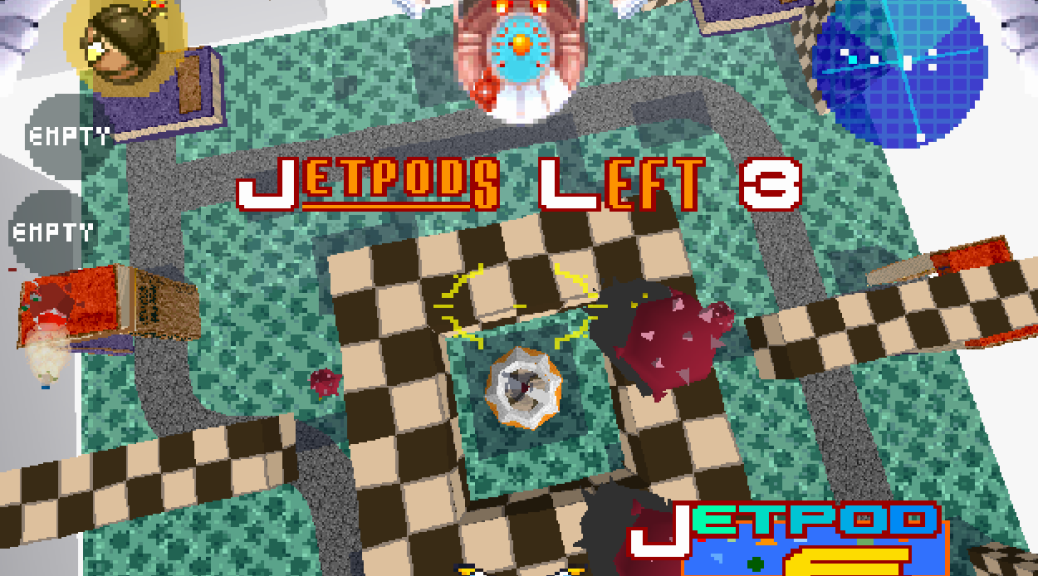 Jumping Flash! is a first-person platform shooter co-developed by Exact and Ultra and published by Sony in 1995.

You play as a jumping robot, called Robbit, who must collect a number of “Jet Pods” (which look more like big carrots) on each level, then stand on the exit pad. This must be done within a strict time limit.

END_OF_DOCUMENT_TOKEN_TO_BE_REPLACED

Now here’s a game that’ll make you laugh out loud… Pepsiman by Japanese developer Kindle Imagine Develop (aka KID). It was only ever released in Japan, although the game is entirely in English and features full motion video segments in English too.

Pepsiman was the Japanese Pepsi mascot who appeared in TV commercials for the famous soft drink manufacturer in the mid-to-late 1990s. He apparently became quite popular in Japan so naturally someone decided to make a video game based on him, and the resulting game is pretty funny. Pepsiman (the game) was apparently made on a low budget and sold for a low price when it came out, although I can’t find a reference to how much it sold for. If it was for the Japanese equivalent of less than ten pounds, then it was an okay purchase!

END_OF_DOCUMENT_TOKEN_TO_BE_REPLACED 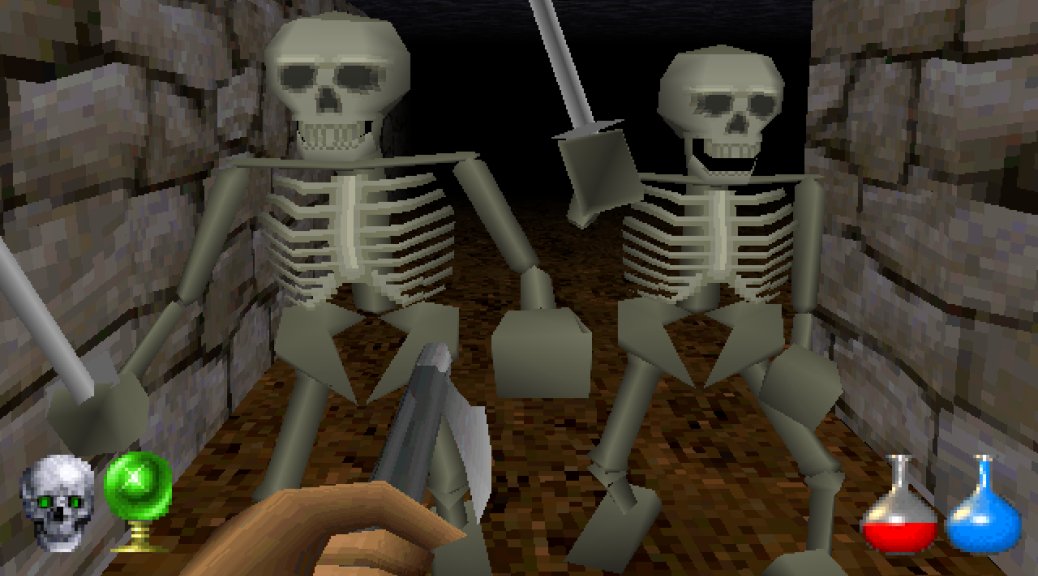 The PlayStation version of the classic Blue Sky Productions (later Looking Glass Studios) first-person RPG is unfortunately only available in Japanese, so is not easy to play for English-speaking gamers. No one has yet translated the game into English even though fans have been crossing their fingers since the game was first released way back in 1997 (24 years ago).

END_OF_DOCUMENT_TOKEN_TO_BE_REPLACED

Devil Dice is a unique dice-moving puzzle game for one to five players that was developed by Shift, Inc. and published by Sony and THQ on the PlayStation in 1998. It is considered by some to be one of the best puzzle games on the PS1.

Devil Dice was originally created for a Japanese developer competition and went on to sell more than a million copies worldwide.

END_OF_DOCUMENT_TOKEN_TO_BE_REPLACED Developed by Game Design Sweden AB, Kula World is an impressive ball-rolling puzzle game where you must roll around 3D mazes that are floating high above the ground and collect keys to unlock the exit.

END_OF_DOCUMENT_TOKEN_TO_BE_REPLACED

Called Gunner’s Heaven in its native Japan, Rapid Reload is a run-and-gun scrolling shooter with amazing 2D graphics, massive amounts of destruction, and lots of tough boss battles. It was developed by Media.Vision and published by Sony.

Rapid Reload was first released for the PlayStation in 1995 and made an immediate impression with gamers, predominantly because of the action-packed gameplay and the sheer amount of on-screen carnage. Outside of arcades, little had been seen on this scale before – at least in terms of the amount of stuff going on on-screen. You only have to play the first level to know what you’ve got in store when you play Rapid Reload.