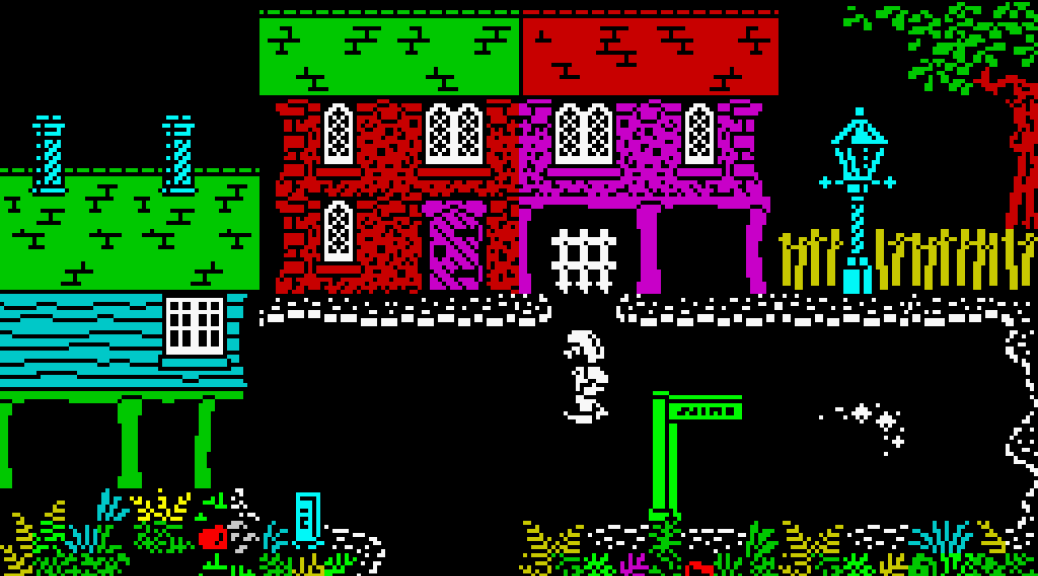 Game designer Stephen J. Crow made some seminal games for the ZX Spectrum, starting with Laser Snaker in 1983 and Factory Breakout in 1984 for Poppy Soft.

Crow then produced two smash hit classics for Bubble Bus Software with Wizard’s Lair and Starquake, both released in the same year, 1985. He then went on to create Firelord and program Zynaps for Hewson in subsequent years.

This five-year burst of creativity, from 1983 to 1987, showed a young designer quickly becoming confident of his coding and graphical skills and gradually improving his game design craft from game to game.

It could be argued that Wizard’s Lair is a clone of Ultimate‘s classic Atic Atac – and in some respects that is true – but what Crow did was actually unheard of… He actually improved on Atic Atac with Wizard’s Lair… Maybe not in terms of overall gameplay, because Atic Atac is Ultimate‘s best game, but he did manage to cram more interesting features and special effects into his version of the overhead/room shooter than Ultimate did in theirs, and the gameplay was different enough to be unique. The ammo system in Wizard’s Lair is a bit frustrating, true. And the game is quite difficult to make headway in too. Crow, though, was working out some clever game design skills and inadvertently breaking new ground as he went with Wizard’s Lair.

Arguably Steve Crow‘s ‘magnum opus’ was Starquake, published by Bubble Bus Software in 1985. Controlling a cute walking head, waddling around a maze of colourful caverns, Starquake was given a unique twist with Crow‘s unusual take on platforming and shooting. Starquake also got more interesting the deeper you went into the game, and with its teleport and core puzzle game mechanic was graphically very interesting and varied too. At least for a 48K Spectrum game… Starquake is easy to play, but tough to beat. Like all of Crow‘s games.

Firelord, published by Hewson in 1986, proved to be Crow‘s last full game as programmer and auteur designer of a ZX Spectrum game. Beautiful graphics, combined with subtle, clever gameplay, with a maze/shooting element. A lot of people didn’t get it, but Crow still managed to show his prowess at Spectrum game design.

From 1986 through to 1988 Crow also worked on a number of conversions for Hewson and Graftgold. Pretty much all ZX Spectrum conversions of games from other systems, like Uridium, Netherworld and Eliminator. Finally Crow created the graphics for Probe Software‘s tank shooter Heavy Metal in 1990, then moved on to pastures new.

LISTS: as created by The King of Grabs, in chronological order:

Starquake even made it to the Atari ST in 1988 via Mandarin Software. 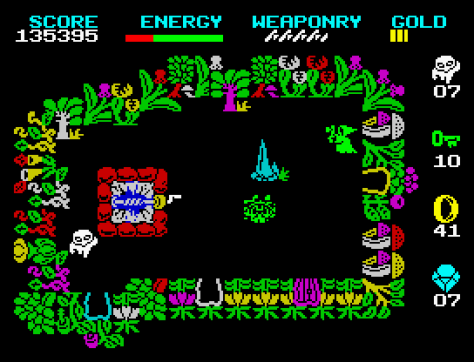