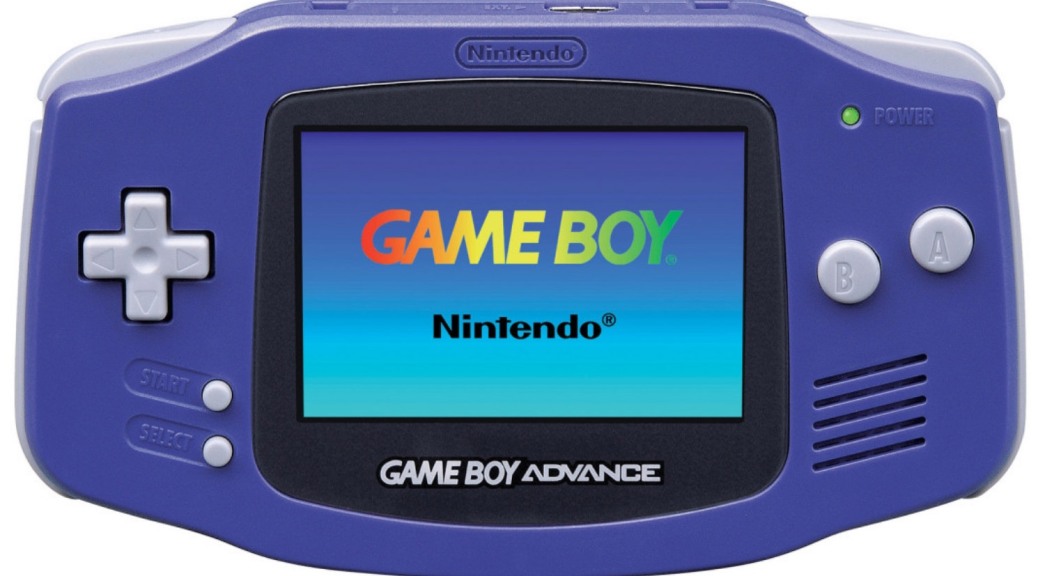 The Nintendo Game Boy Advance is a 32-bit handheld video game console that was first launched in 2001 and went on to become a best-seller. Ultimately selling over 80 million physical units worldwide, until its discontinuation in 2010.

The GBA, as it is affectionately known, is renowned for being both versatile and powerful. In fact, many people refer to it as a “Super Nintendo in your hands” although the technical truth is a little more complicated than that.

It is, though, a very capable games machine and over its lifetime had a multitude of classic games released for it.

The Game Boy Advance screen resolution is only 240 x 160 pixels, with 32,000 colours available on-screen at once, but many developers managed to make the machine feel bigger than it actually was. Personally, I put the GBA up into my top five games console of all-time, because it has such a fantastic library of great games.

The GBA also has backwards compatibility with the original Game Boy, and Game Boy Color, so the choice of software available for the system is pretty mind-boggling.

The GBA also had a number of variations made during its lifetime, including the Game Boy Advance SP (SP meaning “Special”) which had a clamshell (or ‘laptop’ style) folding screen, and the Game Boy Micro (a smaller, lighter version of the GBA, but without the backward compatibility).

This week I’m going to be publishing grabs and write-ups of some of my favourite Game Boy Advance games.

I hope you enjoy,
The King of Grabs 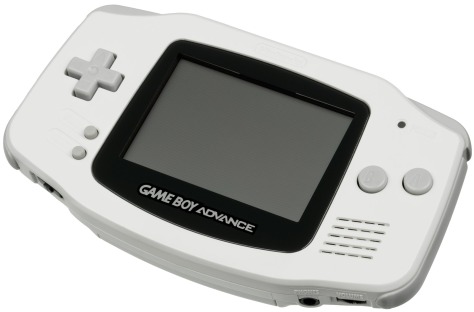 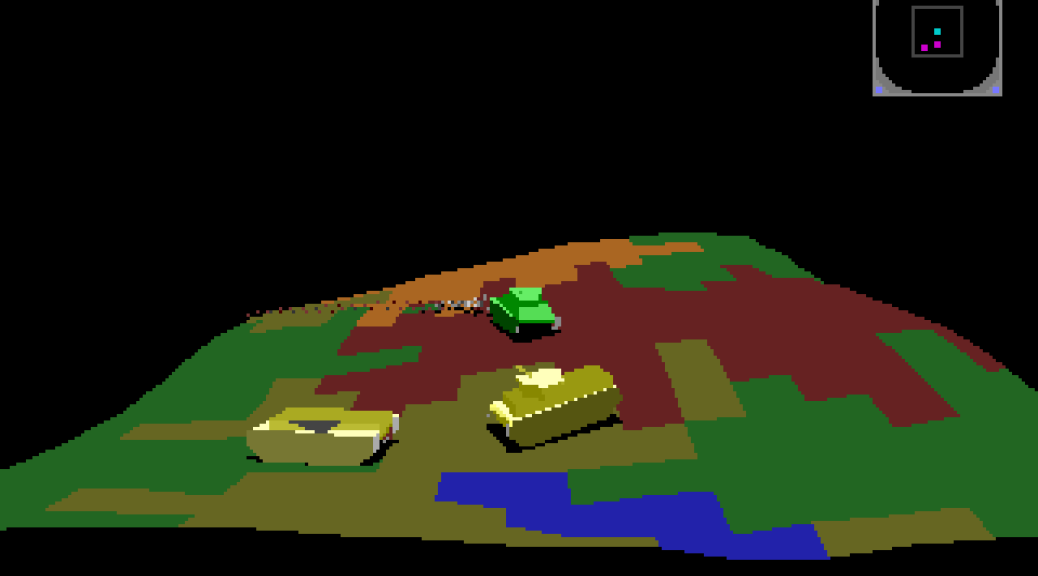 Conqueror is a 1988 release from Superior Software, designed and programmed by Jonathan Griffiths. It’s a 3D tank game that was released as a sequel to Zarch – and it uses the same game engine.

END_OF_DOCUMENT_TOKEN_TO_BE_REPLACED 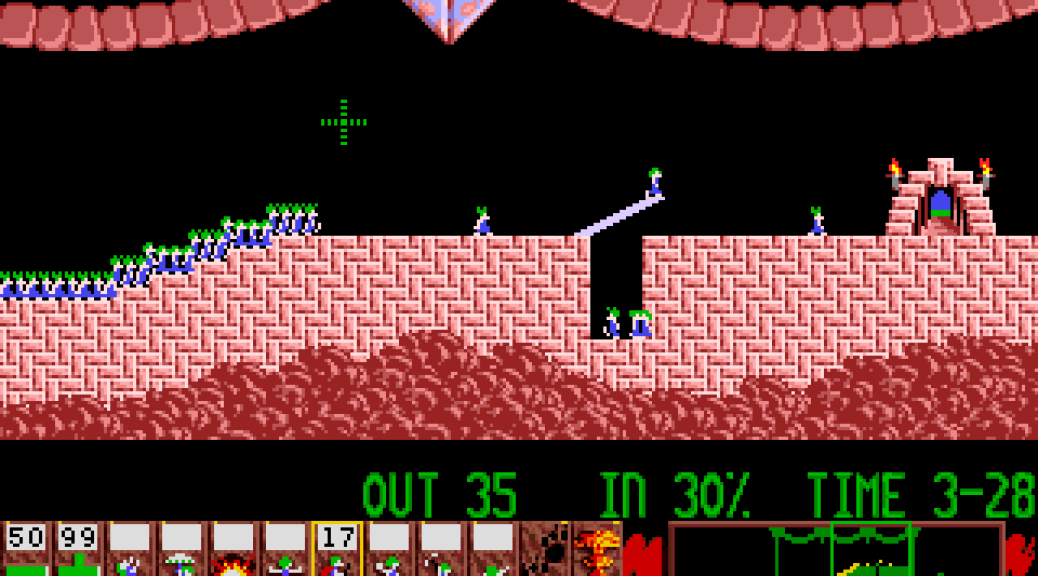 The Acorn Archimedes version of Lemmings is arguably the best version around. Everything about it is rock-solid.

END_OF_DOCUMENT_TOKEN_TO_BE_REPLACED 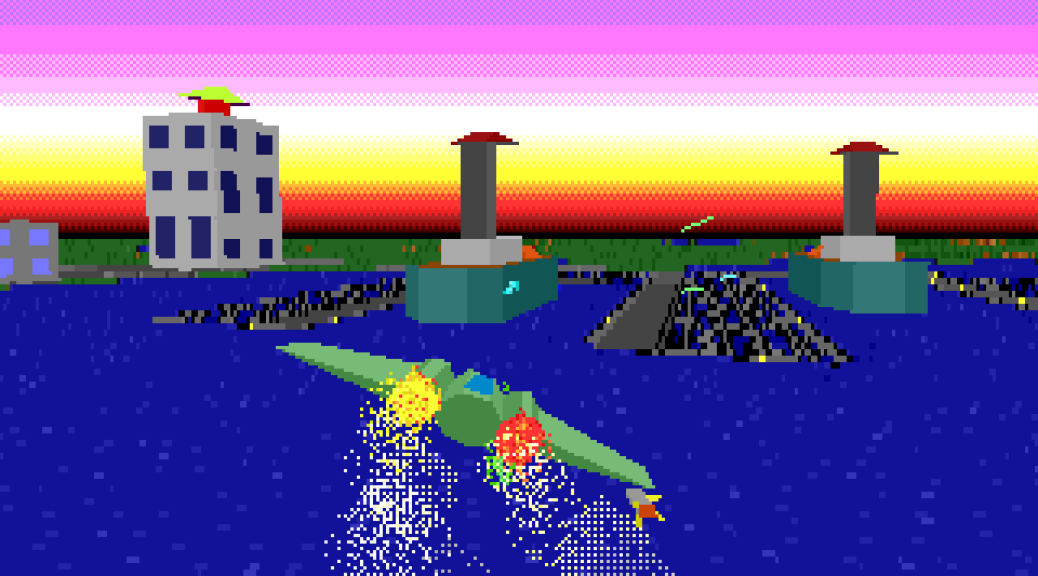 Also known as “Star Fighter” in some quarters, Star Fighter 3000 is a game from Fednet Software, published by Krisalis in 1994.

It’s a third-person shooter with relatively primitive 3D graphics, in a similar kind of style to Nintendo‘s Star Fox.

END_OF_DOCUMENT_TOKEN_TO_BE_REPLACED 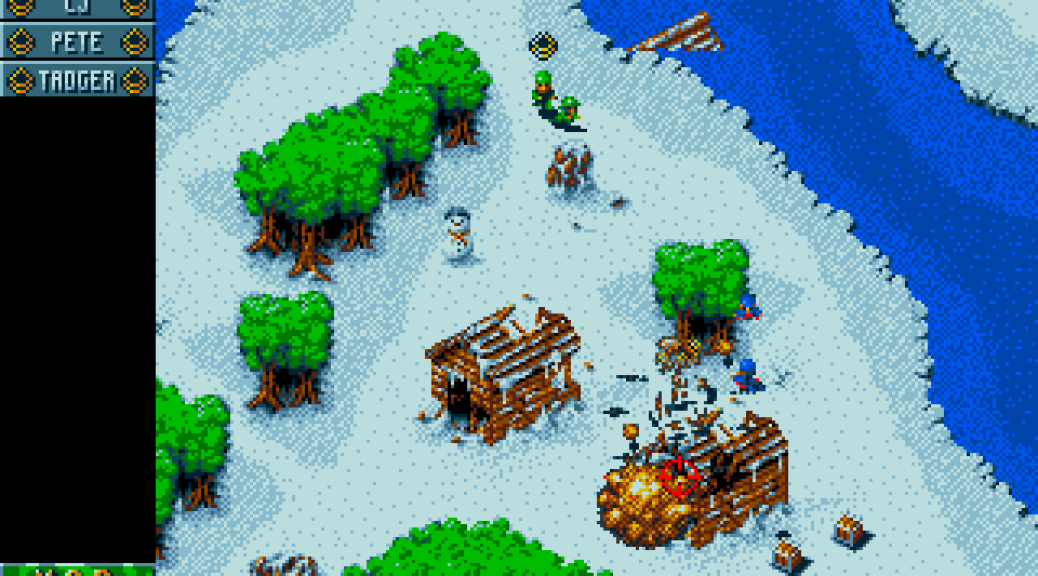 The Acorn Archimedes conversion of the classic Cannon Fodder is pretty much identical to the Amiga original, even down the music, which is not always the case with Cannon Fodder conversions.

END_OF_DOCUMENT_TOKEN_TO_BE_REPLACED 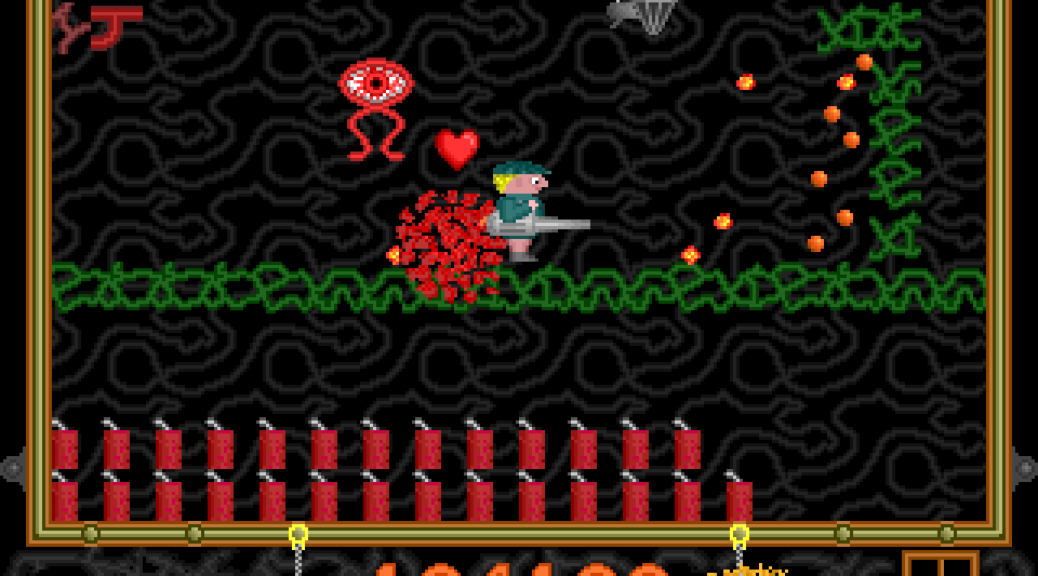 Asylum is one of those games that looks a bit rubbish, but – when you get into playing it – you gradually realise that it’s actually really rather good.

It’s a scrolling, run-and-gun-style platform game with cartoony graphics and bouncy jumping, and you pick up better weapons and collect bonus items for extra points.

END_OF_DOCUMENT_TOKEN_TO_BE_REPLACED 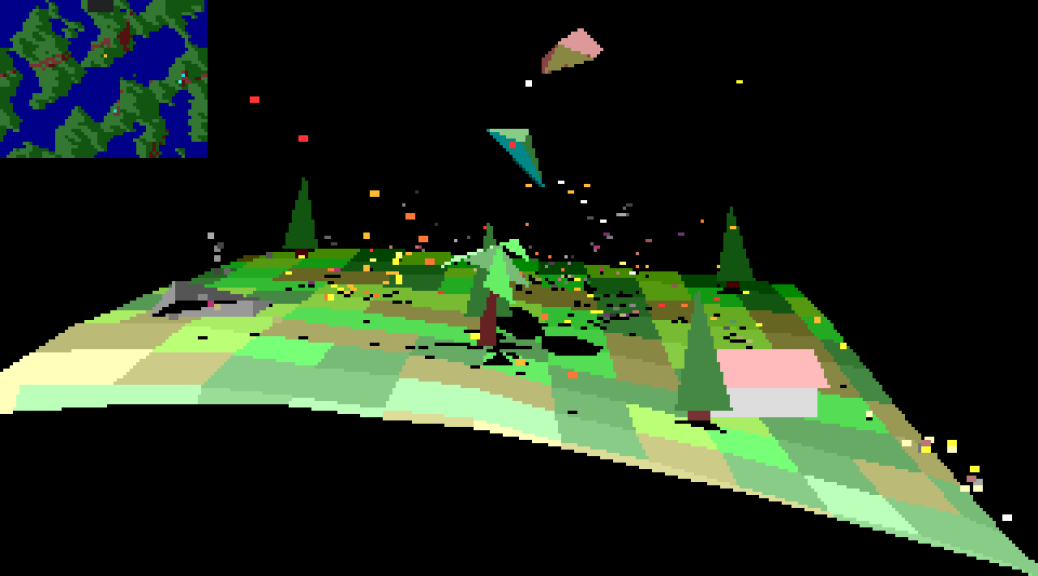 David Braben‘s 1987 shoot ’em up, Zarch, is probably the most well-known Archimedes game around. It was an early release for the Acorn computer and it really made the gaming world sit up and take notice.

END_OF_DOCUMENT_TOKEN_TO_BE_REPLACED 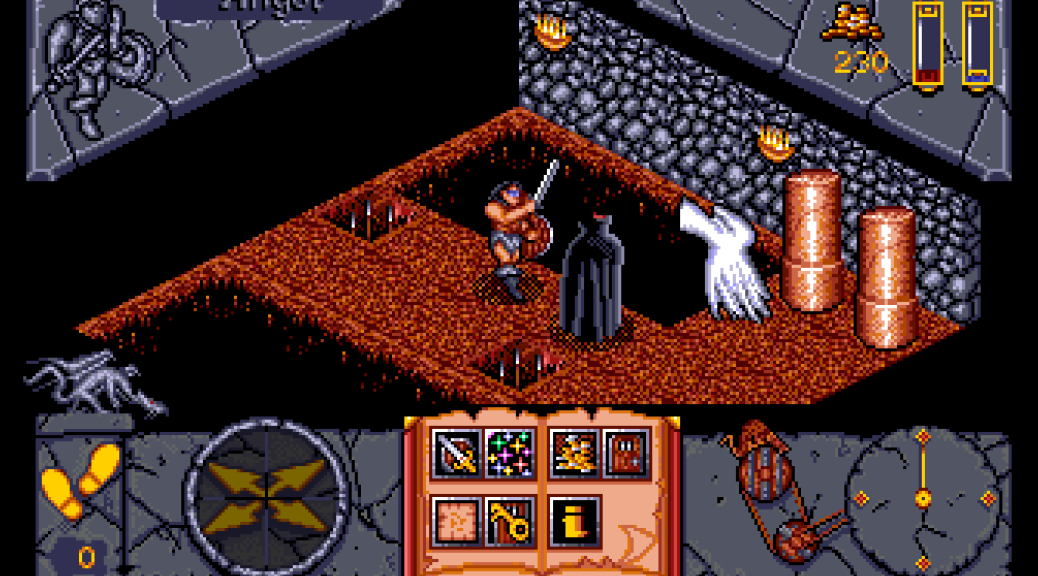 HeroQuest II: Legacy of Sorasil was developed and published by Gremlin Interactive in 1994. It is an isometric, level-grinding adventure based on the Milton Bradley board game, with simple, console-like controls and surprisingly absorbing gameplay.

END_OF_DOCUMENT_TOKEN_TO_BE_REPLACED 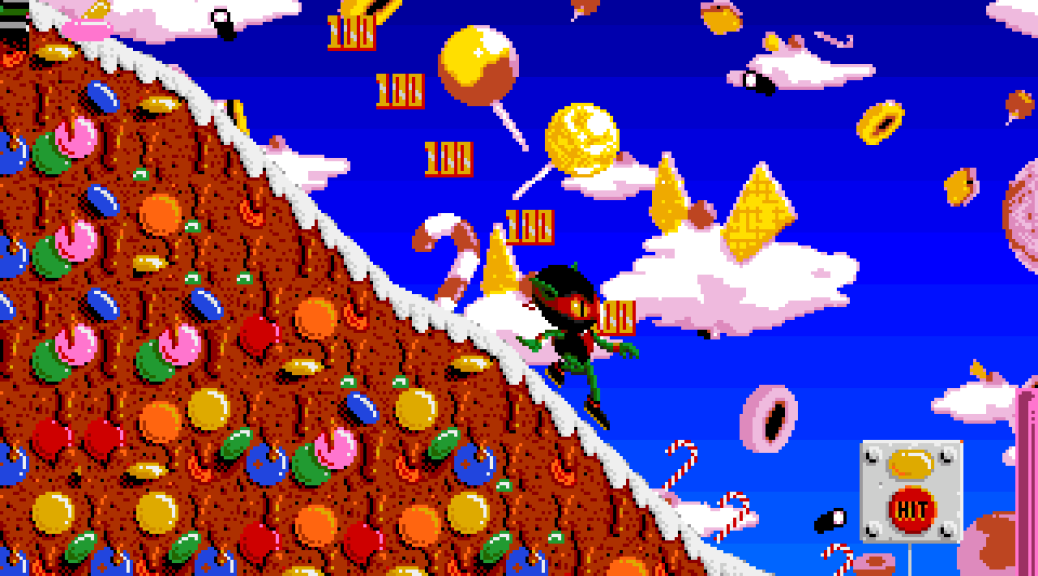 Gremlin‘s Zool appeared on virtually every (capable) platform, back in the early ’90s when it was first released. And – having originated on the Amiga – porting it to the CD32 seemed like a no-brainer.

Which it was, and the CD32 conversion – in my opinion – is arguably the best version of Zool, outside of the SNES version. 🙂

END_OF_DOCUMENT_TOKEN_TO_BE_REPLACED 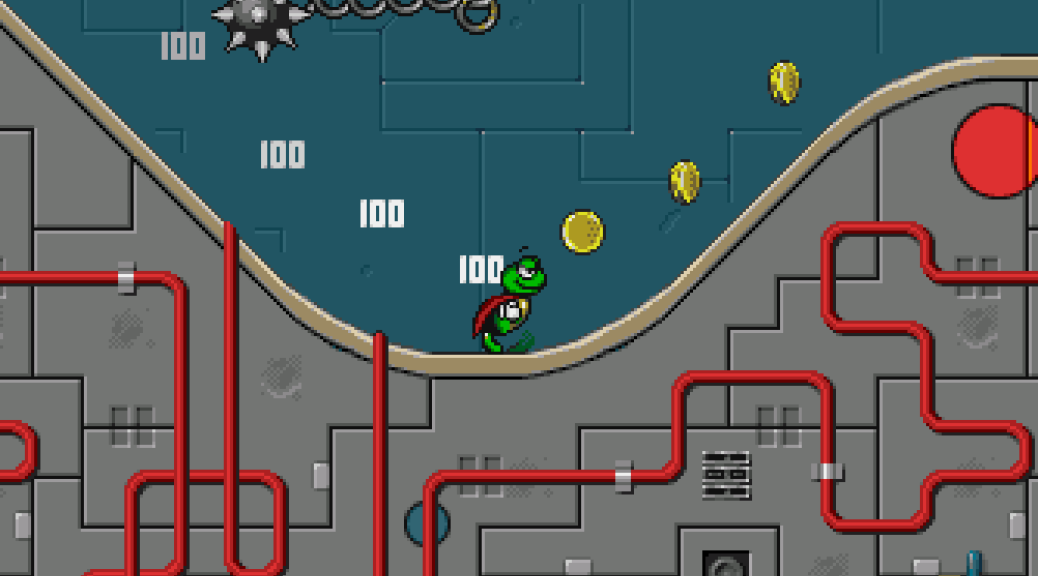 Superfrog is an Amiga-based platform game, developed by Team 17 and first published in 1993, although this CD32 conversion followed later, in 1994.