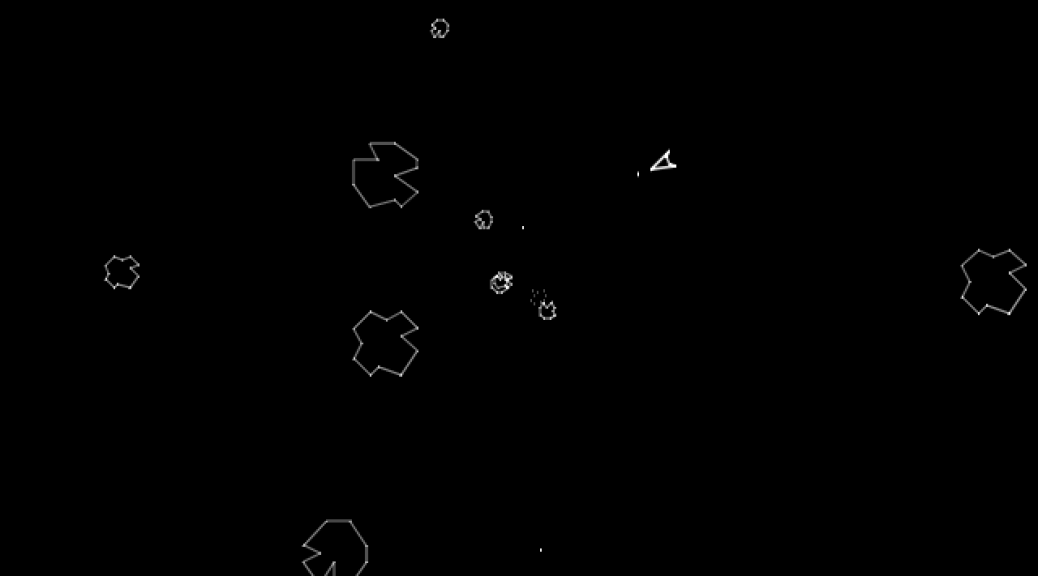 Released in November 1979, Atari‘s Asteroids was an instant hit with gamers.

It featured a vector graphic-based, black and white display, with a player-controlled triangular ship, moving in space and firing at moving rocks.

When shot, the asteroids break up, making smaller, harder-to-hit pieces of debris. Any of which can hit your ship and lose you a life.

You can thrust forward using boosters, and have a limited “hyperspace” warp for avoiding close encounters. There are flying saucers too, which fire bullets at you.

And that’s pretty much it. Asteroids is a pure, unadulterated inertia-based blaster from a bygone era, and one of the most popular arcade games of all time. 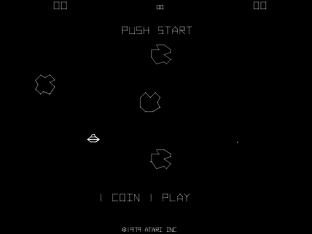 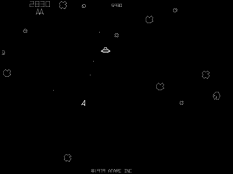