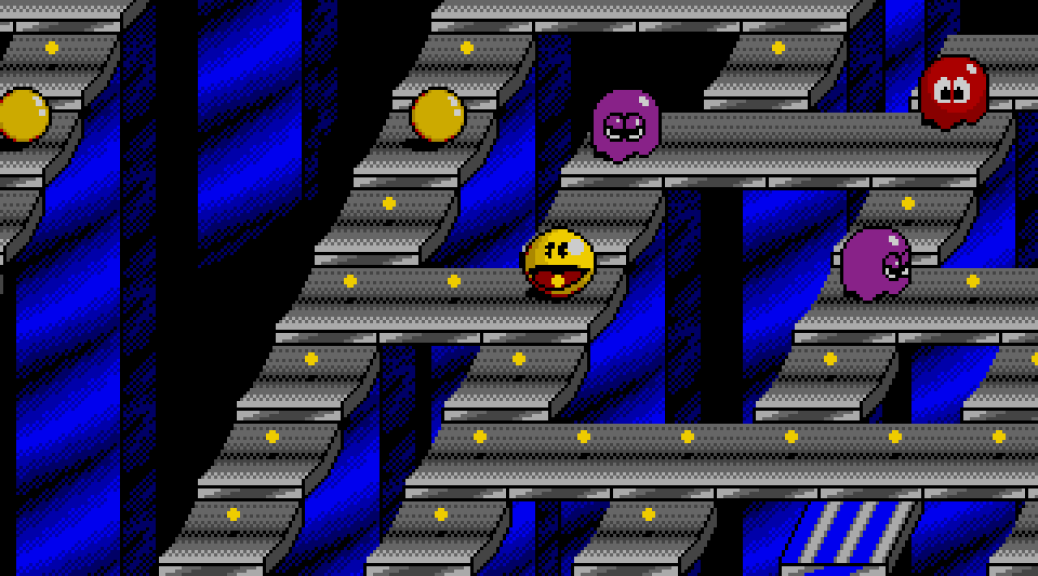 Luckily for Archimedes owners they have an almost perfect conversion of Namco‘s classic Pac-Mania – aka the Pac-Man who can jump – and it’s an excellent game. It was developed by Krisalis Software and published by Domark in 1991.

Pac-Mania on the Archimedes features beautiful isometric graphics, smooth scrolling, and jolly music, and it is a lot of fun to play – mostly due to its responsive controls and addictive gameplay. Pac-Mania doesn’t seem to get mentioned on many ‘best-of’ Archimedes lists, but I rate it as one of the best games on the system. It certainly beats many of the original games released on RISC OS.

You get three [virtual] credits to play with, so that you can continue after ‘game over’. Plus: you can choose to start on Round 1 (easy), 2 (medium) or 4 (hard), so the game’s developers at least give you a decent chance of seeing most of what the game has to offer before getting bored.

Of course the major appeal of Pac-Mania is Pac-Man‘s ability to jump. He can jump over ghosts (if he’s lucky – they sometimes change direction to catch you out), and can also jump over power pills to save them for later. Adding jump to the game really gives it an extra dimension. Otherwise, it’s the same Pac-Man we all know and love – wakka-wakka-ing around a maze, trying to avoid chasing ghosts. Players should be aware that the original Pac-Mania was designed by Pac-Man‘s original designer, Toru Iwatani, which – unlike many other Pac-Man sequels – was not the case.

One last thing to mention about this Archimedes conversion is that the people who made it have a significant pedigree in the video games business, thus the game’s inherent slickness. Krisalis Software founders, and programmers of this game, Shaun Hollingworth and Pete Harrap in particular. Both Hollingworth and Harrap created many games for Sheffield-based Gremlin Graphics, before setting-up Krisalis. Harrap is probably best known for creating the Monty Mole series of games. The late Ben Daglish, who wrote the music for this game, was also a computer musician of some repute. I mention this because these guys really know how to produce professional games software that stands head and shoulders above most other games on the Archimedes. 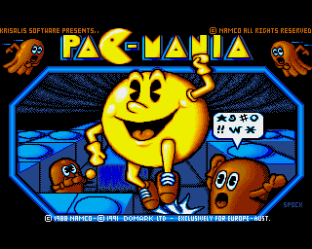 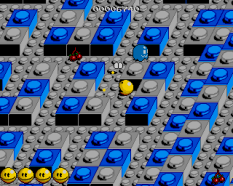 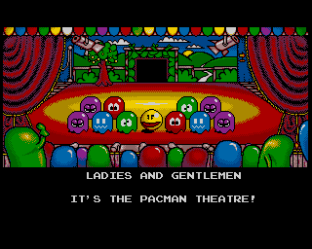 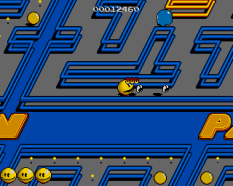 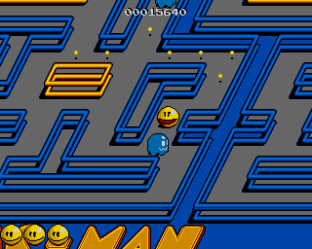 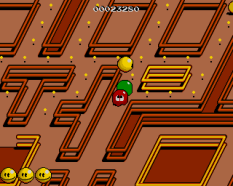 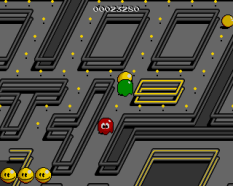 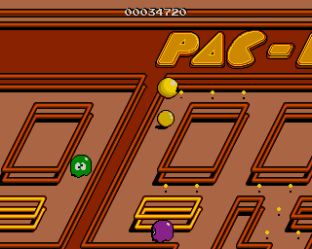 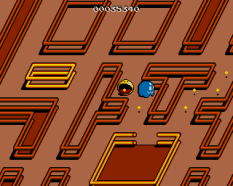 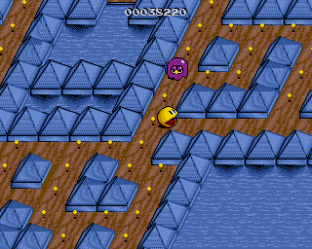 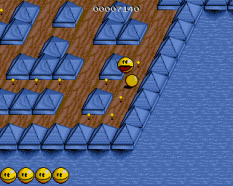 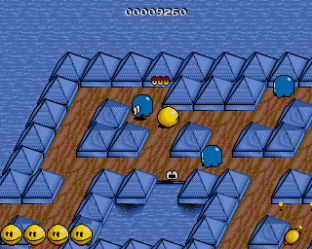 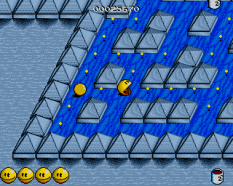 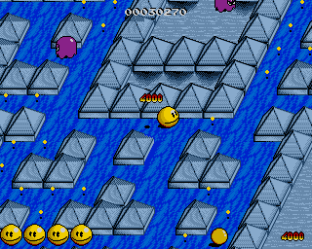 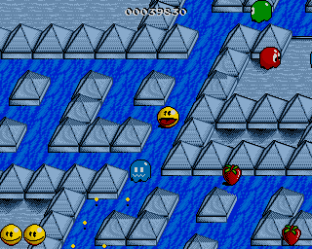 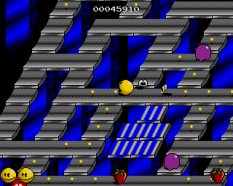 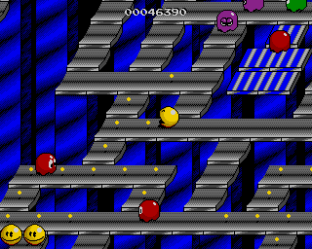 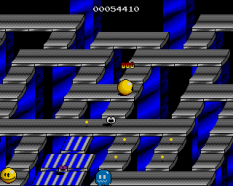 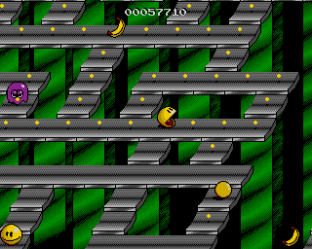 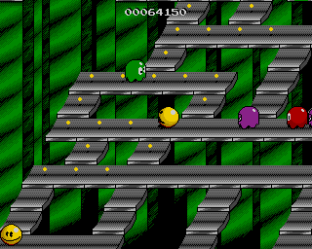 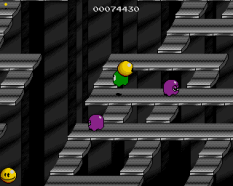 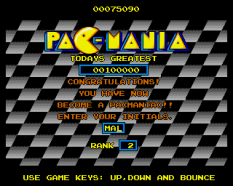 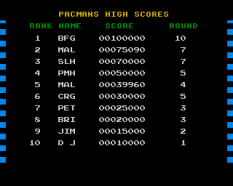 One thought on “Pac-Mania, Archimedes”