Ugh… Now this is a turkey of a game if ever I saw one… Created by Tong Electronics in 1982, Leprechaun is a dour collect ’em up that was designed for children but in fact offends their intelligence.

In fact: it would probably offend everyone now, except for those people who want to play the worst video games of all time, in which case it is probably mana from heaven…

END_OF_DOCUMENT_TOKEN_TO_BE_REPLACED 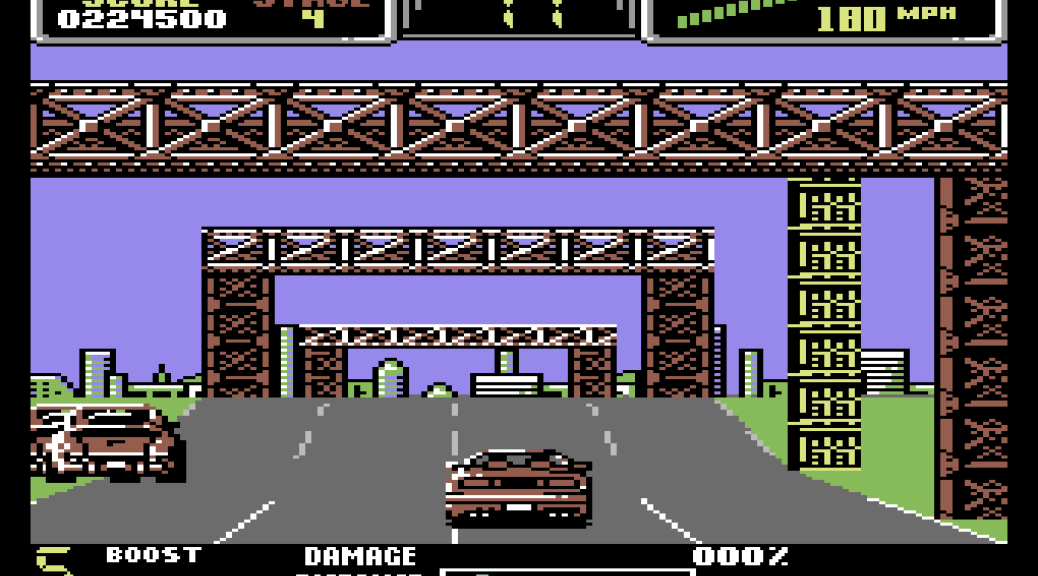 Special Criminal Investigation is quite a ‘special’ game. It is part of the Chase HQ series and was released on cartridge only, for the Commodore 64 at least, by Ocean Software in the UK.

SCI was also released late in the Commodore 64‘s lifetime (in 1990 to be precise), so benefited from coders knowing advanced programming techniques that could push the beige bread bin further than it had ever been pushed before.

And the result is a fast-paced, visually-impressive, and highly playable racing game. Sorry, chasing game… A conversion of the Taito arcade game, sometimes known as simply S.C.I. or Chase HQ 2: Special Criminal Investigation.

END_OF_DOCUMENT_TOKEN_TO_BE_REPLACED

Sometimes known simply as S.C.I. or Chase HQ 2: Special Criminal Investigation, this high octane driving sequel to Chase HQ is another fast-paced driving game with you playing a cop hot on the heels of some nasty criminals.

It was developed and manufactured by Taito and released into arcades in 1989, and – for my money – is one of the most exciting and heart-pumping 2D chase games ever made.

END_OF_DOCUMENT_TOKEN_TO_BE_REPLACED

Ape Escape is a cute 3D chase game where you basically have to collect escaped apes by hunting them down within the landscape and catching them in your net or using some other gadget to catch them. It starts off easy and gets progressively harder.

END_OF_DOCUMENT_TOKEN_TO_BE_REPLACED

Taito‘s Chase HQ is an intense arcade driving game where you chase down criminals and have to bash them into submission with your vehicle.