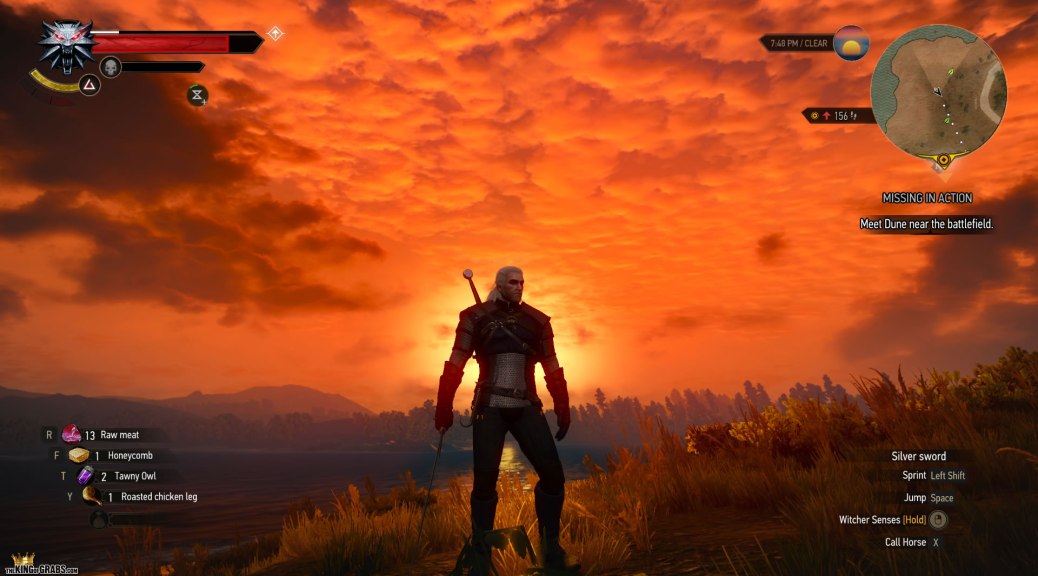 Level-Grinders; Dungeon-Crawlers; Role-Playing Games – whatever you want to call them – they are my (and many other people’s) favourite type of video game.

They allow you to build up your characters via the process of levelling. That is: by gaining experience, which in turn increases your character’s power levels.

Level-Grinders also allow you to hoard virtual items that don’t exist in the real world; accumulate unimaginable wealth in an imaginary world, and solve mysteries while you’re doing it.

Over and over again. For the love of the grind…

END_OF_DOCUMENT_TOKEN_TO_BE_REPLACED 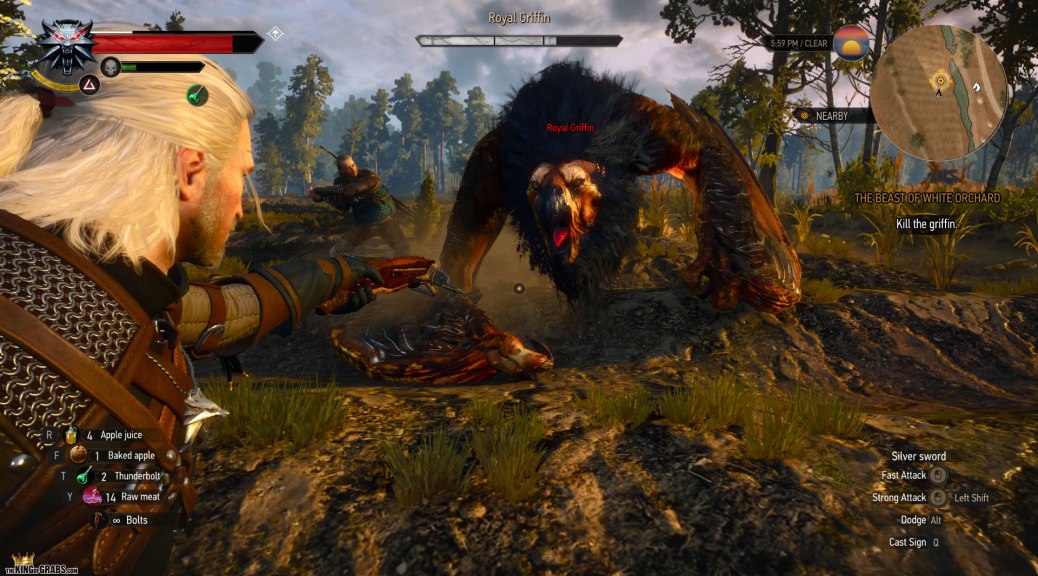 First released in 2015, CD Projekt Red‘s The Witcher 3: Wild Hunt is a third-person, open world Role-Playing Game that is based on a series of novels by the Polish author Andrzej Sapkowski.

Obviously it is the third instalment in the series (and last, according to the developers), and in it you play a monster-hunting detective badass called Geralt – a Witcher; a carrier of two swords (one steel, for killing humans, and one silver, for killing monsters); and a superhuman solver of problems with acute senses and no emotions.

One thing that immediately becomes apparent, when playing this game, is that it is a VERY adult game – it is not for kids. Which is a good thing, in my opinion, because video games have incorrectly been labelled as “for kids” since the dawn of time. The Witcher 3‘s dialogue is peppered with laugh-out-loud humour, profanity, and great characterisation. There are sex scenes, but these are not gratuitous – they actually add to (and change the course of) the story. And, of course, there is violence galore, with both monsters and people being hacked-up in the most gruesome manner (again: not gratuitous, but relatively realistic).

The second thing that becomes apparent when playing The Witcher 3, or at least it did to me, is the fact that this game is VASTLY better than Skyrim. A game I love to be honest, but one that seems second-best when compared next to this. Comparing The Witcher 3 directly to Skyrim is not entirely fair as there are a number of years between them, and developer CD Projekt Red have openly admitted to loving Skyrim, but not wanting to make the same mistakes that Bethesda did in making that game. And – on the whole – they have succeeded. There are less game-breaking bugs in this, less illogical paradoxes in the script, and the story and dialogue is a DAMN SIGHT better than Skyrim‘s. In fact: I might have to say that The Witcher 3: Wild Hunt is arguably the best-written game of all time. Not to mention fantastic to play on all levels… The combat; the quests; the side-games (I’m not particularly fond of Gwent, the in-game card game, but I can at least see it is a sound creation, if a little difficult without a decent deck) – it is clear that a lot of thought has gone into how the game plays.

And it certainly looks amazing too. The environments, weather and light modelling, and all the models and animations are – quite frankly: amazing. It’s an incredible piece of world-building.

There are no two ways about it: if you like story-driven, single-player RPGs, The Witcher 3: Wild Hunt is a MUST PLAY game. If you don’t yet own it: wait for the next Steam/GOG.com sale and get it bought; get it played; and let it own you.

Note: I have filtered out all the swearing and nudity from these grabs, because that’s not what this blog is about. Although I very much love the profanity and humour in this game I wanted to keep this post relatively clean. Profanity is not “bad language” – as some people like to argue – but is a colourful and common form of language use. 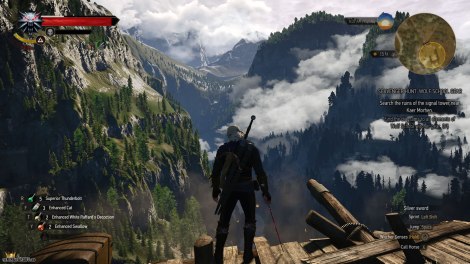