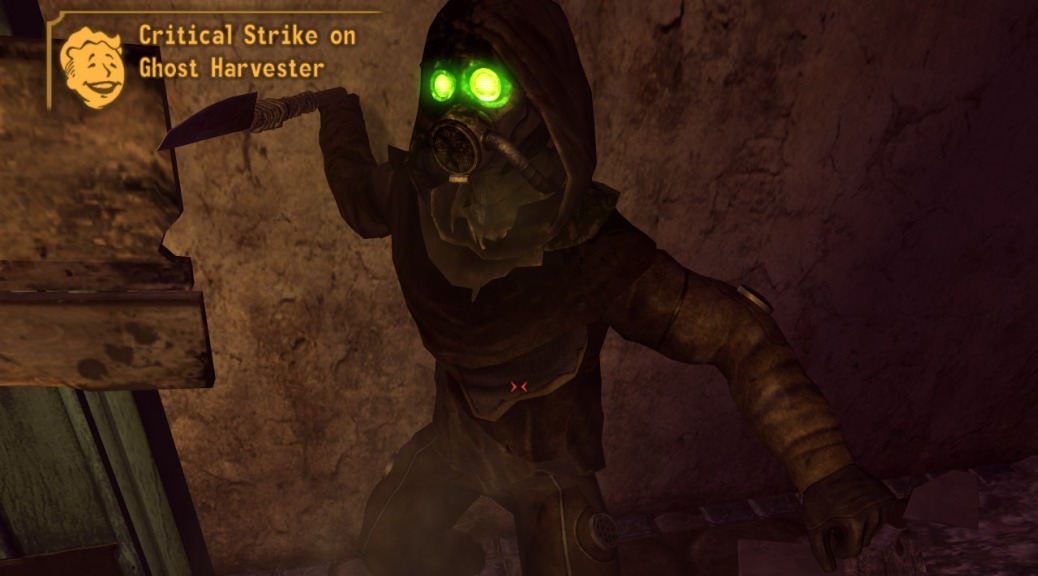 What makes it so good, from my perspective, was that it managed to elicit a strong emotional response from me, in a way that few games have ever managed in the past. And – without giving too much away – it was because of the character of Christine – a woman (and captive) that you meet in the game who is damaged, unfortunate, a mute, and who obviously has a bit of a crush on the player character, which becomes apparent during their interactions.

In Dead Money, The Courier (that’s you – the player character) is captured by an insane former elder of The Brotherhood of Steel and is forced to work alongside three other captives to stage a heist on the Sierra Madre Casino, and to retrieve its fabled treasure which has been long concealed from the rest of the world by a deadly toxic cloud.

Dead Money begins with you being lured into an abandoned bunker by a mysterious radio signal advertising the grand opening of the Sierra Madre Casino. As you approach the source of the broadcast you are gassed and pass out. Upon awakening you discover that you’ve been transported to the town below the casino and now have a bomb collar around your neck. A guy called Father Elijah explains your predicament: follow his instructions or “boom!” the collar will go off. He wants you to round up three other “companions” and perform a heist on the casino’s gold. If any of you try to escape or work together to thwart him: he’ll explode the collars on all of you.

The town has patches of toxic fog floating over it and walking through it will kill you within seconds if you don’t quickly find safety. Also: the streets are patrolled by weird, heavy-breathing “ghosts” that will attack you if they see you. These ghosts come in different varieties and wear gas masks with glowing eyes. They move slowly initially, but burst into action when they’re near you, and the only way to keep them down is to decapitate them or blow them to pieces. You can usually hear them before you see them and they’re generally quite terrifying.

And, as if all that wasn’t bad enough, an unfortunate side effect of the bomb collar is that speakers and radios interfere with it, causing it to start beeping more quickly when they’re nearby. Your only defence against this is to either get out of range of them, or find them and switch them off (or destroy them). This creates pockets of ‘no-go’ areas that can kill you if you linger in them too long. It also ratchets-up the tension as you explore.

Later on, when you get into the casino, you’ll start to encounter deadly holographic guards that can use ‘mind blasts’ to attack you. Dead Money is a challenging place to survive, but of course that’s all part of the fun of this great DLC. Dead Money is meant for players who are level twenty or above, and is not for the faint of heart.

There are new weapons, new achievements, new crafting recipes, and Dead Money also increases the level cap by five. Gameplay-wise Dead Money is atmospheric, creepy, and absorbing. The music in particular is excellent. The game is unique among the Fallout: New Vegas DLCs because it is the only one of the story-driven add-ons that can be played through only once (within the same game – you can of course re-play it if you load an older save). As it says in the intro sequence: “Getting in to Sierra Madre is not the problem. Letting go is.”

I felt very sad after completing Dead Money for the first time, even though you do get a nice reward for completing it. I don’t want to say too much because I don’t want to spoil the game for those who haven’t played it, but what I will say is that Dead Money is one of my favourite games of all-time and is one of the only games I’ve ever played that almost drew me to tears. I highly recommend that people play through it at least once. Oh, and ignore the negative reviews on Steam – the people who wrote them wouldn’t know a good game if came up behind them and tickled their arse… Dead Money is well-written and a fantastic game. 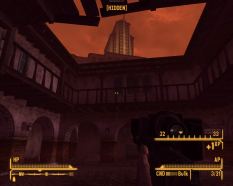 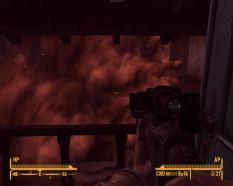 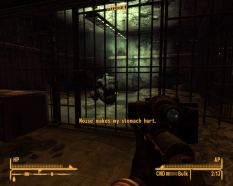 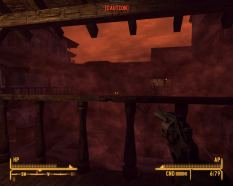 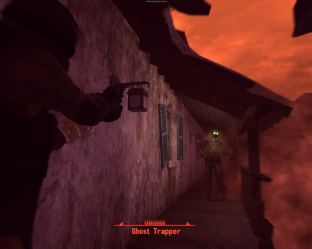 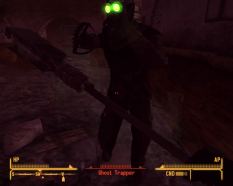 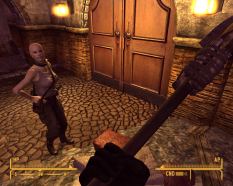 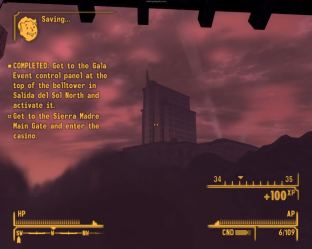 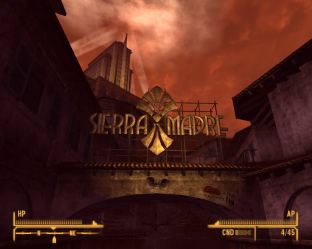 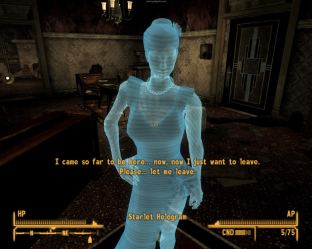