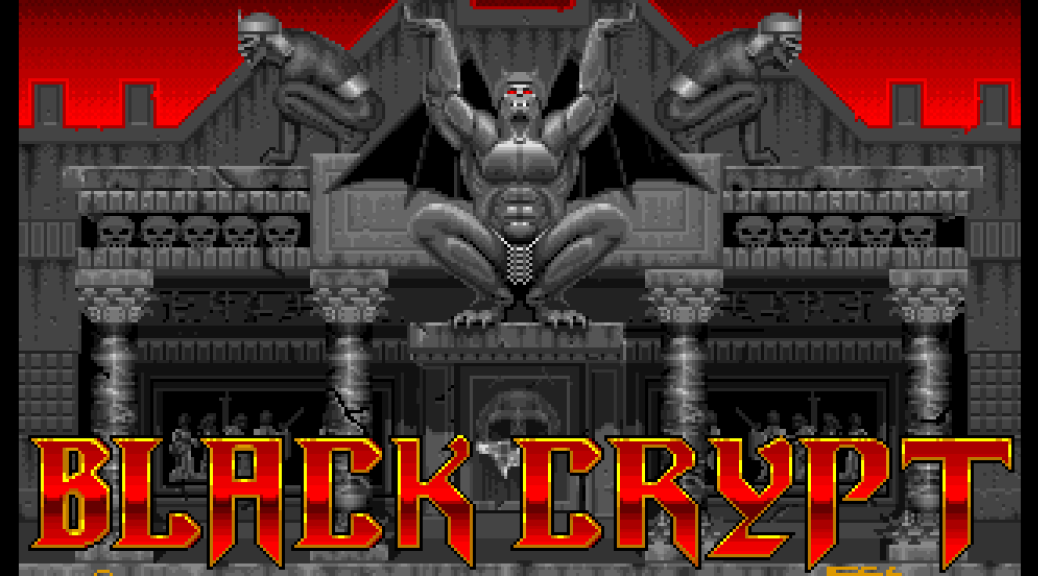 Black Crypt is the first game developed and released by Raven Software, and also an unashamed rip-off of FTL’s Dungeon Master. And it is not a bad one at that.

Unlike in Dungeon Master, you can only create characters from scratch, so can’t choose from any pre-made characters.

Black Crypt is tough. But it is worth a play. It was first released in 1992. And has reasonably nice, colourful graphics, as you can see here.

There’s always a scary-looking door in these games.

This two-headed Ogre is not particularly friendly.

Found an ornate jewellery box in an alcove.

This eye creature can fly around and attack you like a wasp.

Door in the distance.

This is the first time I’ve seen a monster that walks on the ceiling in these type of games.

Dunno what this is, but it looks like trouble! Leg it!!!