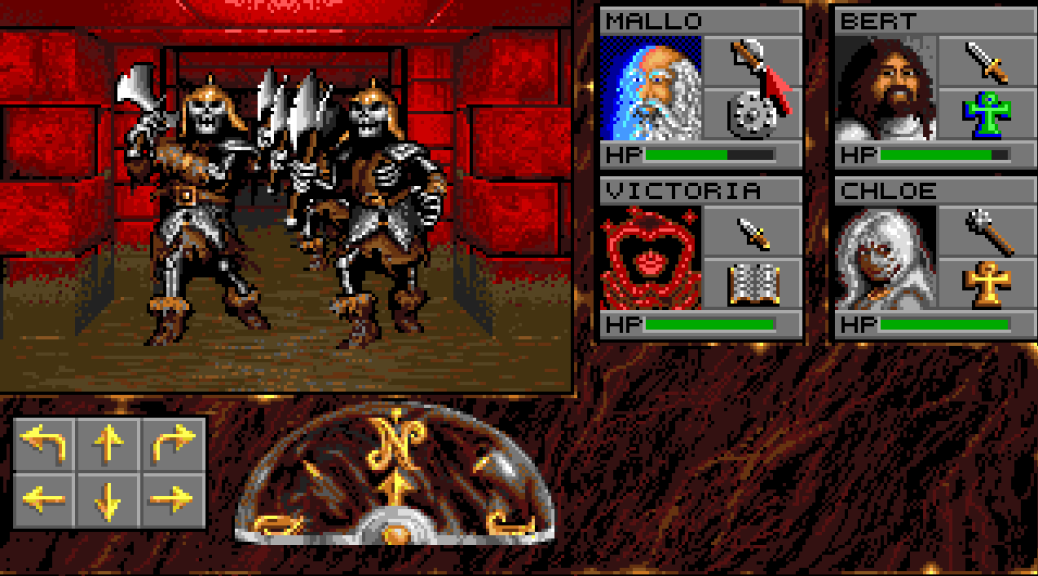 Eye of the Beholder for the Amiga was developed by Westwood Studios and first published by SSI in 1991. I believe it came out at the same time as the MS-DOS version, so is one of the original versions. And it truly is a brilliant game.

The Amiga version has excellent mouse and keyboard controls as you explore the various tile-based levels. You can use a combination of mouse and keys to move, and attacking is done by right-clicking on a held weapon on the character panels. If you accidentally left-click on weapon, though, you will remove it from a character’s hand, so you must remember – in the heat of combat – to absolutely not do that, otherwise you’ll knack yourself.

All the levels feature an array of devious puzzles, traps, and monsters, and the atmospheric sound effects make it a very scary and absorbing game to play.

Combat is real-time, and is generally excellent. Monsters move around, and chase you, through the maze of corridors, and you can usually hear them long before you can see them. While most monsters are best taken out as soon as possible, some will re-spawn, so it’s sometimes better to run around them and try not to trap yourself in a dead end. Using maps to play the game will help a lot.

The section on level four with the spiders is terrifying. Not because I’m afraid of spiders, but because the noise they make is relentless and it makes you feel like they’re all around you. Which they are, and they also keep re-spawning. Trying to survive that section is very tense, and when you’re out of it there’s a huge feeling of relief. But the spiders are just a taste of what’s to come later in the game. There are much deadlier creatures lower down in the dungeons…

Eye of the Beholder is very similar to FTL‘s classic 1987 game, Dungeon Master. Some might even say that it’s a “clone” of that game. Regardless: it’s an amazing game, and although it’s not quite as good as Dungeon Master (in my humble opinion), it runs very close. In Eye of the Beholder you don’t have to worry about having enough light, or having to walk around in darkness; the game focuses more on combat and puzzles, and it is very well-designed. 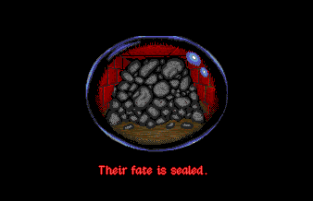 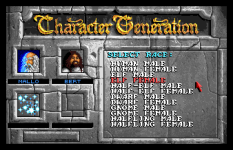 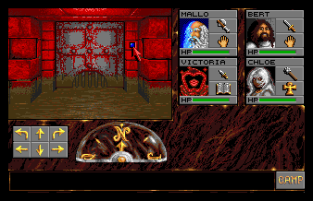 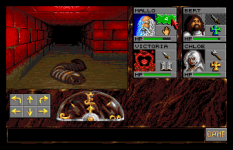 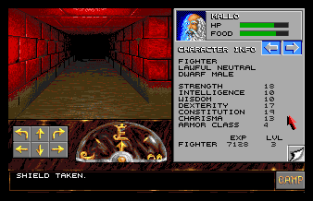 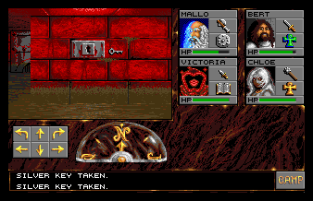 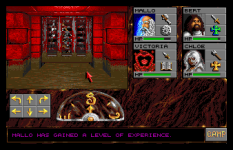 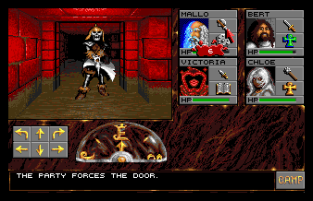 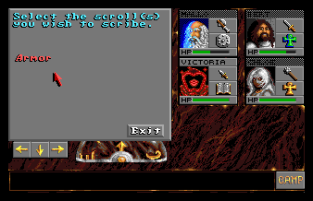 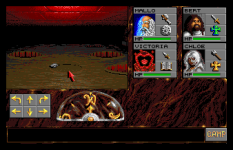 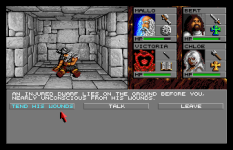 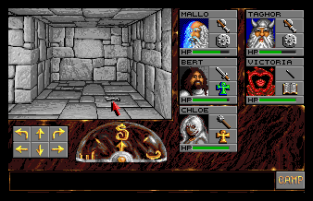 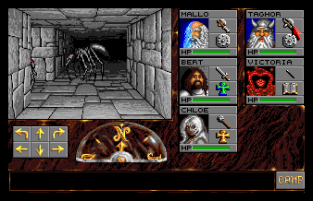 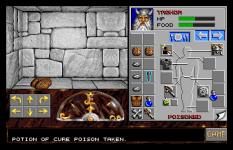 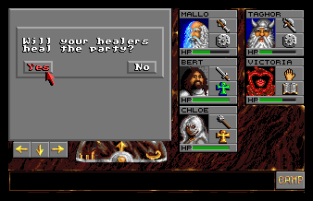 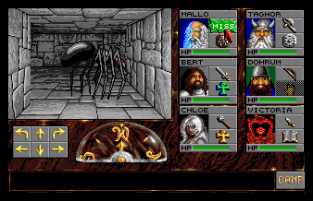 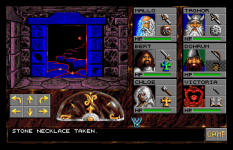 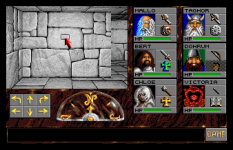 3 thoughts on “Eye of the Beholder, Amiga”