Rebellion‘s Rogue Trooper was originally released in 2006 for Windows, PlayStation 2 and XBox, and it was remastered in HD by Tick Tock Games and re-released in 2017. It is the remastered “Redux” version that we’re looking at here.

For those who don’t know: Rogue Trooper is based on the character made famous in the British comic, 2000AD. Famous enough for him to have appeared in a ZX Spectrum game in 1986, and an Amiga/Atari ST game in 1991. And also slated to appear in a forthcoming film by Duncan Jones, who directed Moon (2009), and Warcraft: The Beginning (2016), among others. So Rogue Trooper does have some pedigree.

END_OF_DOCUMENT_TOKEN_TO_BE_REPLACED

The Atari ST version of Krisalis Software‘s 1990 adaptation of 2000AD comic anti-hero, Rogue Trooper, is the same as the Amiga version, except with a more standardised display area and without the smooth scrolling.

The scrolling is pretty jerky to be honest although it doesn’t ruin the game. Control responsiveness isn’t as good as the Amiga version either, but it’s good enough.

END_OF_DOCUMENT_TOKEN_TO_BE_REPLACED

This adaptation of 2000AD‘s famous comic character, Rogue Trooper, was developed and published by Krisalis Software for the Amiga and Atari ST in 1990, and it’s a reasonable attempt at bringing the blue-skinned super soldier’s stories to life in a video game.

END_OF_DOCUMENT_TOKEN_TO_BE_REPLACED

Rogue Trooper on the ZX Spectrum was developed by Design Design and published by Piranha in 1986. It was the first showing in a video game of the blue-skinned soldier of the future, from 2000AD comic, and it is not a bad game at all. In fact: Rogue Trooper on the Speccy was probably the first decent video game to feature a character from 2000AD, as all the previous ones had been terrible.

END_OF_DOCUMENT_TOKEN_TO_BE_REPLACED 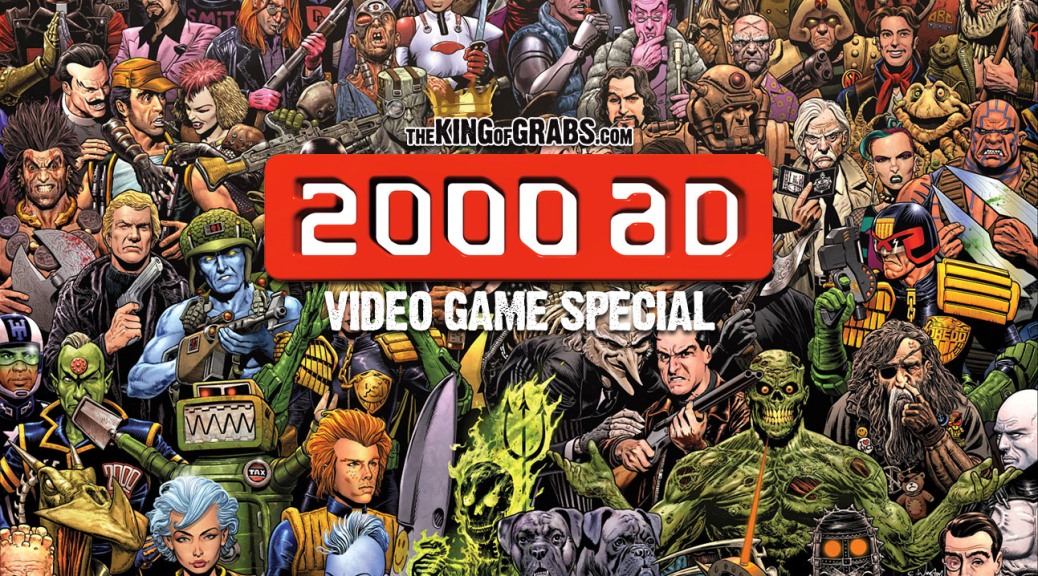 2000AD is a famous, British science fiction comic that was first launched in 1977 (26th February 1977 to be precise), and I distinctly remember getting and reading the first issue and being hooked from that moment on. 2000AD pulled no punches, with its hard-hitting fantasy storylines and stand-out characters, and it made a big impression on anyone who read it.