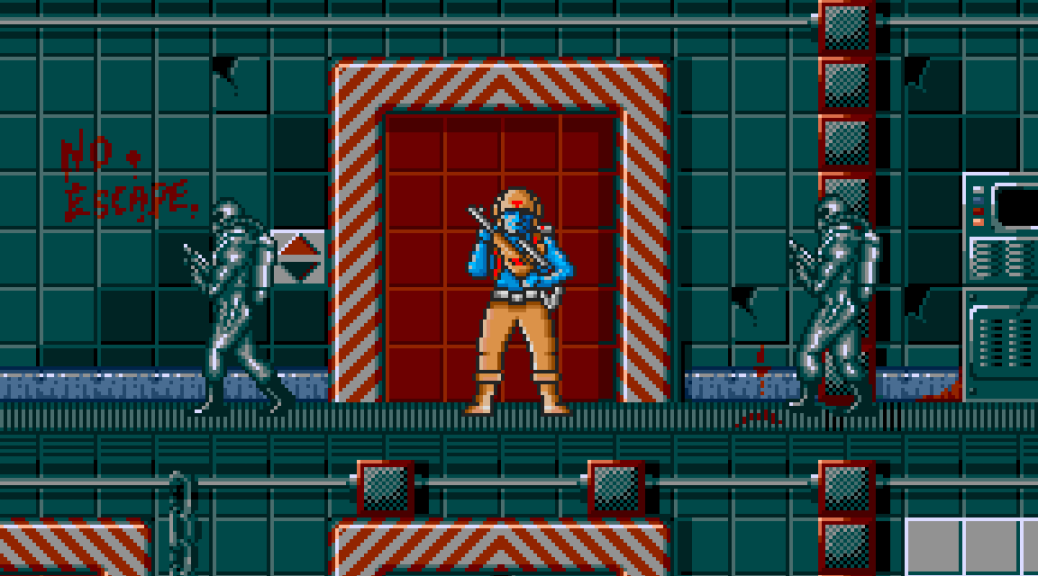 This adaptation of 2000AD‘s famous comic character, Rogue Trooper, was developed and published by Krisalis Software for the Amiga and Atari ST in 1990, and it’s a reasonable attempt at bringing the blue-skinned super soldier’s stories to life in a video game.

Rogue Trooper on the Amiga is a scrolling action game with shooting, beat ’em up and puzzle elements.

You control Rogue Trooper who is inside an enemy ‘Nort’ base and who can walk left and right, kick, punch and turn to use a switch or a computer that is on the background wall. As you progress you can find weapons, like a knife, to give you an edge in combat. The idea is to make your way through the various barriers and elevators, exploring each floor of the base, destroying any robots or killing Nort soldiers along the way. Rogue‘s health is indicated by a portrait on the information panel at the bottom of the screen, and as his health depletes the face becomes more bloodied. You only get one life and when the portrait has been reduced to a bloodied pulp it’s game over.

Rogue‘s first objective is to find his Bio Chip buddies – his helmet, gun and backpack – so that he’s fully combat-ready again. That means finding keys, examining everything you can, and avoiding getting killed while exploring. When you have your chip buddies you can then use them to help you, either by hacking computers, helping to see in dark rooms, or blasting Norts. Survival isn’t easy, though. In fact it’s damn hard. There are mines, gun turrets, electric barriers, and other traps to avoid. Rogue can jump over mines, though he has to be careful doing that, and can turn the barriers and gun turrets off by finding the right switches. More difficult to deal with are the patrolling Nort soldiers. When you’ve retrieved your gun it’s fairly easy to shoot them from a distance, but exiting an elevator into a corridor full of Norts can result in significant lost health, so you have to be careful.

In the fourth level there’s a time limit for diffusing a series of bombs that caused me a lot of frustration, and the fifth level introduces a Space Harrier-style shoot ’em up section that I thought was rubbish. That’s the point where I gave up on the game.

The animation of Rogue Trooper isn’t that good to be honest, and he seems to walk rather strangely. The scrolling backgrounds aren’t too bad, but they’re hardly what I would call imaginative. Music-wise the soundtrack isn’t too bad, but it’s not particularly atmospheric or tuneful either (you can turn it off if you want; pressing F1 pauses the game and brings up an information page that lists all the keys).

Rogue Trooper does have a few nice touches (finding a severed head to pass a retina scan I thought was funny), but overall I don’t think the game is anything special – even for 1990. Sure, it has better graphics than an 8-bit game, but gameplay-wise it doesn’t do anything different or outstanding. It’s basically just a bog-standard run-and-gun shooter, but without the running (so I guess that makes it a walk-and-gun). I’ve seen people online saying that it’s a “great game”, but it really isn’t. It doesn’t even represent the 2000AD character in any meaningful way; it just uses the Rogue Trooper aesthetics, along with a few details from the comics, to mask its fairly standard gameplay roots. 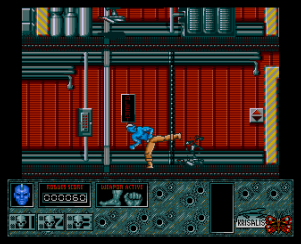 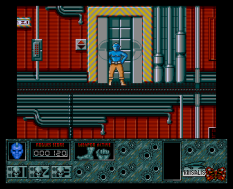 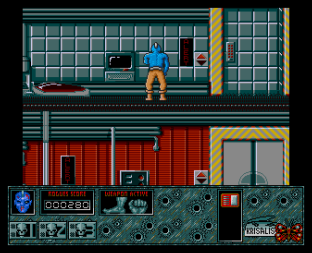 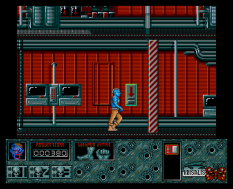 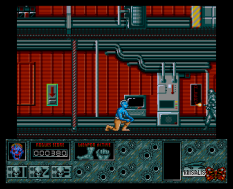 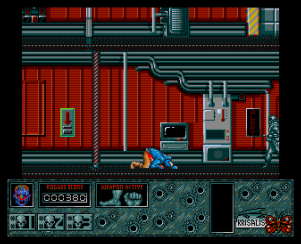 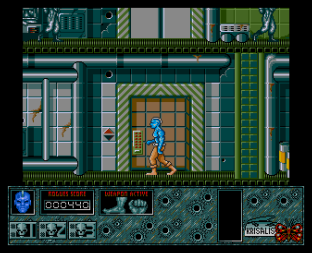 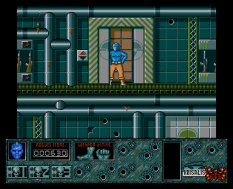 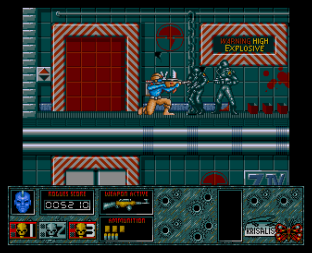 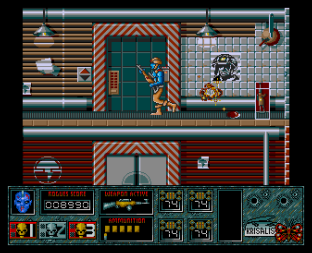 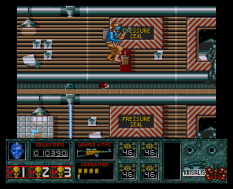 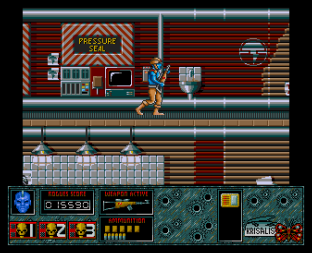 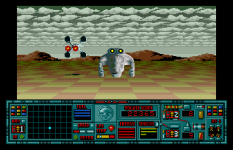 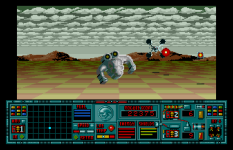 Hit F1 to pause the game, then type these:

These cheats only work in the platform levels. A sound will play if they have been entered correctly.