This brilliant single and multi-player overhead shooter by LucasArts is a parody of every single horror and sci-fi film you’ve ever seen.

Chainsaws, zombies, UFOs, mummies, werewolves, demonic babies, spiders, shopping malls – you name it, the game will throw it at you during at least one of its 48 different stages.

Two players can play Zombies Ate My Neighbors cooperatively, which is great fun. The aim being: to run around destroying monsters, and rescuing any human survivors you find along the way. Nice little touches, like the trampolines that bounce you over walls, and the potions that turn you into a monster, add variety to what is a fairly straightforward blaster.

Zombies Ate My Neighbors is a great party game too. A retro-gaming classic from 1993. Also came out on the Megadrive/Genesis, but the SNES version just edges it in terms of colourfulness.

Note: because we often have a set of retards running the world, and have a particularly vicious press when it comes to horror films and video games, the game was released simply as “Zombies” in Europe and Australia. A watered-down bastardisation of a title if ever there was one… The censors are always wrong, but in the case of this game they took a great title and turned it into kitty litter… Still a wonderful game though. 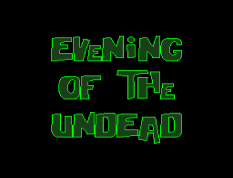 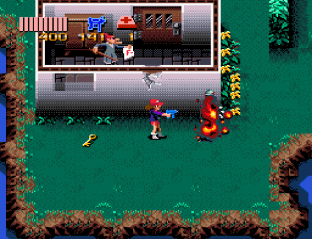