Abe’s Oddysee is the first in a trilogy of games that fall under the Oddworld series banner, and the first game to feature Abe – a likeable alien slave who is on the run from his captors.

Having just discovered that he and his race (of Mudokans) are next in line for the slaughterhouse, Abe decides to make a break for it, and the whole game is a chase, with you – playing Abe – trying to outwit the evil Rupture Farms meat processing farm facility security.

Not only is Abe quite a nimble character, running and jumping around, but he can also do a few extraordinary things too. Like ‘chant’, which opens portals and allows his fellow Mudokans to jump into them and escape. Chanting can also be used to take over enemy ‘Sligs’, and explore as them, and shoot other Sligs… Useful for the clearing the way…

Abe can also use “GameSpeak”, which allows him to communicate with other Mudokans, and gets them to do things for him. Sometimes you have to lead other Mudokans through a dangerous path before they can escape, so knowing how to tell them to ‘stop’ or ‘follow’ is crucial. You can praise or scowl too, and you can even fart if you want to.

Abe’s Oddysee is a superb game. Graphically it is dark and atmospheric with beautiful animation and some very creepy creatures. Gameplay wise: it is unforgiving (only saving at checkpoints), and requires some crazy precise jumping, but is still good fun to play overall.

Very much a Prince of Persia style of game, and arguably one of the best examples of the genre, Oddworld: Abe’s Oddysee was developed by Oddworld Inhabitants and first published by GT Interactive Software in 1997. 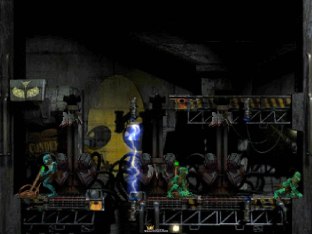 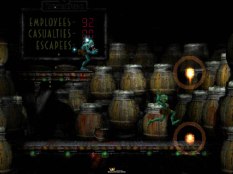 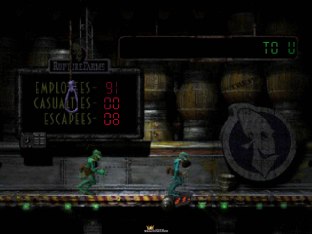 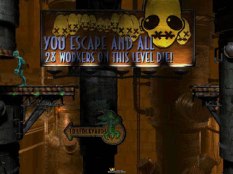 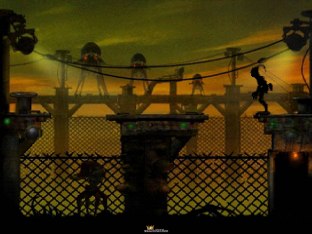 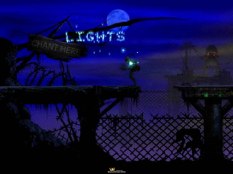 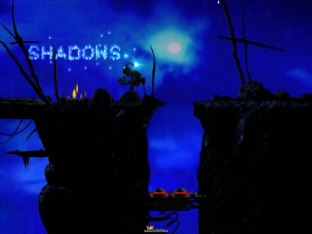