The game mixes elements of philosophy, occultism, science fiction, religion, and role-playing in a somewhat unique way. It remained untranslated into English for a decade, because of its controversial content and Nintendo‘s strict policy guidelines. It wasn’t until 2002, and an unofficial fan translation patch by team Aeon Genesis, that the original SNES release received an English translation. An official English translation was eventually released on iOS in 2014 by Atlus.

The game – like many of the titles in the Shin Megami Tensei series – uses an overhead map for navigating different locations in the story; cutting to a first-person, Dungeon Master-style view for the exploration and combat sections. The first-person exploration sections contain characters who are vital to the plot (who you must find and speak to to gather information, or procure items or services), and also the occasional boss (who you must fight to move the story along). When you meet a demon you can talk to it or fight it. Talking – and saying the right things – may convince a demon to become one of your minions, which will then fight for you (if summoned and made a member of your party), and these demons can also be fused together to make stronger demons (although only at the right ‘shop’, when you find it).

The combat is turn-based and requires that you choose actions from a simple menu system, using swords, guns, magic, or items. Swords and guns can be bought from shops – as can armour – but new magic spells are learned by putting experience points into your magic skill.

It pays to understand how the combat system works, of course. How many individual demons you’re up against is represented by small, grey figures at the top of the screen. If there are a lot of opponents then it’s wiser to use a gun that hits multiple enemies at once (like a machine gun), rather than use a sword that tends to only hit one enemy at a time (although for usually higher damage). Different types of bullets can be equipped and these have a profound impact on damage dealt, but they never run out. Some swords also hit multiple times, which is useful to know too. Magic damage is generally either fire, ice or electricity, but there are other types too, plus status effects like poison and bind (stops enemies from using physical attacks). Some enemies are resistant to certain types of magic, though, so it’s worth noting what’s most effective against certain types of demons and then adapting based on what you know.

Shin Megami Tensei takes a while to get going, but when it does it’s a really interesting game. It’s also fairly incomprehensible unless you’re good at figuring things out, or read up about the game first, or use a decent player’s guide. What helped me was having played later games in the series first, so I knew that “Agi” meant fire magic; “Bufu” meant ice magic; “Dia” meant heal magic, and so on. The game does tend to use a language of its own and you really have to understand the basics of it to get anywhere. You can also take three different paths (or alignments) with the story (Lawful, Neutral and Chaos), which will take you to different locations, depending on what you choose to do. This gives some re-playability value to the game. Also: certain shops cater for these alignments in your characters too.

I like this game, though, and plan to play it more (I’m currently only about a third of the way into it but have been playing it for more than a week now). It’s not perfect and is a little slow compared to later SMT games; the random encounter rate is very high, and the automap feature is weird (rotating around, which is confusing), but it’s definitely interesting and challenging to play. 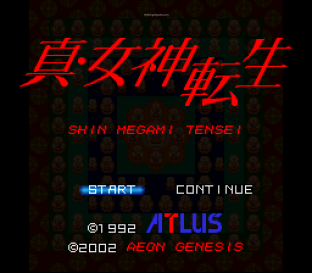 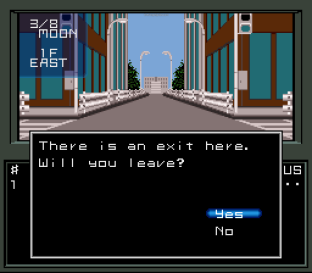 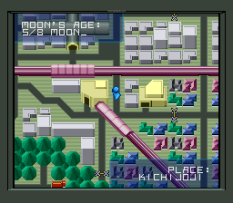 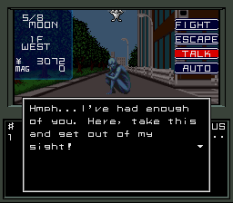 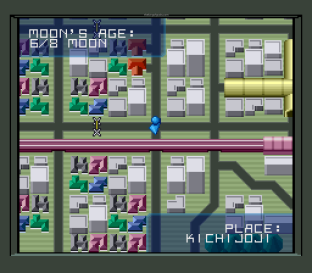 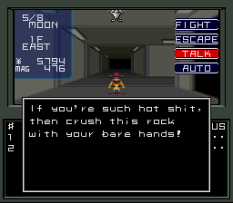 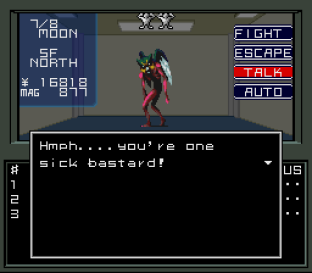 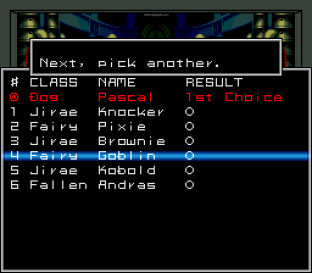 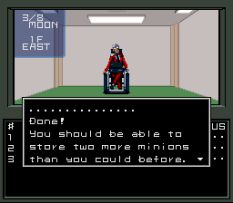 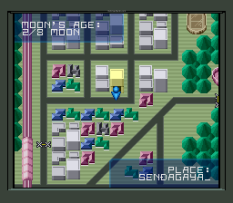 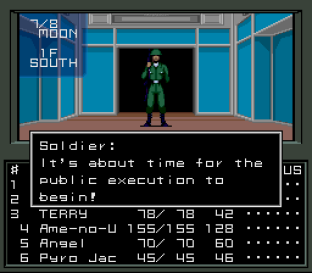 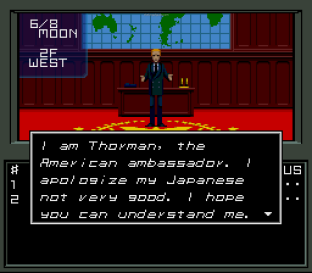 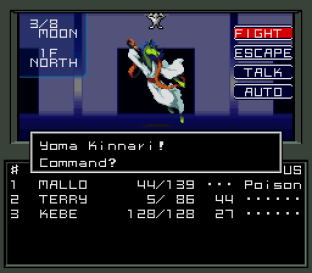 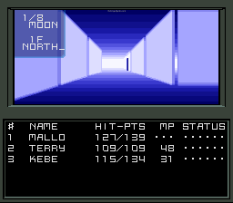 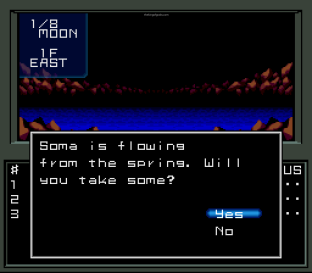 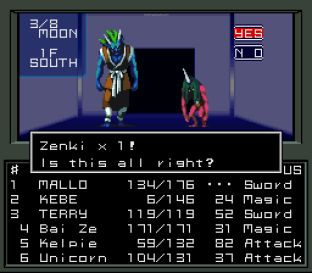 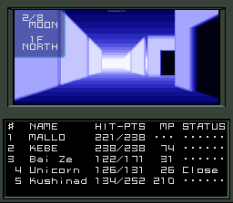 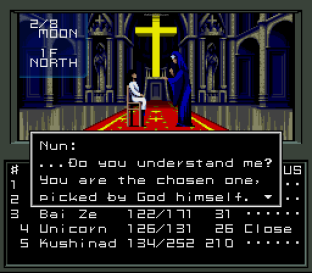 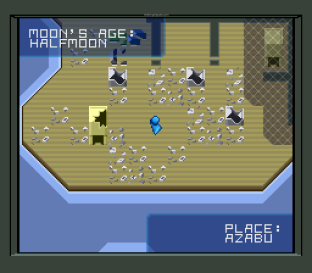 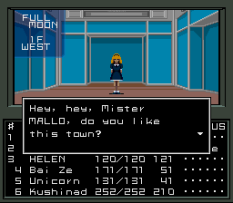 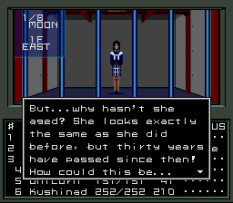