Final Fantasy VI Advance was released in Japan in 2006, and 2007 in English language territories. It’s a remake of the Super Nintendo original, developed by a Japanese company called Tose.

It has to be said: Tose did a great job with the remakes, and this final, fourth release cements that fact. The 4:3 screen ratio of the original has been replaced by the 240×160 widescreen ratio of the Game Boy Advance, which means that the graphics have been re-drawn and re-scaled to fit the new screen ratio. They’re essentially the same, though, with some colour enhancements. The story, plot, and other original elements all remain the same.

The best enhancement in Final Fantasy VI Advance is the menu system, which is fast, compact, and easy to navigate. It actually makes the original look dated and demonstrates the power of good fonts and text alignment…

Again: if you want to play the early Final Fantasy games – including this one – I’d recommend the GBA “Advance” remakes over the SNES originals. Together they make a brilliant set. 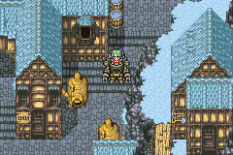 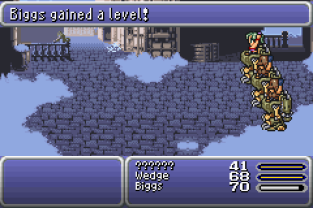 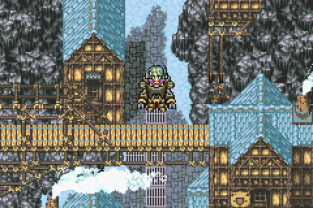 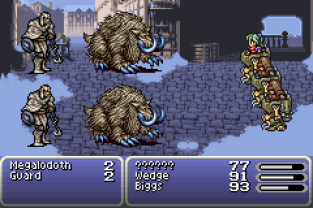 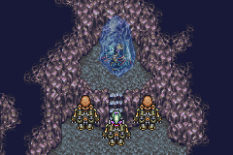 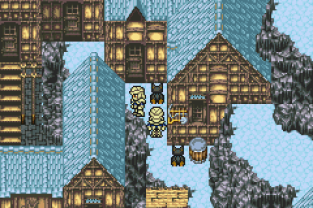 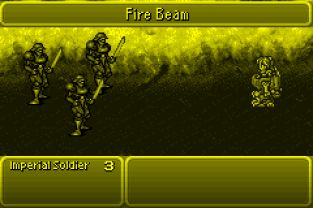 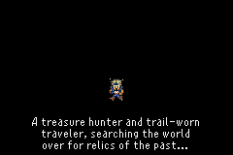 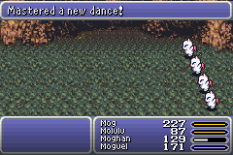 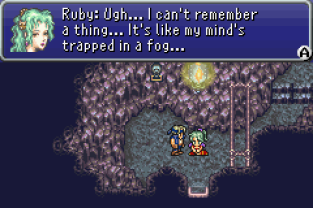 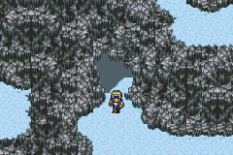 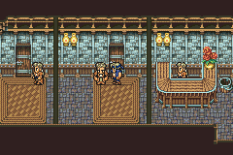 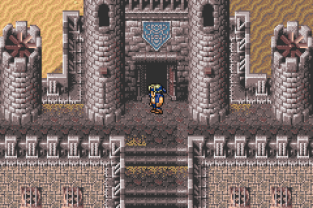 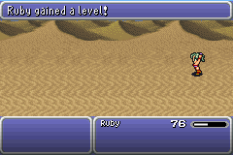