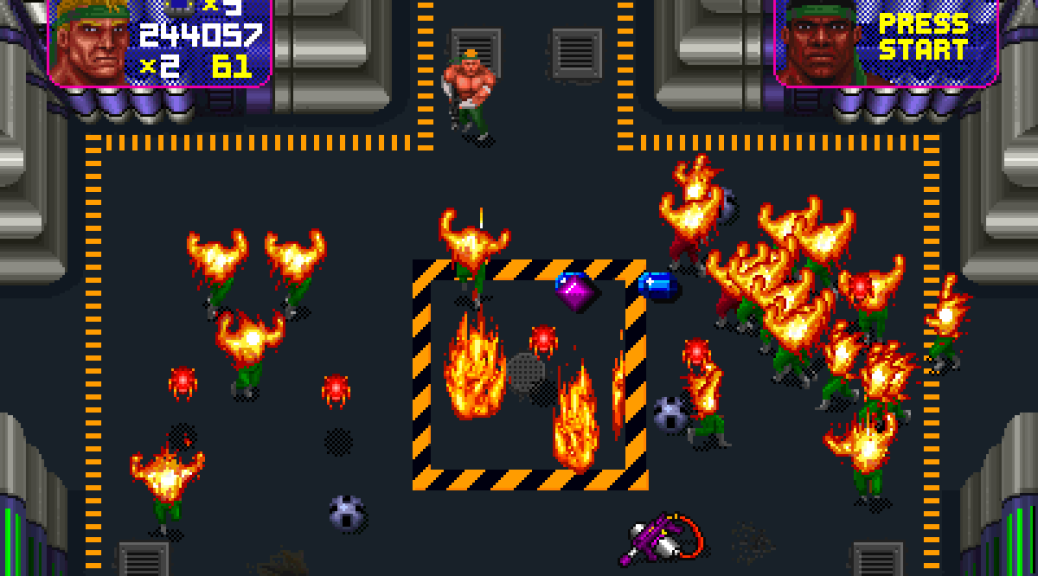 The spiritual successor to Smash TV (in the same way that Smash TV was the spiritual predecessor to Robotron 2084), and a brilliant overhead shooter with 360 degree blasting action.

Total Carnage is similar to Smash TV in many ways, and retains a lot of its predecessor’s fun factor, but this sequel allows the player to roam a scrolling landscape this time, in search of hostages to rescue, and things to destroy! And Total Carnage really delivers on the destruction side of things, including special sections where you have to blow up as many vehicles as possible for bonus points.

At the end of each section you can also warp into a single-room, Smash TV-like challenge, to earn bonuses and extra lives, but the number of opponents in these bonus rooms can often be overwhelming.

Actually, Total Carnage – as a blasting experience – is overwhelming in the same way that Smash TV is… Blasting through overwhelming numbers of enemies is all part of the appeal.

Midway released Total Carnage into arcades in 1992. Mark Turmell and Eugene Jarvis – who were key members of the Smash TV dev team –  were also designers on this. 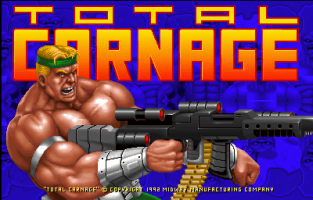 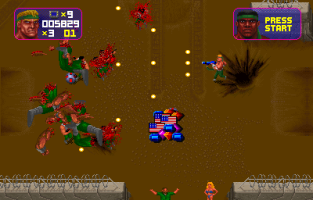 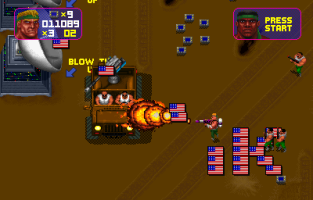 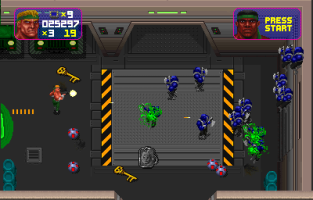 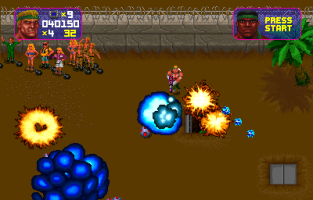 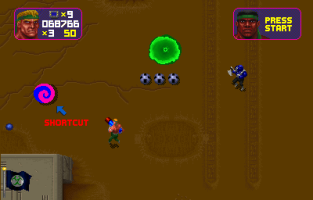 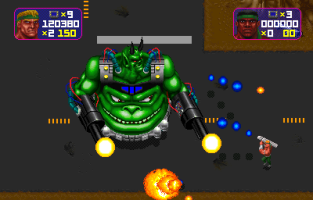 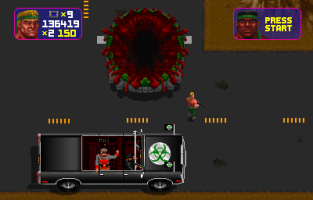 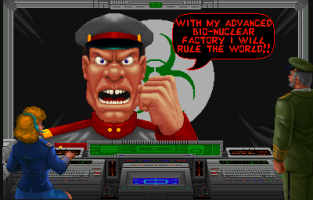 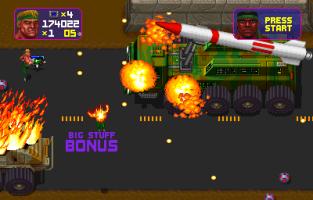 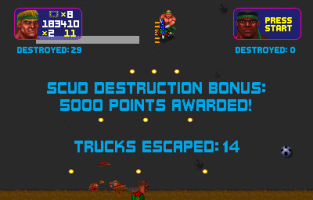 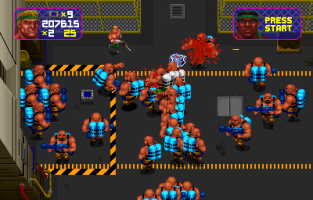 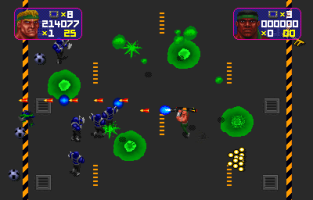 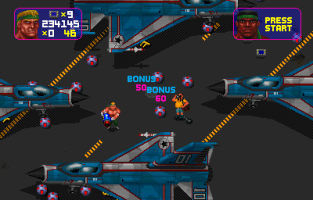 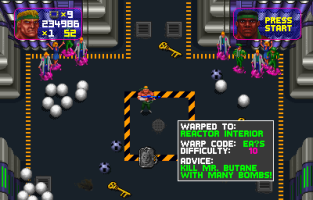