You play a contestant in a futuristic game show – one in which you must kill to survive. And you have to kill a lot of people, robots, monsters, and snakes, to make it to the end.

At times the levels go on and on. It’s tough going, but easier when you have an unlimited supply of credits. The boss battles are memorable too!

Smash TV was quite successful in arcades in 1990 and was converted to pretty much every home system known to man. The SNES version arguably being the best.

The arcade version of Smash TV, though, has the best graphics and sound. And gameplay. 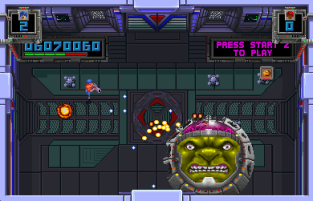 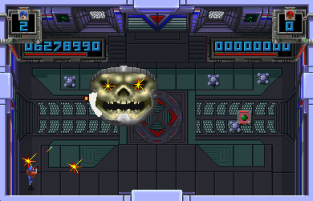 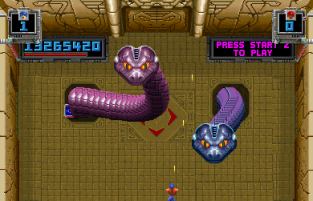 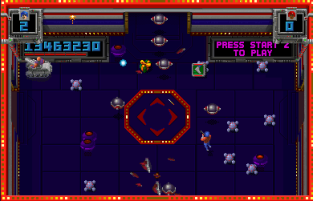