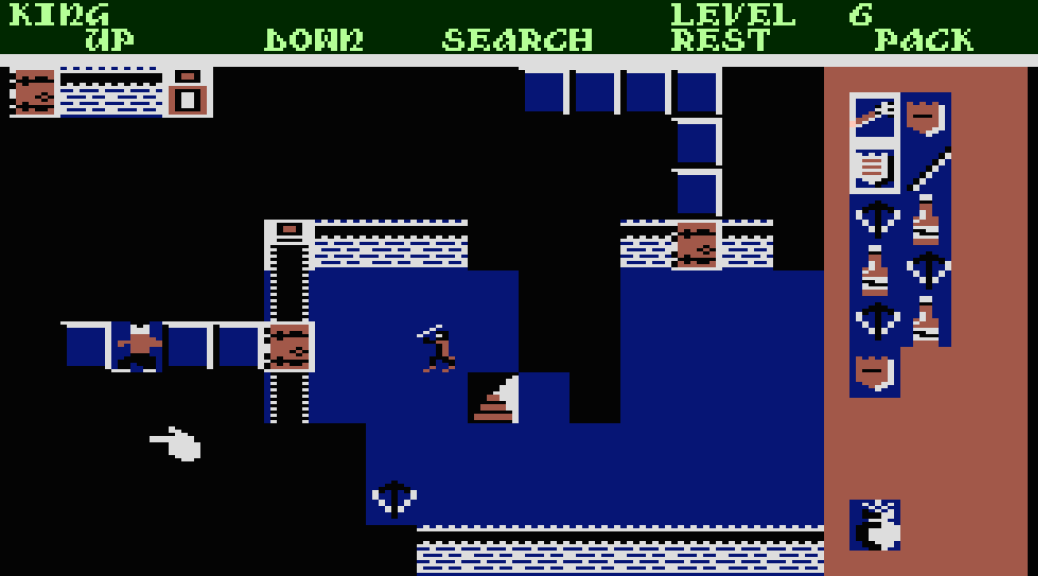 I was hoping that the Atari 8-bit version of Rogue might be better than the other 8-bit versions (or at least a balance between the awful C64 version and the half-decent Amstrad version), but I was hoping for too much – especially as it’s another Mastertronic “special” (ie. a good example of a publisher not giving a sh*t about what they released).

The Atari 8-bit version is difficult to make any headway in because combat seems so one-sided – in favour of the monsters. You could argue that the best tactic would be to run around the monsters and avoid fighting them (the inlay instructions hint at this), but where’s the fun in that? With your starting equipment you’ll be hard pushed to make it through two battles, never mind more… The only real advantage you have is that the monsters seem to move very slowly in this, so you can at least dodge them if you want to. I managed to get to level eight by running around the monsters, but I didn’t have much fun doing it.

Presentation-wise, Rogue looks okay (if a little primitive), but the jerky scrolling lets things down a bit. You press F2 to get the zoomed-out ‘map’ view in this version, rather than pressing ‘T’ as in the other 8-bit versions. The version I played also had some graphical glitches in the information panel at the bottom, although I’m not sure if that was because the disk image I had was corrupted or not.

Overall, the Atari 8-bit version of Rogue is okay, but nothing special. It’s too frustrating to be enjoyable, but at least it has the fewest bugs out of all the 8-bit versions. 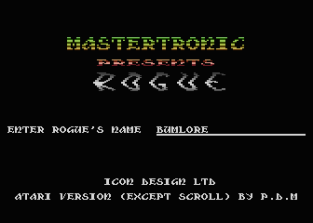 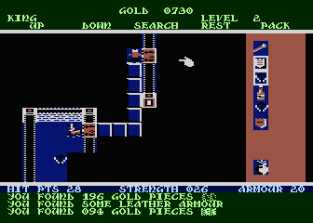 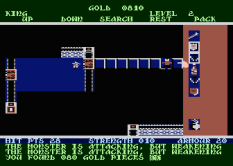 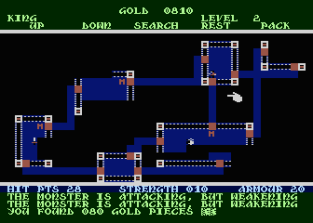 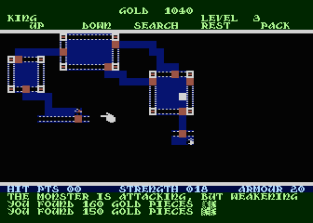 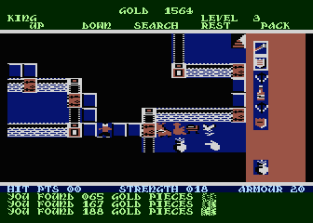 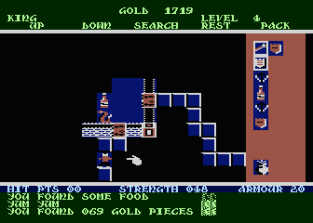 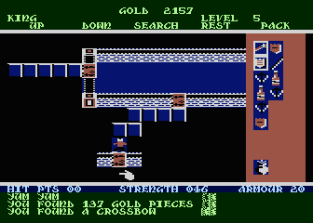 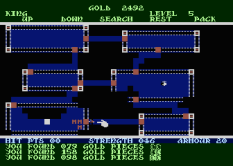 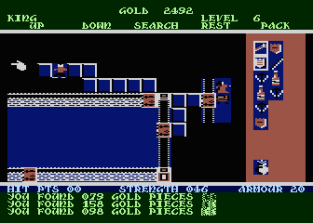 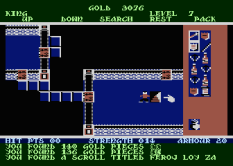 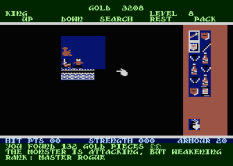