Taito‘s superb Operation Wolf was one of the first arcade games to feature a machine gun with force feedback on the cabinet.

Back in 1987 this was a big deal, and Operation Wolf became a hit among shooter fans as a result, with its relentless first-person blasting action.

Plays great with a mouse too! 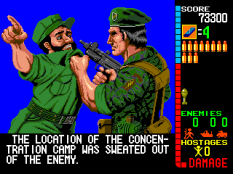 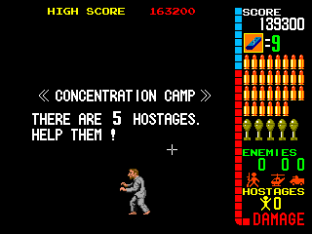 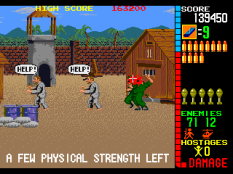 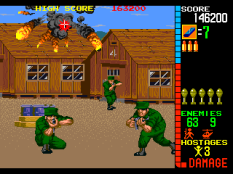