It gave games-players a chance to pilot an X-Wing for the first time and wowed audiences with its superfast vector graphics and amazing digitised sound.

Star Wars really was a breakthrough arcade game, and it made space combat THE hot gaming genre in the mid Eighties, just as the film Star Wars had made sci-fi the hot genre in the movie biz some years earlier.

Still great to play now, if you can find it. I have seen playable sit-down cabinets recently, and recommend putting some money into Star Wars if you see one up and running. 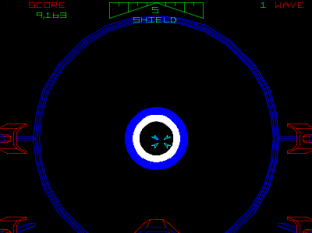