Operation Thunderbolt is the sequel to the classic 1987 arcade game Operation Wolf. It was developed by Taito and first released in 1988, and is a first-person, simultaneous two-player shoot ’em up that uses cabinet-mounted positional gun controllers to shoot at the screen.

In this sequel you play as Green Beret Roy Adams, with your sidekick Hardy Jones, and the gameplay is a mixture of side-scrolling sections (like in Operation Wolf), but it also introduces new levels that move into the screen in a pseudo 3D way. In some of these new levels you sit atop a vehicle, shooting oncoming enemies, and at times the action becomes so hectic that you might wonder what the hell is going on.

Although the gameplay in Operation Thunderbolt is more or less the same as in Operation Wolf there are a few details that make this different. Like enemies dropping down from the top of the screen to shoot you, and some even popping out, then dipping back up again, which is both funny and ridiculous. Enemies still throw knives and grenades at you (and fire rockets), which you can shoot to stop them damaging you, but the frequency of them has been radically increased (since Op. Wolf) that the on-screen action sometimes becomes overwhelming. I guess the developers had to increase the number of targets to satisfy two players playing simultaneously, but if you’re playing alone then it does become too much. Thankfully, even with the added damage your health doesn’t deplete too quickly. On the plus side: you can keep feeding coins into the game to carry on where you last died.

Hostages still require rescuing and often get in the way of your shooting. If you shoot them accidentally you’re reminded not to do that with a skull and crossbones. Some hostages even require releasing from prison cells, which you do by firing at the locks.

Operation Thunderbolt is a Japanese video game, but it’s still annoying to see the phrase “your dead” when you die. Of course it should be “you’re dead“, but illiteracy and bad translation seem to be common in this day and age (much more so today than it was back in 1988). The word “eliminated” is spelled incorrectly during intermission screens too. These mistakes should really have been caught before release, even if it’s a Japanese/English translation. There’s just no excuse for it in professional video game releases. 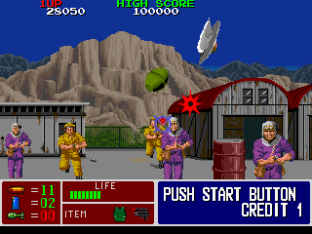 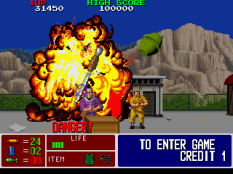 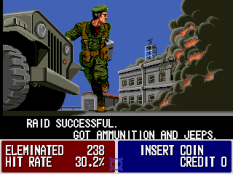 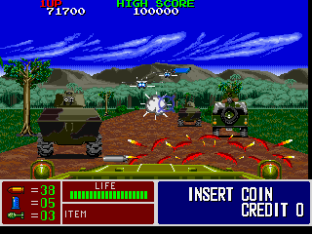 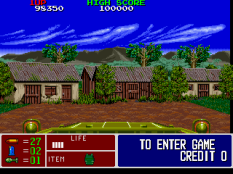 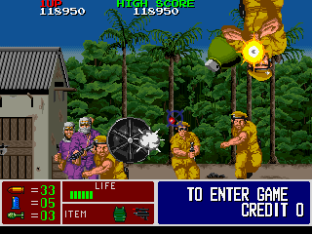 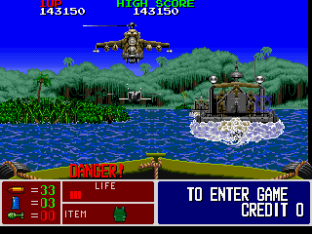 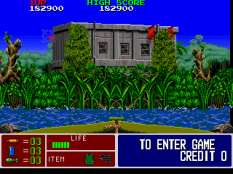 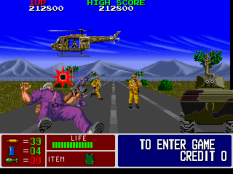 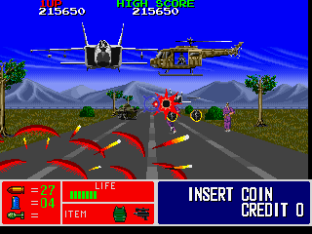 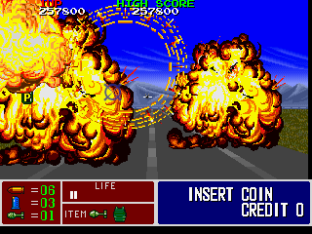 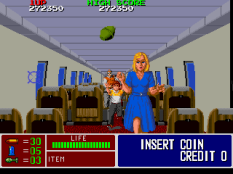 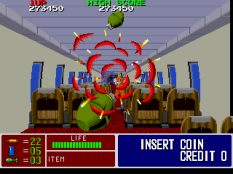 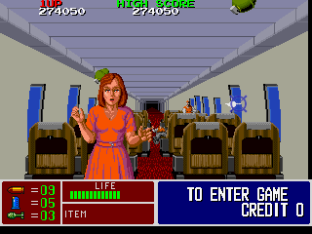