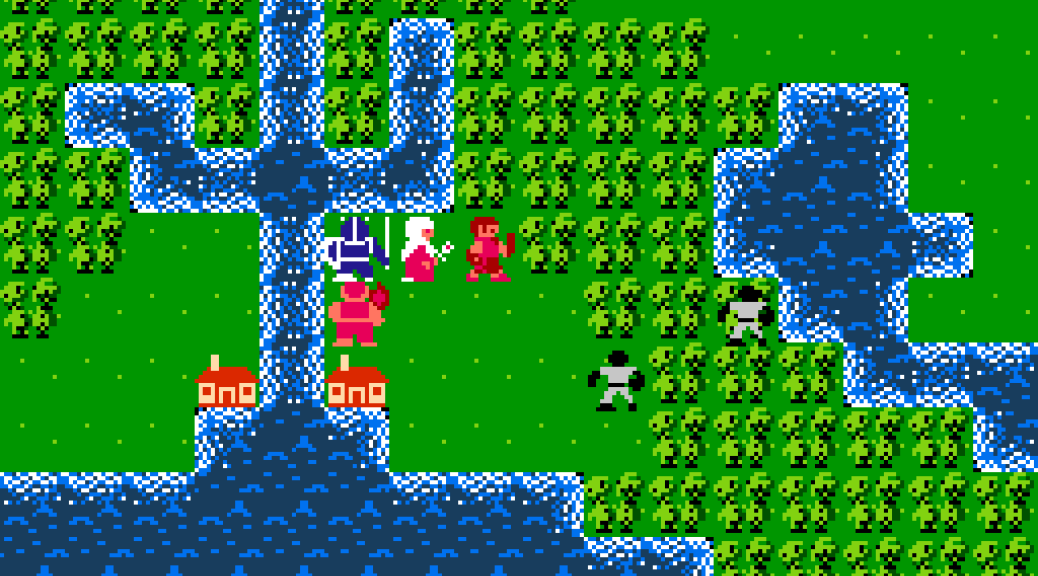 There is an NES/Famicom version of Ultima III: Exodus – called just “Ultima: Exodus” – that was developed by Newtopia Planning and first published by Pony Canyon in 1988. It has some major differences to the original, but essentially it’s the same game. The graphics are cuter but do suffer from some hideous tearing when a number of sprites are on the same horizontal line, which is a common technical fault on the NES.

The first major difference to the original is that this version allows you to choose ready-made characters, which speeds up the process of starting the game if you can’t be bothered to make your own characters. You can still “hand-make” them if you prefer.

The game’s controls have been changed and simplified to make use of a menu screen that is similar to those seen in the early Dragon Quest games, and not having to use a large number of keyboard codes to equip weapons and armour is a blessing. That said: the gameplay in the NES version of Ultima III is a bit of a curse, which kinda balances things out a bit…

The main problem I have with this game is the encounter rate in the overworld. Enemies come at you constantly, and they’re so numerous that they’re difficult to avoid – especially as your party members trail behind the leader as you walk around, and any enemies touching a member of the party will start a battle (which I think pretty much ruins the game). Unlike in the home computer versions you cannot hide behind dropped chests – enemies simply walk through them – which makes matters worse. Combat is similar to the original, except that enemy AI is dumb and monsters walk in a line down the screen, rather than homing in on you. Which means that combat tactics learned from the original don’t work in this. Battle commands are all issued via a series of menus, rather than using keystrokes.

The aim of the game is more or less the same as in the original: explore the overworld and visit the various settlements; talk to NPCs to find clues about what you’re supposed to do; gain levels and acquire gold; buy torches to explore dungeons; buy keys to unlock doors; get a sailing ship and eventually, in the second act, visit the hidden continent down the whirlpool. Getting to the second act, however, is a thankless slog that will only appeal to those with a steely determination and a liking for unfair RPGs, because Ultima III on the NES is poorly balanced and difficult to enjoy.

The game has many other small changes – and a number of new additions – that aren’t seen in the home computer versions. There are too many to list here, but these are just ten examples: 1. There’s no time limit on moves during combat (which is good). 2. You can earn gold by giving blood donations to healers (600G per donation, and it’s only available to characters with the healing spell). 3. There are casinos where you can play ‘rock, paper, scissors’ for money (if you use quicksaves it’s a quick way to easily build up your cash; look for them behind any Thieves Guild). 4. Bows have been changed to blowguns. 5. Monsters on the upper levels of dungeons are much tougher and more frequent than in the original. 6. The names of spells, and a number of objects and places in the game, have been changed. 7. Chests dropped by defeated enemies disappear if you walk too far away from them and don’t collect them (they also don’t contain items – just gold). 8. You can’t give gold to other players, but you can give weapons and armour to them, so if one player has all the cash: have them buy the goods then give them to whoever’s going to use them. 9. Walking through forested areas slows you down, and: 10. You can buy tents to make camp and recuperate (which is also good).

In summary: the NES/Famicom version of Ultima III is a poor conversion of a great game, made worse by the developers messing around with it too much. If the encounter rate had been lower, and that stupid line of party members had been removed, then this might’ve been a decent port. As it stands: it’s a bit of a disaster, and you should only really play it if you want to see how bad it is, or if you’re a die-hard fan of old school RPGs or the Ultima series. 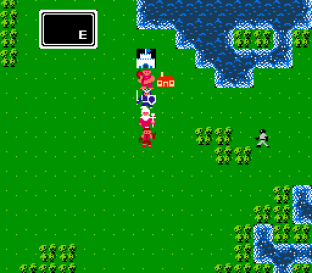 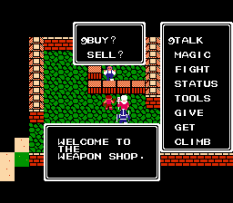 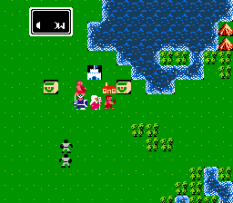 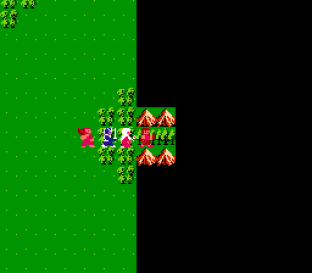 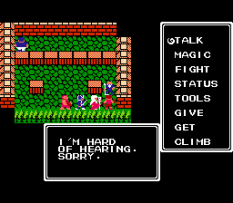 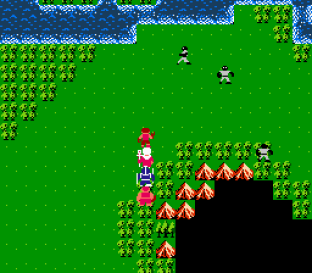 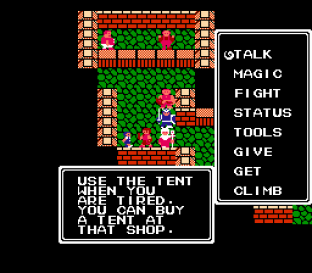 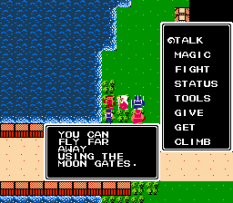 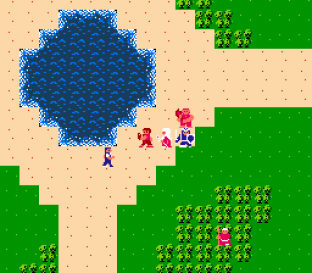 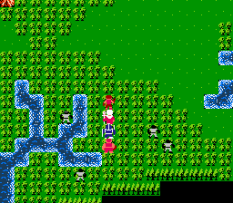 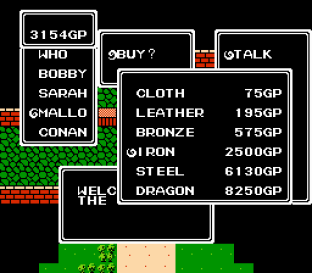 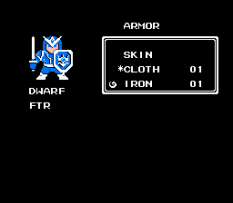 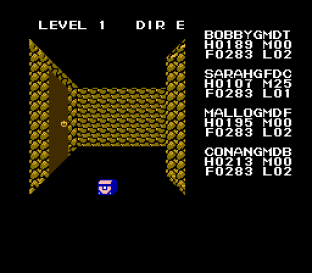 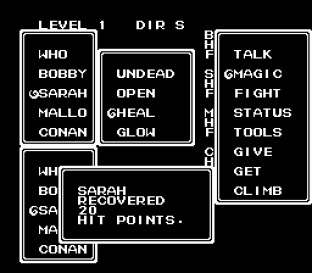 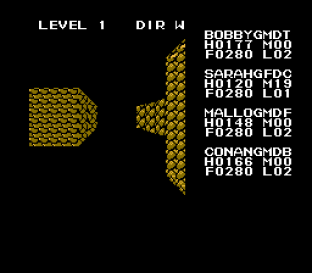 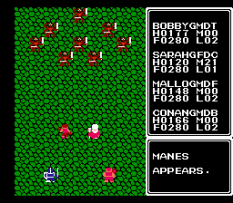 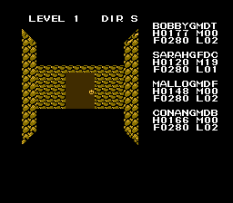 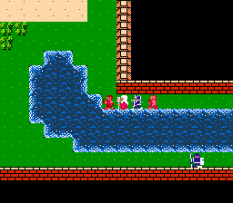