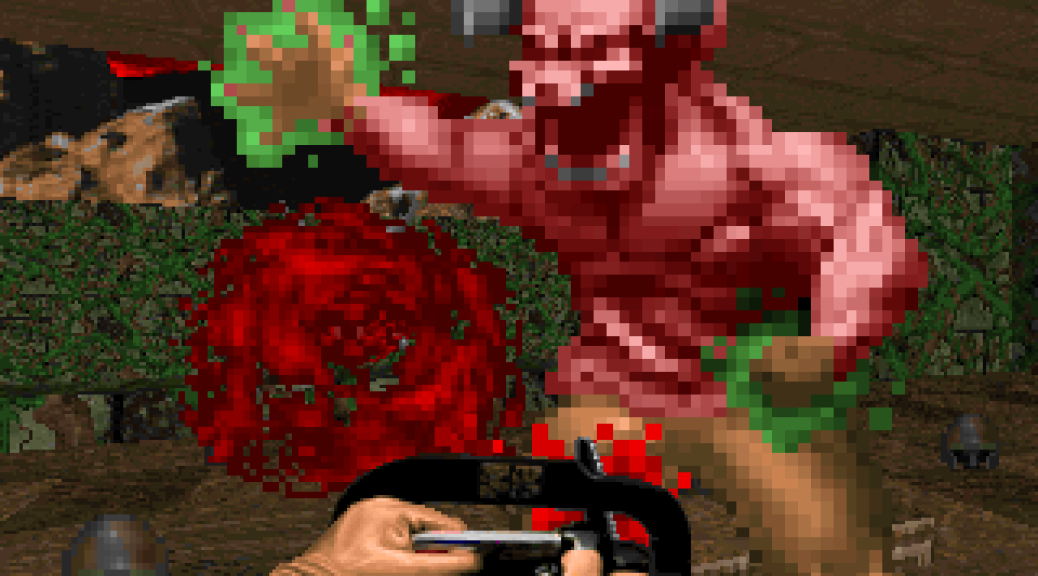 id Software‘s hit shooter, Doom, blew the roof off the gaming world when it was first released in 1993.

It was the first First-Person Shooter that moved really fast and smoothly, and gave you a real sense of ‘being there’ when you played it.

Doom used a controversial mix of monsters, science fiction and satanic imagery to create an atmosphere unlike any other (at least until Quake appeared). It was also pioneering in its use of sound effects.

I remember very well Doom‘s initial (shareware) release and the ripple of excitement it caused in the gaming world. I was one of the first people to review it in 1993, for Maverick Magazines’ PC Player magazine, and revelled in its unbridled joy. Nowadays: Doom is legendary. You can still buy it, and people still play it. Doom II might have the better shotgun, but Doom one was where it all started.