Death Mask was developed by Apache Software and published by Alternative Software in 1994. It was released on the Amiga and CD32 and is something of a Doom clone; although one that is split-screen multiplayer.

I say “Doom clone” but the first-person movement on the characters is more like Dungeon Master than Doom – you take tile-based steps as you move; it is not ‘free movement’. And – for some reason – you can take half steps too. Probably to allow you to look around corners, which is very useful, although the half steps can be confusing when moving forwards.

Death Mask, it has to be said, is a pretty poor single-player game. If you play by yourself you only get half the screen area to play in, which is frustrating. Two-player, though, and Death Mask suddenly comes alive! Each player has a health bar in the middle of the screen and an ammo/key count at the bottom. A compass tells you which way you’re facing, and that’s about it. Everything else is about fighting your way through endless waves of enemies in order to find the exit.

Compared to Doom, Death Mask is laughable. It really is. But as a two-player cross between Dungeon Master and Doom it is actually quite enjoyable. Graphically it’s nothing special (the digitised characters look very dated to be honest), but cooperating with another person to clear a level together is engrossing and fun. There’s also a standard ‘versus’ deathmatch mode (from before there was deathmatching), which is also very good.

If you have someone to play with, Death Mask is well worth booting up. 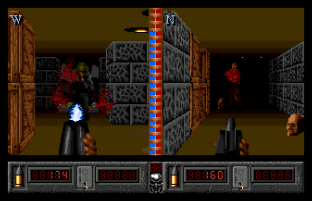 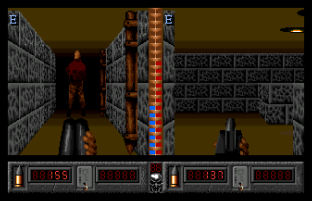 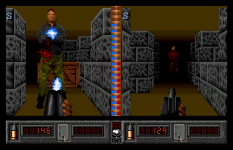 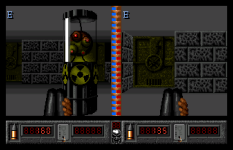 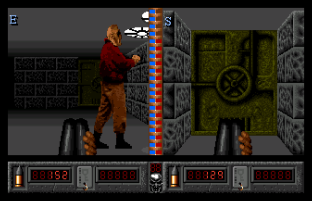 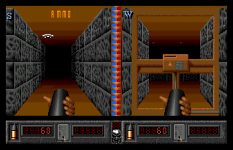 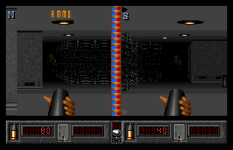 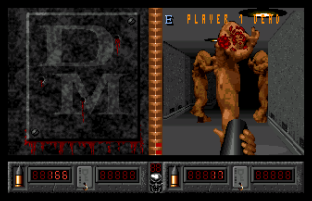 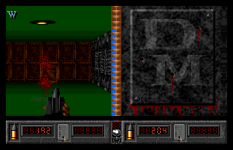 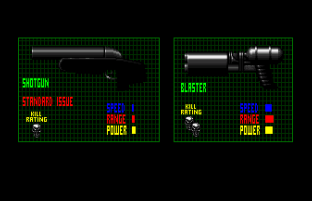 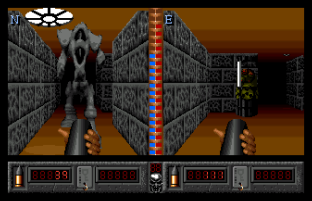