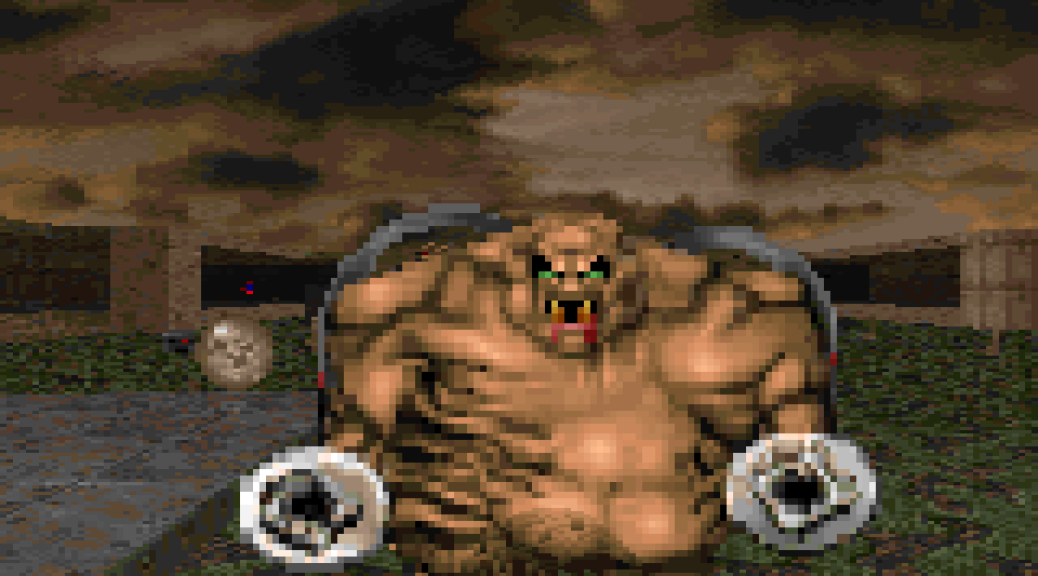 Doom II: Hell On Earth (to give the game its full title) was released in 1994 and is the sequel to the infamous id Software blaster, Doom.

It uses the same engine as Doom (id Tech 1), but has more variety and is optimised to be more detailed and quicker.

The stand-out feature in Doom II has to be the inclusion of the double-barrelled shotgun – a weighty weapon that makes the standard shotgun feel like a toothpick. Giving monsters “both barrels” is highly satisfying. The new shotgun demonstrates the fact that really well thought-out and executed weapons can take a game like Doom to the next level.

Doom II is bigger, better and harder than Doom one. Not to mention more complex – the level designs are dark, clever, intricate and full of secrets. Some of the situations are truly scary – the game’s designers have set many traps with which to test the player. There are some great moments of tension too as you enter a room with the light on; pick something up; then the light goes off and you hear the growls of monsters… Cue gunfire.

Doom II is still incredible fun to play even now, even though the graphics are a bit dated and the engine doesn’t ‘do’ proper perspective. Ultimately: Doom and Doom II are a mixture of 3D graphics (the environments) and 2D graphics (the monsters, and everything else), and the engine is kinda ‘faking it’. Quake was the first id Software game to make everything truly 3D, and also simulate proper perspective and camera Field-Of-View.