Jeremy Smith and Peter Irvin‘s groundbreaking Exile first came out on the BBC Model B in 1988 and was later converted to other systems.

The Amiga AGA version of Exile was handled by Audiogenic and came out in 1995.

Of the three versions of Amiga Exile available, two are notably different.

The earlier OCS version is more of a remake of the original Exile, with smaller sprites throughout the game, and no grey background rocks. You can also easily identify the OCS version due to the purple panel at the bottom of the game screen.

The later AGA version (shown here) dispenses with the panel and uses overlays and on-screen messages instead. And – instead of a small guy in a space suit – you start as a large, blonde tough guy with a jet pack.

In fact: all the main sprites and backgrounds in AGA Exile have been given a size and a colour boost, although the playing area seems smaller than in the original Amiga version. Which is not ideal.

The gameplay is essentially the same as the OCS version though.

No idea why there are two versions. To make this version of Exile more like a console game for the CD32 is probably the reason.

Remember: if you want to play Exile in its original form on the Amiga, try the OCS version. If you want the suped-up, ‘Duke Nukem’ version, go for the AGA version. Or: just play both if you’re clever enough to get them both working. 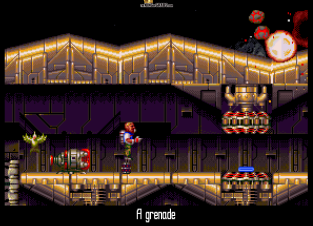 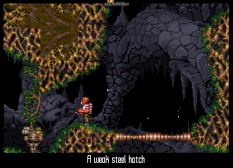 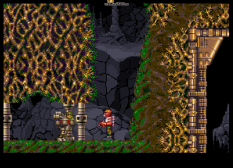 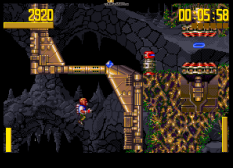 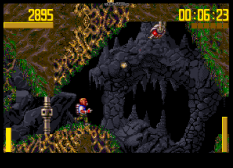 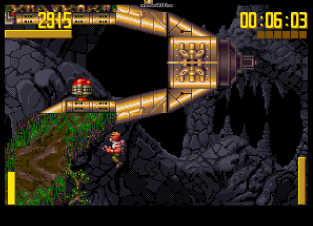 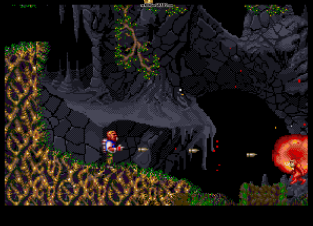 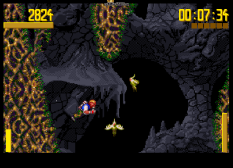 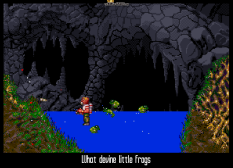