Released ten years after the original Salamander, Konami‘s 1996 sequel – Salamander 2 – is more of the same horizontal/vertical scrolling blasting action, but with a different style of graphics, bigger, better weapons, and more spectacular events.

Salamander 2 is more like a steroid-boosted re-imagining of the first game really, because it uses all the same features of Salamander (like the teeth that poke out from the landscape, and the solar flares), but ramps them up to 1990s standards by mixing hand-drawn and pre-rendered graphics.

You once again control the Vic Viper from Gradius/Nemesis, that is: if you’re playing as player one. Player two controls the Super Cobra (also from an earlier Konami game). And – yes – there is a simultaneous two-player mode. Which is fun.

Weapons are upgraded automatically, depending on what you pick up. Some enemies drop special power-ups that grant unique abilities to each ship, including a circling ‘ripple laser’, and a forcefield type shield. The small orbs that follow your ship around, called ‘Options’, are back again in this, only this time they’re more advanced and include ‘Option Seeds’ into the mix. They being extra, miniature Options that circle the player and give additional firepower.

There are six different stages in total – three scroll horizontally, and two vertically. And of course there are ginormous boss fights at the end of each.

Salamander 2 is a challenging, but fairly straightforward bullet hell action game. The colourful graphics make it look fairly unique, and there are some nice effects in the game, like the way the worms explode in a spray of pink goo.

Overall, Salamander 2 is a decent Nineties arcade shooter and is still worth a play today – especially two-player. 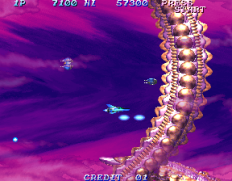 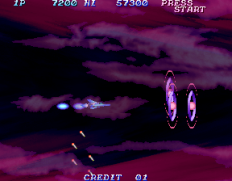 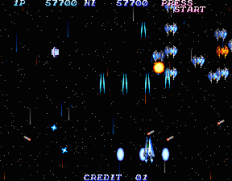 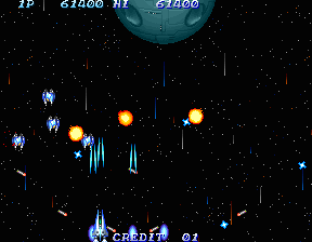 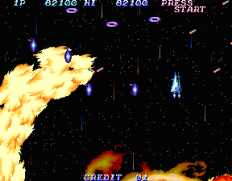 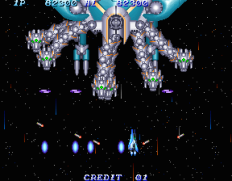 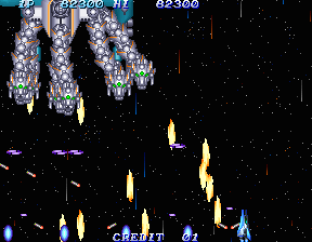 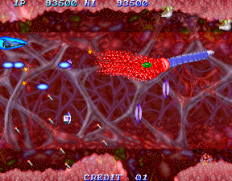 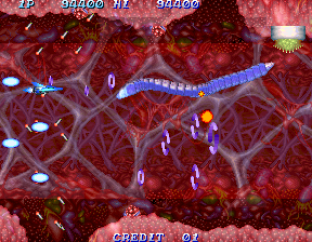 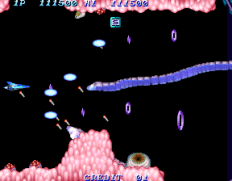 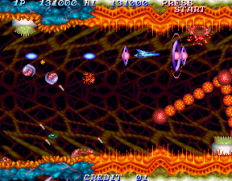 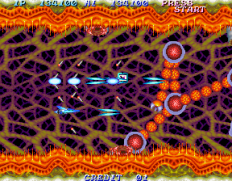 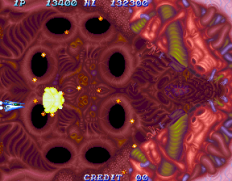 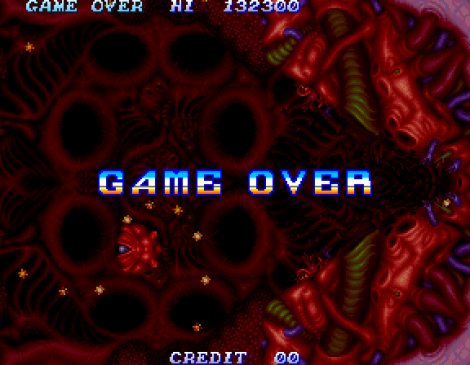 One thought on “Salamander 2, Arcade”