Mercs is a classic arcade shooter from 1990. It was jointly developed by Sega and Capcom and features simultaneous three-player cooperative gameplay.

Mercs has all the makings of hit game: beautiful graphics, thrilling gameplay, and challenging bullet hell fun, but the game wasn’t a huge success. Probably because it took a lot to stand out in arcades in 1990 and as a result Mercs probably doesn’t quite have the reputation it deserves.

The aim of the game is simple: blast your way through countless waves of enemies; destroy tanks, jeeps, boats, gun emplacements – anything that is hostile to you – and beat the boss at the end of each stage. You can pick up ‘POW’ boxes to improve your firepower and shoot crates to reveal other bonuses.

You can also get into vehicles at certain points and this is a highlight of the game. If you commandeer a jeep, for example, your co-players can also hitch along for the ride. Anything that flashes ‘Enter’ can be used, including gun turrets, and later boats.

There are six levels in Mercs in total, plus a final level with a boss battle on a Hercules transporter plane where you have to rescue the president.

One final thing to note is that Mercs does have a very vertical screen – a format that was becoming rare in the late 80s/early 90s as widescreen monitors were becoming more popular. In vertically-scrolling games, vertical monitors are generally quite useful (because they allow more of the play area to be in view at once), but Mercs scrolls horizontally as much as vertically, so that doesn’t really apply. The vertical screen does make it feel very old school though. 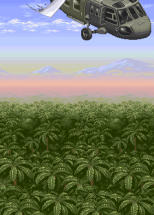 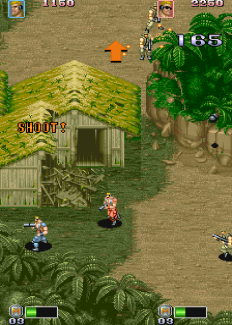 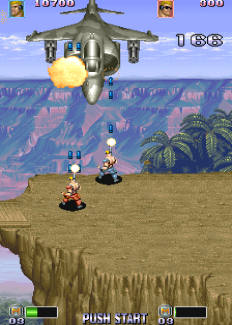 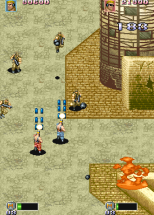 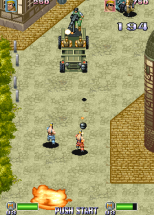 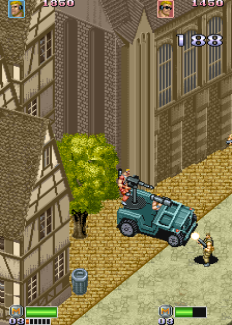 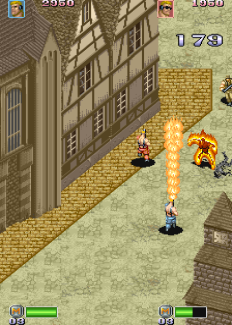 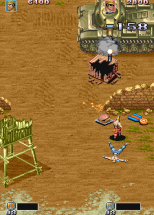 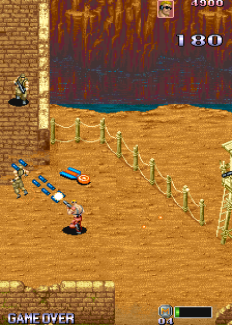 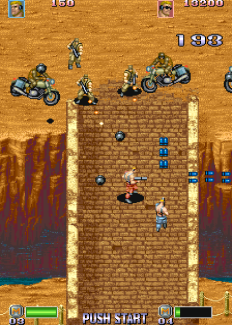 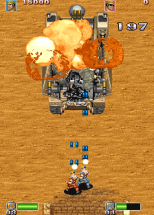 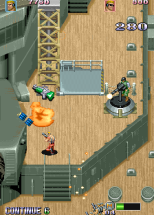 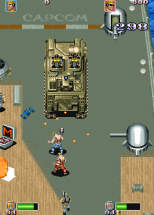 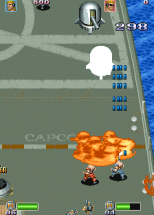 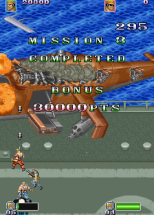 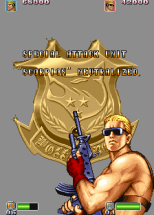 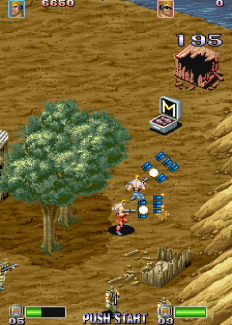 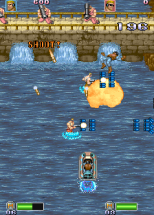 One thought on “Mercs, Arcade”