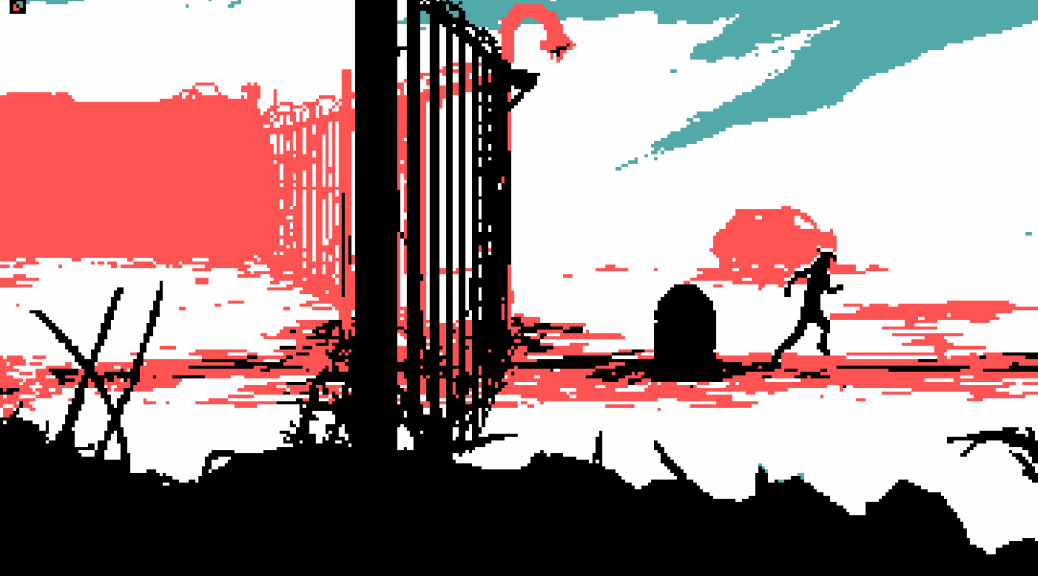 The Eternal Castle is a stunning platform/action indie game from Leonard Menchiari, Daniele Vicinanzo, and Giulio Perrone, and published by Playsaurus in 2019.

It is a tribute to games such as Another World, Flashback, Limbo, and INSIDE, and features a lone character, running from left to right, moving from puzzle to puzzle, trying to survive in a weird, dark world full of technology, destruction, mystery and death.

The game’s Steam page claims that it is a “remake of the original Eternal Castle of 1987″, but that’s not true. It’s a joke. This game did not exist in 1987 and this is not a remaster. In fact, this is a parody of a remake. And a very clever one, to be honest. Which at least proves that the developers have a sense of humour. And a very dark one at that…

The star of the show in The Eternal Castle are the stunning 2-bit CGA visuals. Yes… only four colours on-screen at once, and I’m calling them “stunning”… They might not look like much in still screenshots, but you really have to see the game moving to appreciate just how good this game looks. As an ex-animation student myself I have to say that The Eternal Castle is a masterpiece of animation and design. A masterpiece! And to be honest: I really don’t know how they did it. I can only guess that they used a mixture of CGI and hand-drawn techniques to create such amazing lighting effects. Combined with the music and sound effects, the atmosphere created by this game is unique.

The gameplay is gripping too, because you really want to see what happens next. What the big mystery is with the main character, and this strange world that he’s in. Each screen or area represents a different puzzle to solve. Sometimes it’s a simple solution; other times it’s more obscure. Sometimes you’ll have to keep re-playing to find a way through, but it really is worth the effort. It’s only a short game anyway, which is why it doesn’t cost much to buy.

The Eternal Castle isn’t perfect, but then no game is. I found a bug within the first few screens, on my very first playthrough. On the third screen (the first screen where you have to use the action button to punch some columns), my guy ran off the screen, and into the next screen, but the view didn’t change to follow him. He was basically running around in the next screen and I couldn’t see him, or move him back into view. The only thing I could do was quit and reload. I then found another problem a few screens later. I failed to pick up the second gun (from the guy crushed with the jet engine), and ran out of ammo, just before the first boss fight. And you need at least two bullets to bring him down. So I had to restart the game from scratch… Which was my bad.

What I’m getting at is: The Eternal Castle does have its flaws, BUT it is both an excellent game overall, and a masterpiece of animation and satire, so can be forgiven for this. These small bugs will no doubt be patched out eventually. And even if they aren’t then I’d still recommend buying and playing this game. That’s how good it is. I commend the developers for trying something different, and for their skill in making something so visually interesting with such tight restrictions. To me it’s a sign of their genius.

Note: if you’re one of those people who felt “deceived” by The Eternal Castle – that it wasn’t a remake – then you’re an idiot.

Steam: The Eternal Castle on Steam 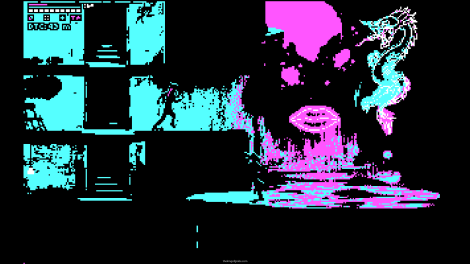