Konami‘s classic Super Nintendo platform game, Legend of the Mystical Ninja (1991), is about as much fun you can have on this particular system – it is just so chock full of variety and fun that it is undeniably one of the best games on the SNES.

There is so much to say about Legend of the Mystical Ninja, like the fact that the main character – Goemon – is loosely based on a real historical figure (a Robin Hood-like outlaw, who robbed from the rich to give to the poor, and was captured and executed (boiled alive in public, no less) in 1594), or the fact that the game features a smorgasbord of great mini games; a brilliant soundtrack; outstanding graphics; irreverent humour; stunning ‘Mode 7’ rotating platforming sections; memorable boss battles; RPG elements (like money, shops, and ability-boosting); a superb two-player mode… The list is endless.

One of the most talked-about aspects of Legend of the Mystical Ninja is the fact that it features a mini game that is the entire first level of the classic arcade shoot ’em up Nemesis (aka Gradius).

There’s a brilliant horse racing game; a maze; a lottery; a quiz (with questions that cover events in the game to that point); card games; mole-bashing – and more.

If you’ve never played it… Well, that is something you should consider rectifying. Whether that’s on a real SNES, or a SNES Mini, or an emulator: it matters not. Legend of the Mystical Ninja is just so laden with character and joy that it cannot be missed.

More: Legend of the Mystical Ninja on Wikipedia 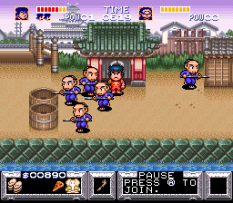 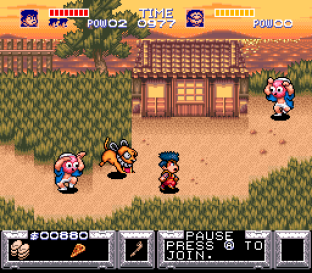 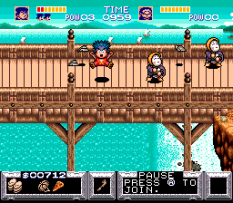 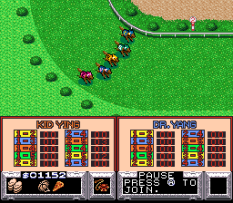 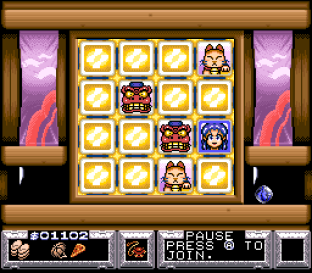 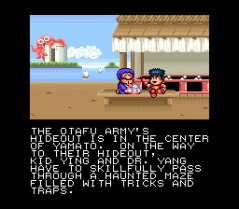 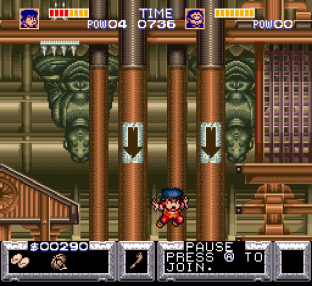 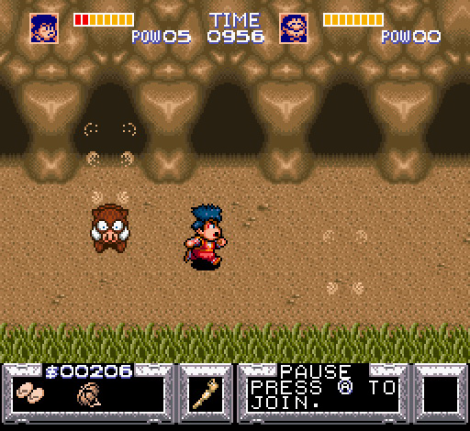 7 thoughts on “Legend of the Mystical Ninja, Super Nintendo”