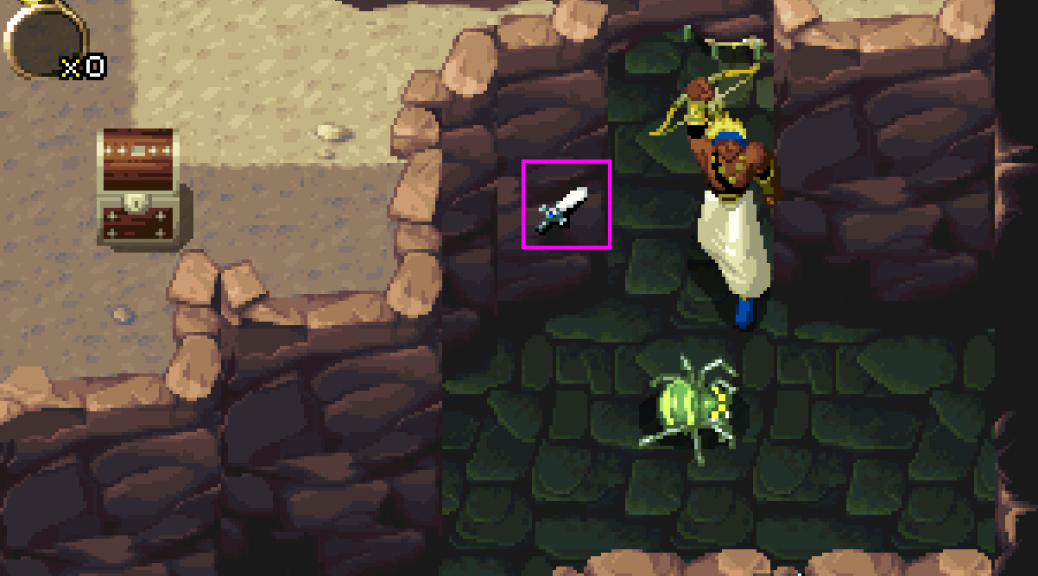 The Legend of Oasis is the Saturn-exclusive sequel (and prequel) to Beyond Oasis on the Megadrive/Genesis. It’s also known as “The Story of Thor 2” in some territories. The game was developed by Ancient and published by Sega in 1996.

You play as Leon, who lives in the desert village of Oasis, and who embarks on a quest to find six elemental spirits to defeat the evil wizard Agito. The Legend of Oasis is an overhead Zelda-like action adventure with real-time combat with fighting game-style special attacks. The game is single-player, but does have a cooperative two-player mode available if you enter a special cheat code (see below).

You acquire and summon elemental spirits, which can do different things, although they only remain available while you have magic power available, which diminishes while they’re summoned. You can replenish your physical and magical powers at a purple circle of magic.

You get “Dytto” the water spirit first and she can freeze water, freeze enemies or put fires out with bubbles, heal you, attack with water tornadoes, and also disperse spirits. The other five spirits – “Efreet” (the spirit of fire), “Bawu” (the spirit of earth), “Brass” (the spirit of sound), “Shade” (the spirit of darkness), and “Airl” (the spirit of air) – all have their own abilities and powers and are gradually attained as you progress the story.

Early on in the game you acquire a bow, which can fire arrows normally, and can also fire them upwards by pulling back on the d-pad (which is a neat touch). The bow is not only good for shooting enemies, but it can also hit unreachable switches and do a number of other useful things.

Another surprising game mechanic is Leon’s ability to shrink or grow in size. Eating ginger makes Leon grow to double his size, and eating thyme makes Leon shrink to half size, which opens up the possibility of getting into small spaces or using his size to increase his strength. In fact The Legend of Oasis is full of great little touches like these, like – for example – the trick of setting your enemies on fire by getting them to walk into fires (if there’s a fire nearby, stand on the other side of it and some enemies will blunder into it as they try to get to you). The Legend of Oasis is actually a great leap forward from Beyond Oasis in this sense.

The game has stunning, beautiful graphics with lots of nice animation touches, like the water splashes and the dust clouds, and is accompanied by an atmospheric and equally lovely soundtrack.

The Legend of Oasis oozes quality throughout. The only real downside is having to remember how to pull off all those special moves. There are so many button combos that it’s easy to forget…

I’d go so far as to put The Legend of Oasis in my top ten Saturn games of all-time. It’s varied, intriguing, involving, and looks marvellous. It’s a masterpiece of 2D adventuring.

More: The Legend of Oasis on Wikipedia 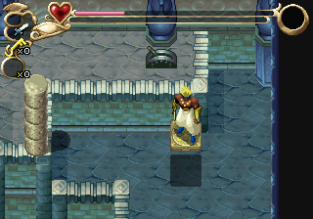 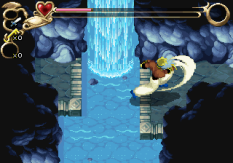 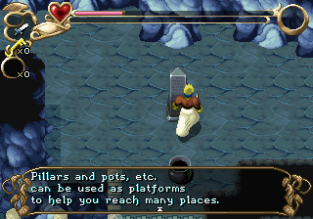 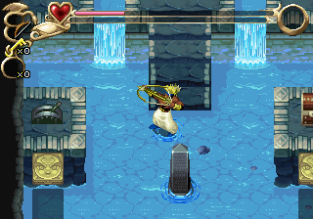 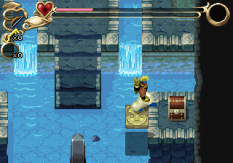 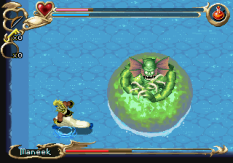 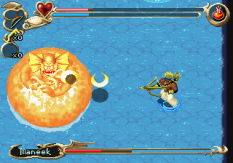 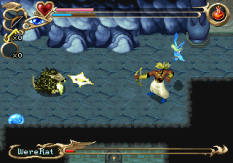 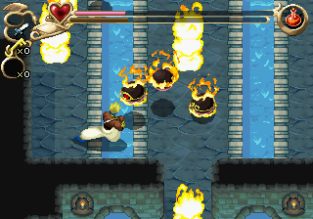 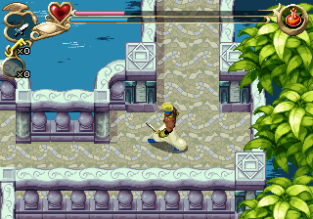 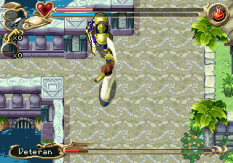 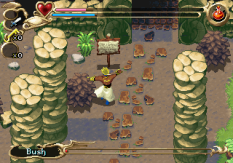 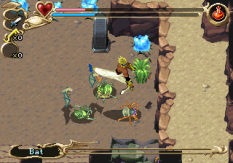 One thought on “The Legend of Oasis, Sega Saturn”