Torneko no Daiboken: Fushigi no Dungeon (translating as “Torneko’s Great Adventure: Mystery Dungeon“) is the first game in the Mystery Dungeon series from Chunsoft, the developer known for creating the Dragon Quest series. It is a ‘Roguelike‘ dungeon-crawler, with randomised maze-like dungeons and was first released in 1993.

You play as Taloon (aka Torneko in the Japanese version), the merchant from Dragon Warrior IV, who delves into dangerous dungeons collecting items, so that he can sell them in his shop, and gold so that he can expand it. This spin-off from the Dragon Quest series continues Taloon’s story from Dragon Warrior IV, where he wishes to make his store famous by venturing into dungeons to retrieve rare items to use as stock.

Torneko no Daiboken: Fushigi no Dungeon was only ever released in Japan, but a fan translation does exist for English-speaking gamers. The down side is that this translation patch is incomplete and does have a few problems, but it does at least make the game playable. I tried applying the patch, with no luck (couldn’t get it to work properly), so I looked around and found a ROM that had already been patched, but playing it showed numerous formatting issues with the English text. But it at least enabled me to play the game.

Starting off: you fight through a beginner dungeon first, before the actual real test begins. Movement is turn-based; you move before the monsters do, and combat is a mixture of physical (swords etc.), ranged (bows and arrows), and magic (scrolls and wands cast different kinds of spells). You can also throw items at monsters which will cast them with afflictions (confusion, sleep, or blindness, for example), and some monsters can do the same to you, so you have to be careful.

Many of the monsters are recognisable from the Dragon Quest series (such as Slimes, Chimera, Drakee, and Magicians), and they gradually get more powerful as you descend deeper into each dungeon. Occasionally you might even stumble upon a monster lair, which might be full of the damn things. So it pays to be prepared.

One feature that you always have to keep an eye on is the “belly” statistic on the status panel. Taloon must eat food and keep something in his belly at all times. If his belly percentage reaches zero he’ll die. In fact: if Taloon dies at any point during a mission he’ll get tossed out of the dungeon (by monkeys?) and will lose most of his gold, and all of his collected items, which is extremely frustrating.

Also frustrating are the numerous traps hidden throughout each dungeon, of which there are many different types. Acid pits will erode your armour; pitfalls will drop you to the floor below; landmines will explode and remove a good chunk of your health; switches will fire arrows at you; gas will put you to sleep, hidden rocks will make you stumble and drop all your carried items, and so on. You can, however, swing your sword in front of you to reveal a trap if it’s in front of you, but doing that before you activate a trap is generally a lucky move, and every sword swing you do uses a turn, which means that monsters who’ve detected you will be moving towards you while you’re doing it (unless they’re asleep).

As you explore a dungeon you can find better weapons and armour, and use spells to buff them up (or stop them from eroding), but you also have to be careful of cursed items that cannot be removed if equipped. That is: unless you find an ‘uncurse’ scroll. Torneko no Daiboken: Fushigi no Dungeon really is a devilish game, when it comes to screwing over the player with evil tricks… And on top of that, your level, experience, and inventory is re-set for every new dungeon.

Although Torneko no Daiboken: Fushigi no Dungeon is an absorbing and interesting game, it won’t be for everyone. The beginner dungeon at the start of the game is too easy, and the actual first dungeon is too hard. The difficulty curve is steep and the game can be frustrating to play at times. If you’re playing in an emulator then quicksaves might be a good idea.

A thirty-second claymation TV commercial was aired to promote the game in Japan. It’s available on YouTube, here.

More: Torneko no Daiboken: Fushigi no Dungeon on Wikpedia 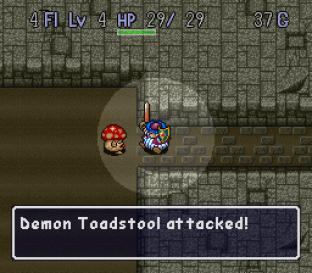 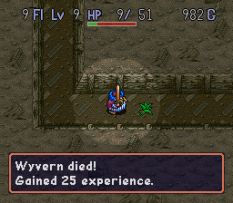 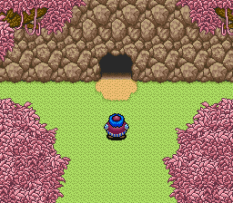 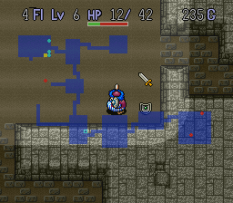 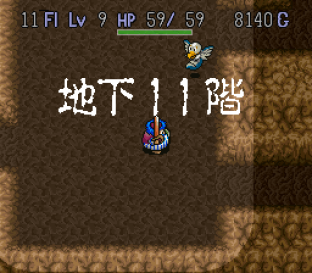 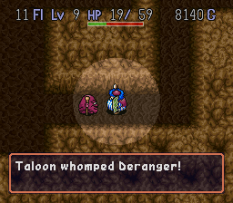 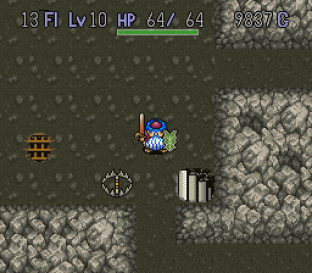 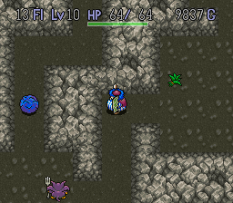 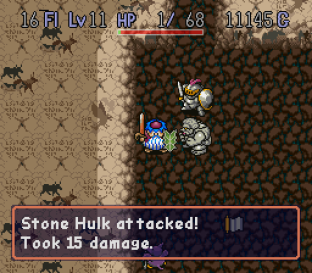 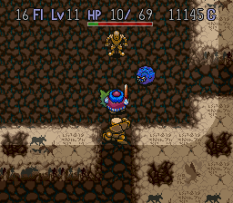 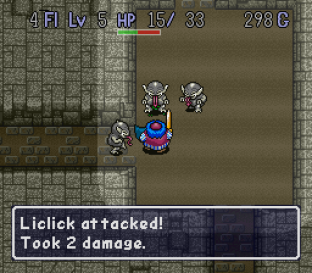 One thought on “Torneko no Daibōken: Fushigi no Dungeon, Super Nintendo”