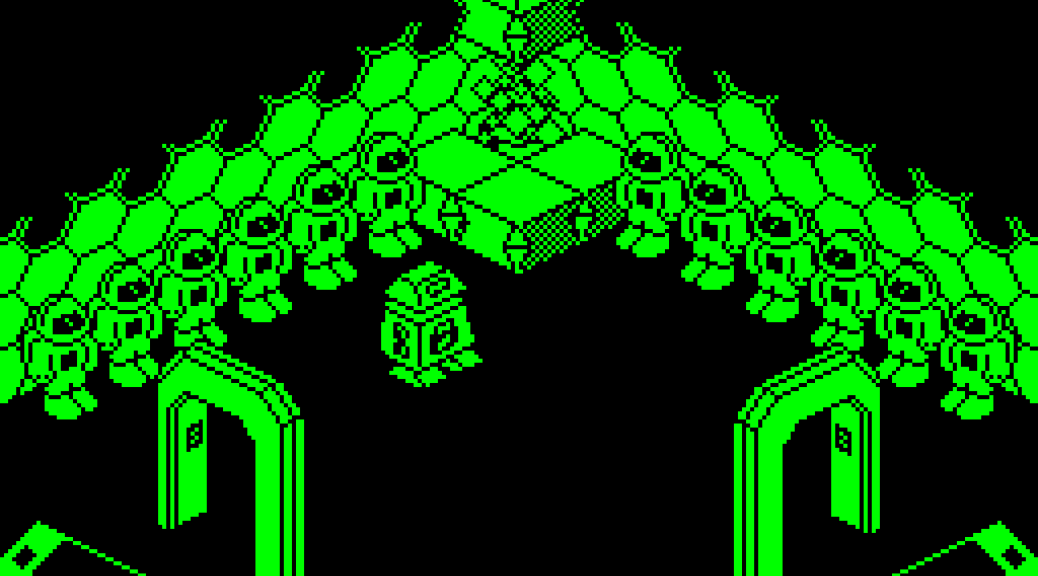 Alien 8 is a classic isometric platform puzzle game that was released by Ultimate Play the Game on four formats – ZX Spectrum (the original), BBC Micro, Amstrad CPC, and MSX.

The BBC Micro conversion of Alien 8 has responsive controls and runs slightly faster than the original Spectrum version. It still suffers from slowdown when there are a number of moving objects on screen at once.

The aim of the game is to collect a series of ‘circuits’ to re-activate the cryogenic life support systems inside a large, isolated spaceship.

You play a robot who can move and jump, and can carry three circuits at once. He must collect and place these circuits into the right places to save the crew. When a circuit is dropped into the correct place the screen flashes and turns white, which indicates that the life support in that room has been reactivated.

In total there are 129 rooms and many contain simple puzzles and hazards that the titular robot must solve and avoid in order to acquire circuits or reach places where the circuits must be dropped.

The BBC version unfortunately doesn’t have the funny ‘reprogramming’ screen when the game is over – otherwise it looks and plays pretty much the same as the original.

Alien 8 on the BBC was programmed by Paul Procter and published by Ultimate in 1985. 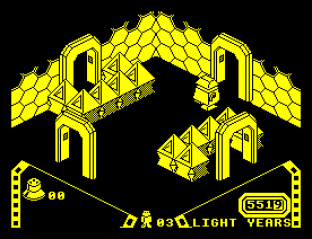 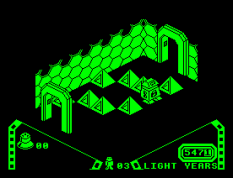 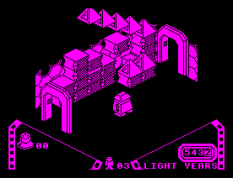 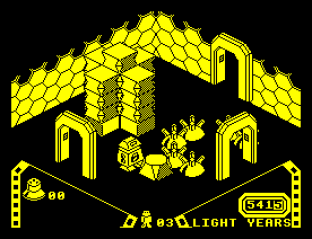 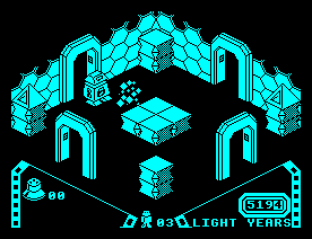 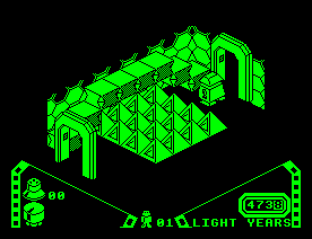 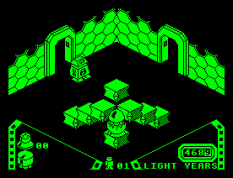 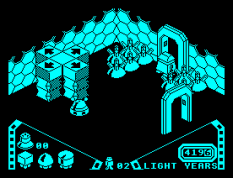 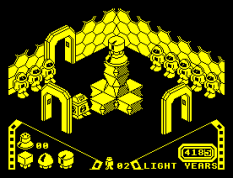 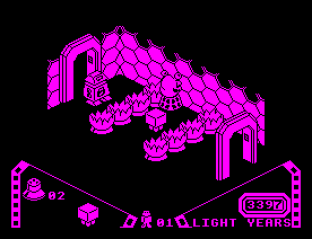 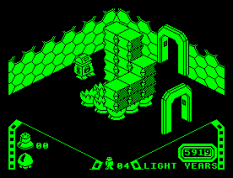 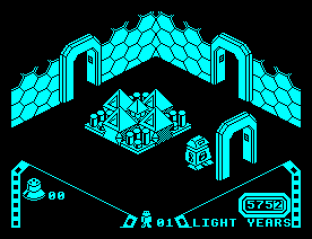