The 1987 conversion of Ikari Warriors is bit of an “auteur piece” on the ZX Spectrum. What I mean by that is: one guy made it on his own. He programmed the game; created the graphics, and did the sound. That man was David Shea, and the truth be told: he did an excellent job of it – managing to squeeze in most of the arcade game‘s features. Which is pretty impressive on a Spectrum.

The conversion even has simultaneous two-player action, just like its famous arcade parent. This would usually mean two people huddled around a Spectrum keyboard, although one person could use a joystick and the other keys, if you wanted to avoid accidentally touching each other during play.

Ikari Warriors even supports the Kempston Mouse. I tried it when researching this piece and I have to say that it works very well! Not many Spectrum games ever supported mouse controls.

Ikari Warriors on the Spectrum recreates the challenging, vertically-scrolling action of the original well. Getting in tanks and blasting the enemy to pieces is a lot of fun. And the game looks great too. Definitely one of the best Commando-like scrolling shooters on the Spectrum. 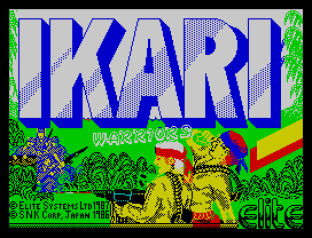 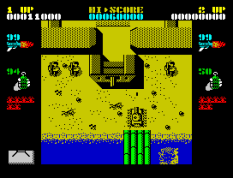 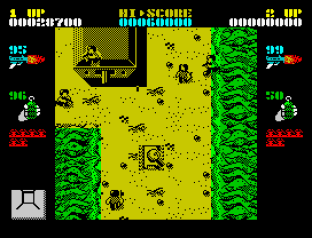 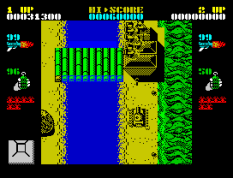 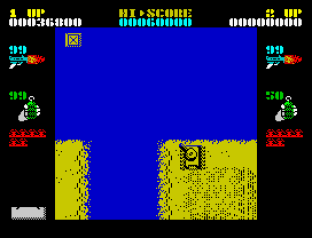 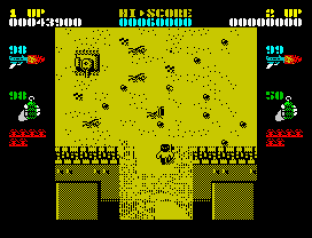 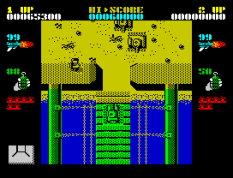 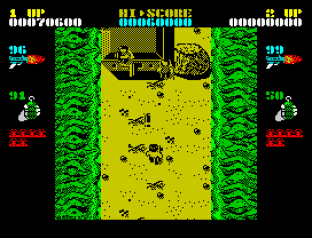 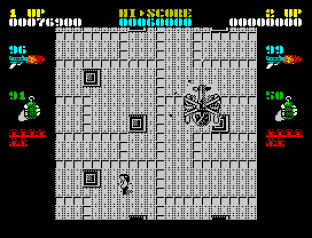