This Commodore 64 conversion of SNK‘s classic arcade game, Ikari Warriors, is considered to be one of the best vertically-scrolling shooters on the system. It was programmed by John Twiddy and published by Elite Systems in 1986.

There are in fact two different conversions of Ikari Warriors on the C64 – a US version, developed by Quicksilver and published by Data East, and this one, which was made in Britain and is considered to be far superior to the US version.

Two players can play Ikari Warriors simultaneously, which is how the game is best played. The idea is to make your way vertically up the level, taking out enemy buildings with grenades and jumping into any tanks you see along the way.

The play area is quite small – not taking up the entire screen – but the programmer does use sprites in the border for the scores at the top and the weapon indicators at the bottom. Thus the strange shape of these screenshots. The ‘sprites in the border’ technique on the C64 (an interrupt timing trick) was not really known until later on in the machine’s life and this was one of the first commercial C64 games to use it.

Ikari Warriors is a very challenging game, with waves of enemy soldiers, bullets, helicopters, mines, and concrete bunkers everywhere. Jumping in a tank will give you an advantage for a while, but as soon as the tank begins to smoke it’s time to get out of there. If it explodes with you inside you’ll lose one of your precious lives.

A simple but suitably war movie-style tune plays while you’re blasting your way up the screen, but at least it gives some room for sound effects. 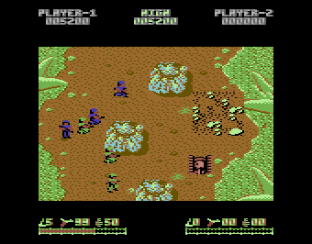 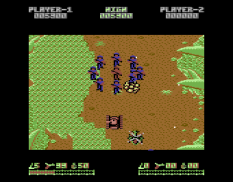 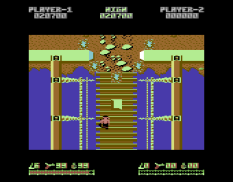 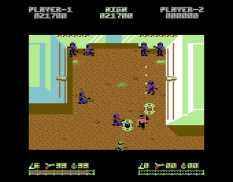 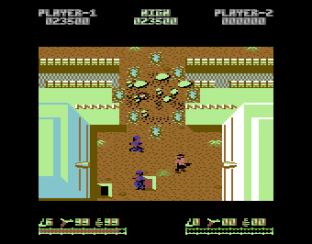 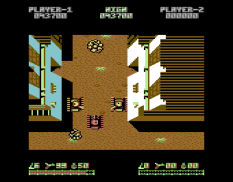 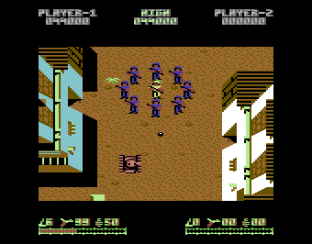 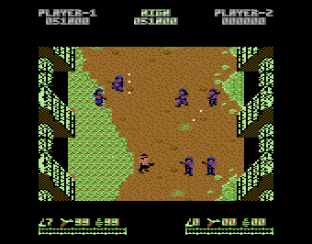 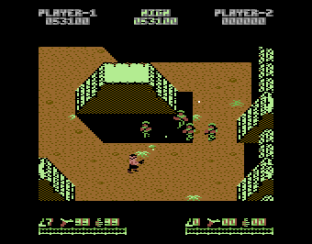 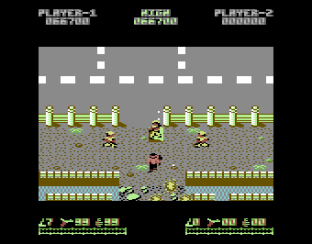 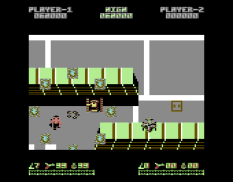 One thought on “Ikari Warriors, Commodore 64”