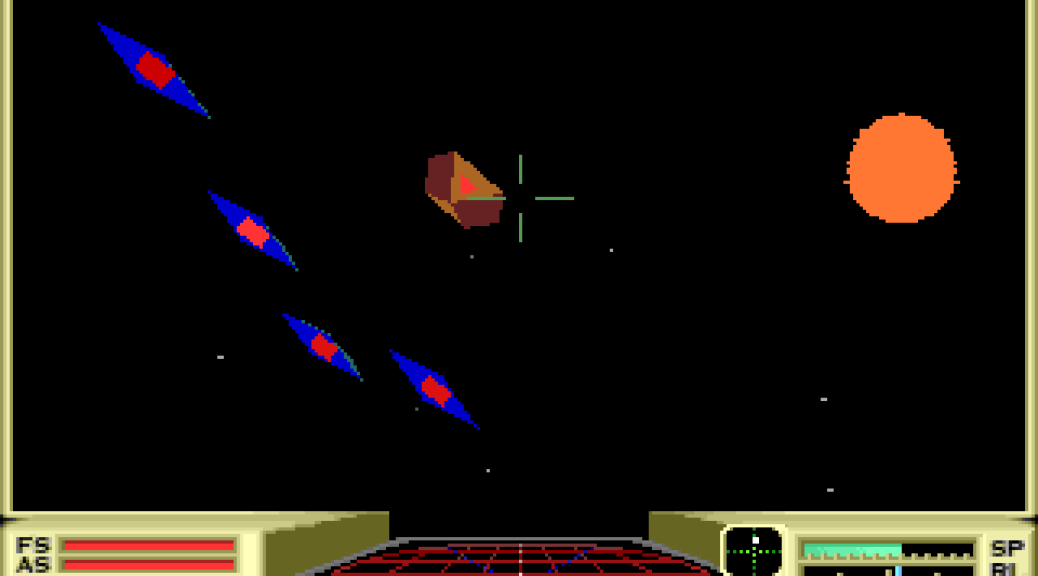 The Acorn Archimedes conversion of Bell and Braben‘s classic Elite was written by Warren Burch and Clive Gringras and published by Hybrid Technology in 1991.

It is considered by many to be the definitive version of Elite available, although that is both a matter of taste, and also a matter of actually getting the game to run in a RISC OS environment.

There are Archimedes emulators around which will run Elite no problem, though, and it (rather unsurprisingly) runs very fast on a modern computer. The controls in the version I played were extremely responsive and took some getting used.

Archimedes Elite does have a few extras which makes it very appealing to Elite fans though.

Planets now rotate and have graphical details on them that show the rotation, which is cool.

The most significant change, though, is in the way other craft behave. In this version individuals go about their own business, have feuds with each other, and generally act in a more realistic manner than before. A lot of systems that you visit have space battles going on between individuals, which you’d do well to stay away from if you want to survive… It is fascinating, though, watching convoys, police, and other spacecraft go about their daily business around you. Which makes the world you’re playing in more interesting than in regular Elite.

That said: it is a real challenge gaining a foothold in Archimedes Elite. Everywhere you go everyone seems to want a piece of you… I played it for a few hours and enjoyed it, but couldn’t figure out how to save the game. If I can figure that out I might come back to it…

Oh, and manual docking I found to be a real bitch in this… Manual docking has always been a problem in Elite (it should really be easier – just for the sake of the gameplay), but one wrong move when you’re moving in for final docking and it’s goodnight Vienna…

See also: Elite Plus, and the sequel Frontier: Elite II. 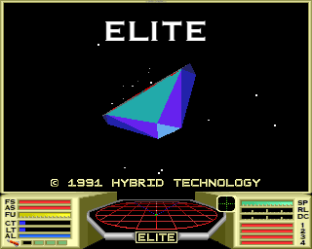 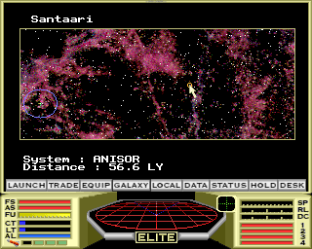 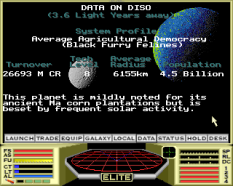 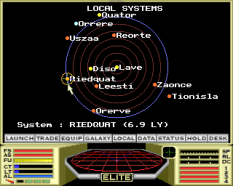 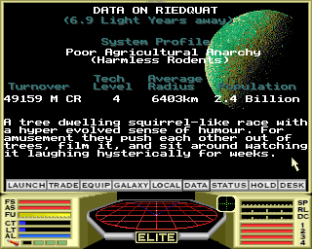 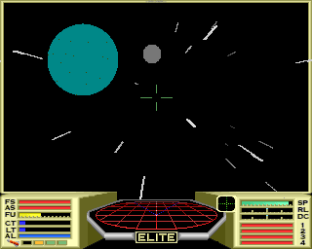 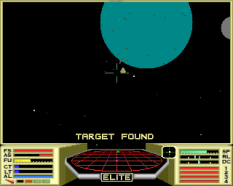 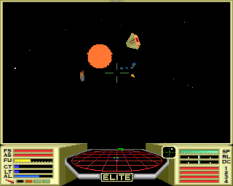 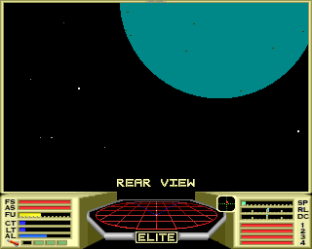 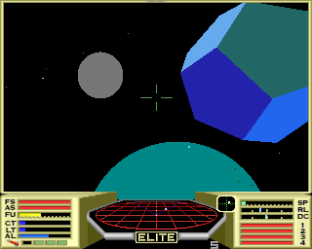 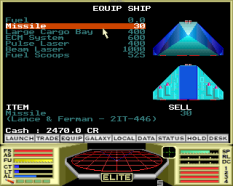 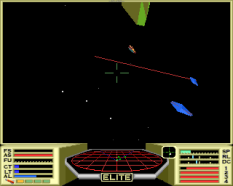 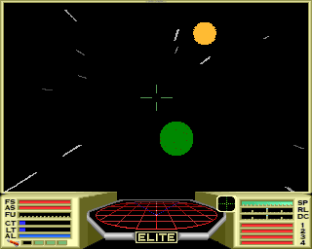 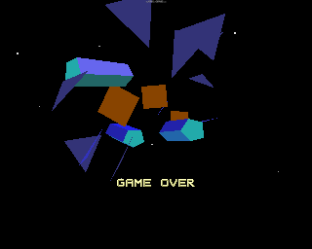 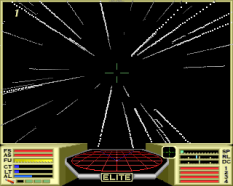 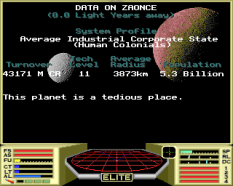 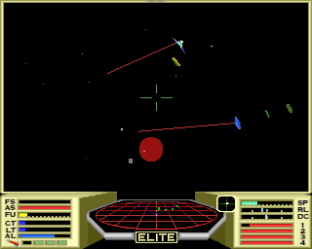 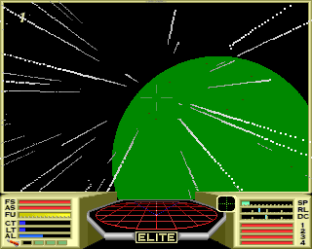 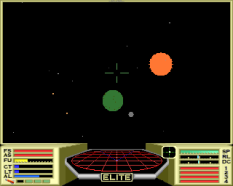 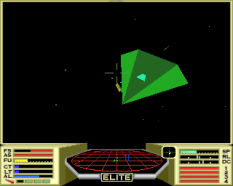 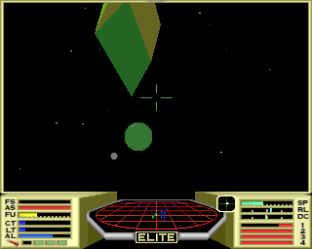 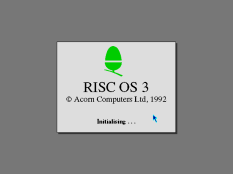 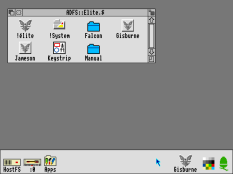 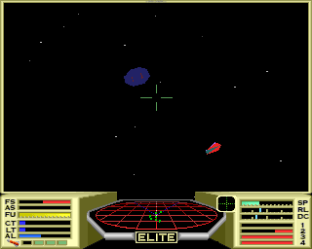