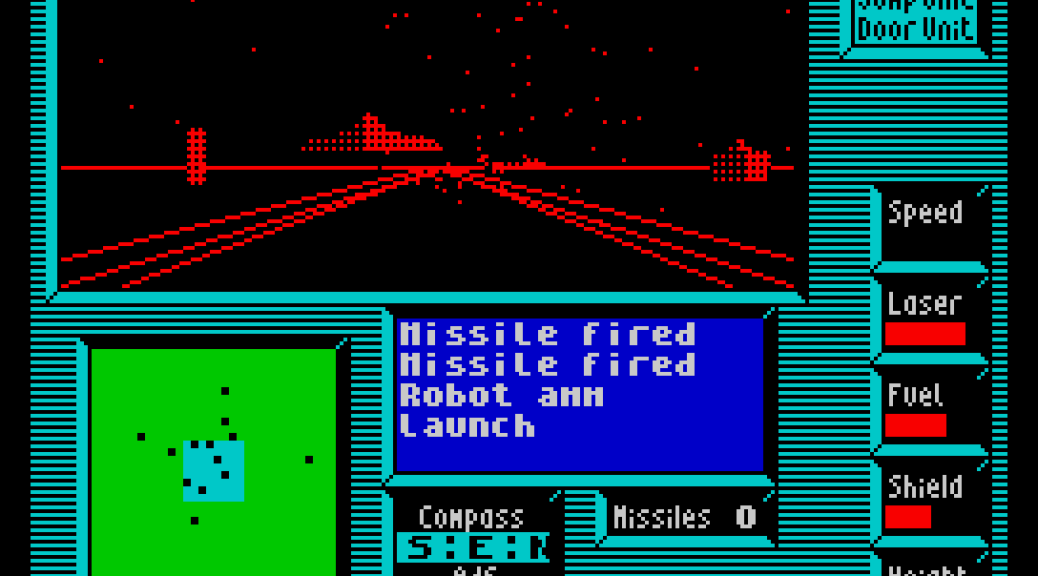 Sub-titled “Tau Ceti II“, Pete Cooke’s stunning Academy is a brilliant mission-based surface shooter that combines great presentation and atmosphere, with interesting use of light – quite radical for a humble ZX Spectrum.

Like Tau Ceti before it, Academy uses a simple but effective technique for celestial lighting, giving objects around you shading, and even back-lighting. And, as the stars move in the sky, the shadows move around with them too. Basic Newtonian physics feel like they are driving the whole game, which is a feeling you still get today.

Another remarkable thing about Academy is the menu system, which is WIMP style, and can be controlled with keys, a joystick, or even an actual mouse. It was way ahead of its time back in 1986 anyway.

At its core Academy is an involving and frantic first-person, cockpit-style shooter. You fly a Skimmer that can be customised by changing the engine, weapons loads, equipment payloads, and even the on-screen display panel. Quite radical at the time! 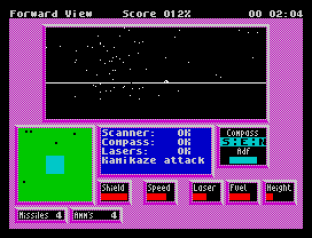 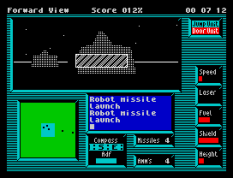 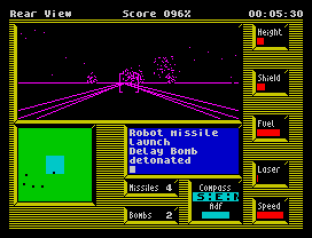 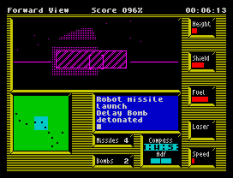 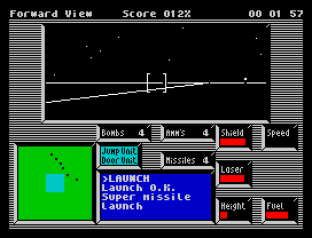 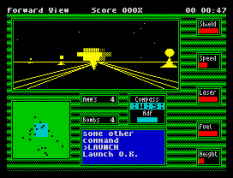 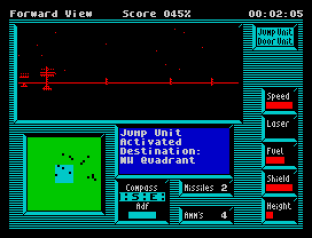 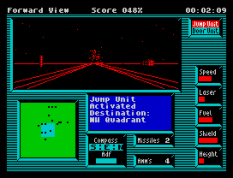 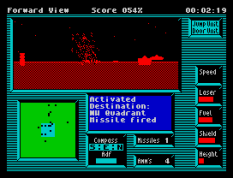 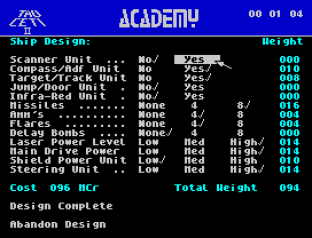 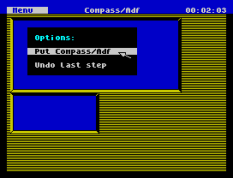 One thought on “Academy, ZX Spectrum”