Published by CRL Group in 1985, Tau Ceti was programmer Pete Cooke‘s breakthrough game. ‘Breakthrough’ in that it was just completely brilliant and ahead of its time, and ultimately: influential.

What makes Tau Ceti great are not just the atmospheric graphics, with their stunning use of light and dark, but that the gameplay is also very easy to get into and also completely absorbing. When you know what you’re doing. You have to read the manual really, but the craft you fly (called a Skimmer) requires a mixture of command input (when you’re docked at a base you must type “launch” to set off flying, for example) and regular joystick type controls (up, down, left, right and fire).

When you’re out in the Skimmer the main job is to shut down the central reactor, but that is in a different city to the one to start in, so must be travelled to via a series of jump pads. Tau Ceti has a neat built-in map for locating cities and the links between them. The main reactor is in Centralis and you will need luck and skill getting there.

The cities on Tau Ceti are hostile places and have various strengths of defences. Some are static (like mines) but most will come after you. Blasting them, and keeping them off your tail, is done with a series of ordnance including lasers and missiles (shooting a distant Hunter ship with a missile is very satisfying).

As mentioned earlier: the use of light and dark in Tau Ceti is quite exceptional. The game uses a pseudo shadow effect to create night and day, as the host star moves around in the sky. This creates an atmospheric night-time feel when the shadows fall, and visually it makes it almost impossible to see the buildings and defences, which is why the Infra Red view mode is so cool. Switch Infra Red on at night and the game gives you a brilliant ‘night vision’ view. Complete with faux screen blur. Pretty amazing for the time. You can even fire up flares to light up the night sky.

Tau Ceti is not for everyone, but if you learn how to play it properly (ie. read the manual and learn the keys) you’ll find an amazing, complete, self-contained, sandbox world to blast around in and dominate, crammed into just 48K of RAM.

Tau Ceti spawned an even better sequel, called Academy. As much as I love Tau Ceti – and how innovative it is – I think Academy is even more amazing. Together I think both represent two of the best 8-bit games ever made.

Note: an enhanced version of Tau Ceti – the Special Edition – was released for 128K ZX Spectrums in 1987. Atari ST, PC MS-DOS, and Amstrad CPC versions of Tau Ceti exist too. 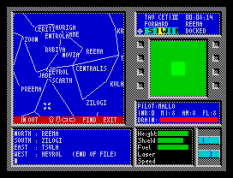 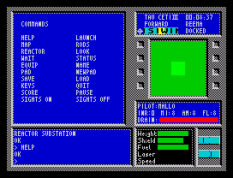 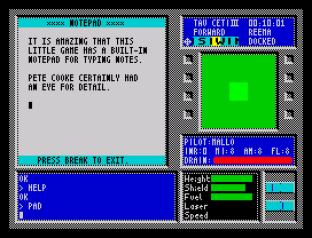 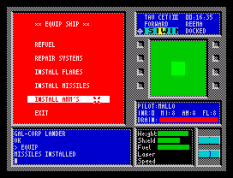 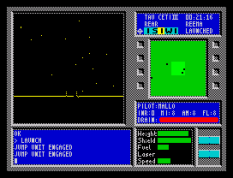 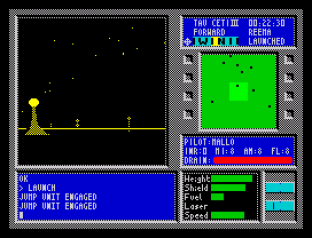