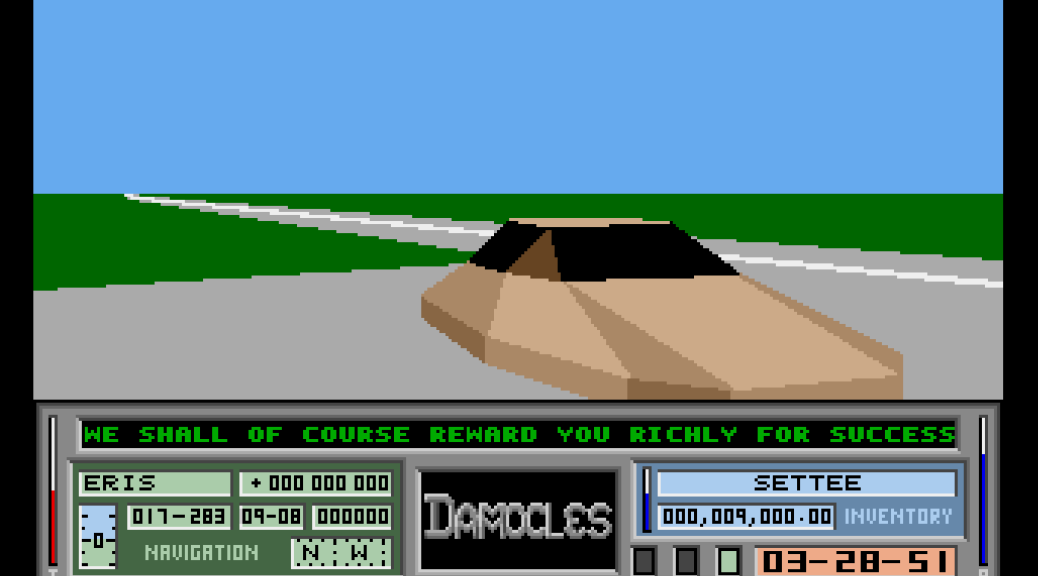 Developer Paul Woakes takes the Mercenary series much further in Damocles (1990) – the second game in the series.

Whereas in the first game the 3D graphics were all wireframe – and you were stuck on one planet – in Damocles the world is made of filled polygons, and you’ve now got an entire solar system to explore. The Gamma System.

In Damocles you have two tasks. The first is to escape the planet you’re trapped on (called Eris), and the second is to avert the collision of a comet with Eris. A tall order, but it is possible to complete. There are multiple ways of completing the game (five, so I read), and many ways of getting there.

The scope of Damocles is so much wider than Mercenary, and the graphical world you’re exploring is so much richer. There’s even a rudimentary implementation of Relativity, and Newtonian celestial mechanics. Space explorers, and those who like solving puzzles, will love Damocles, and its sequel, The Dion Crisis. 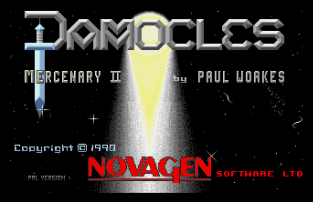 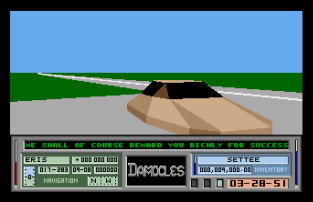 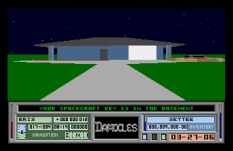 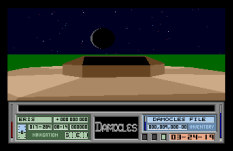 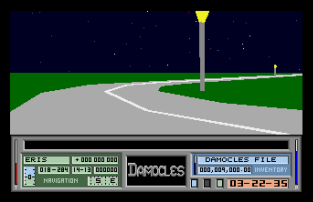 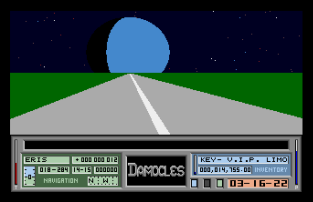 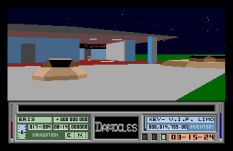 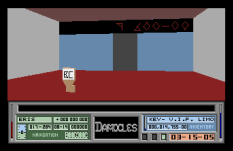 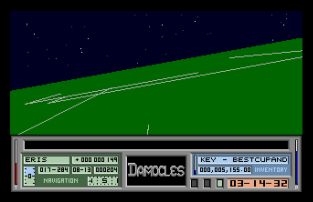 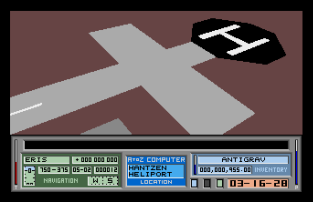 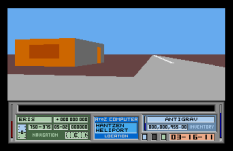 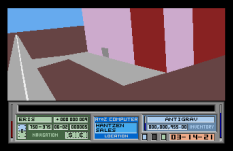 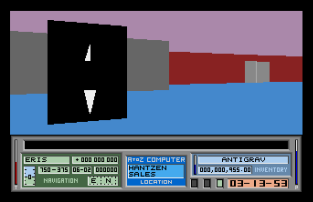