Smith created an almost pixel perfect game, which often requires pixel perfect jumping to complete. You play as Miner Willy, a characterful little feller, trying to make his way through twenty increasingly difficult screens, each with their own name and style.

Many retro gaming fans see Manic Miner as one of the best platform games of all time, and I wouldn’t argue with that. It was definitely one of the first ever video games to feature a continuous soundtrack, which was remarkable considering that the ZX Spectrum was not known for its sound capabilities.

Manic Miner was first published by Bug-Byte, and later re-released by Software Projects. It also spawned a famous sequel too – Jet Set Willy – although more about that later. In fact, Manic Miner was so successful that it was also converted to many other home video game systems as well, including the BBC Model B, Amstrad CPC, MSX and Commodore 64 (among others). The Spectrum version is still the best though, in my opinion.

More on The King of Grabs: 10 Best Manic Miner Conversions 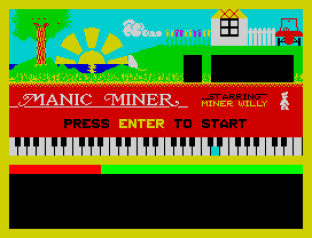 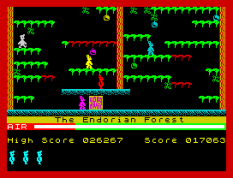