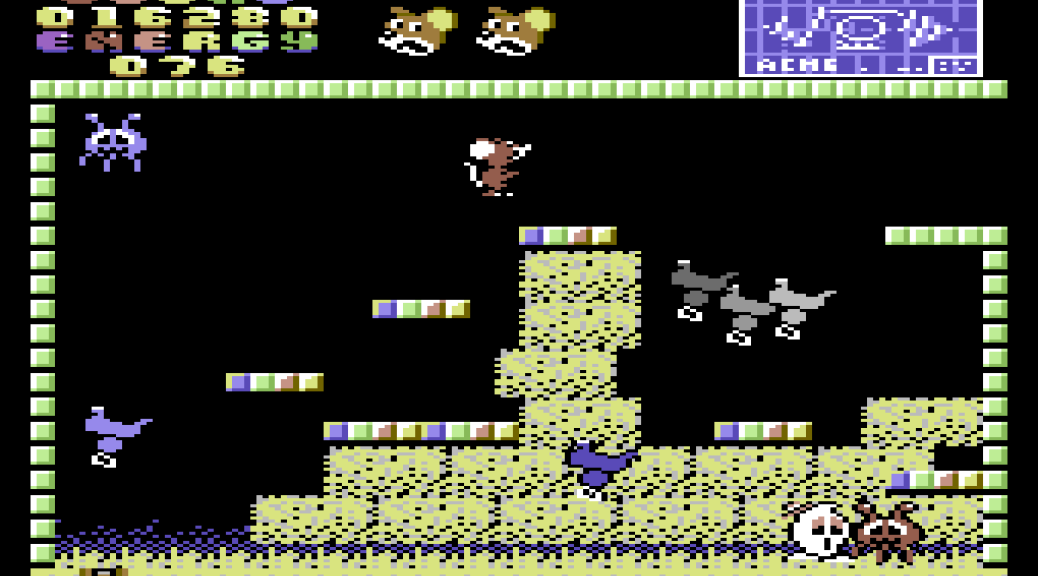 Summer Camp is an old school platform game that came out towards the end of the C64‘s life – 1990 to be precise.

It’s a cartoony collect ’em up in the style of Manic Miner, although in this you play Maximus Mouse trying to collect pieces of a blueprint.

I’ll admit that Summer Camp passed me by back in the day and I played it for the first time recently. I was pleasantly surprised by how good it was – in particular the basic design of the game, and the smooth movement of Maximus.

Each level is comprised of various connected screens that you can walk out of, through an exit, and into another. These screens also wrap around horizontally and vertically, so if you keep going in a particular direction you’ll eventually end back at the screen where you started.

The aim of the game is to collect all the small crates that say “ACME” on them. These are the boxes containing the pieces of blueprints. Once you headbutt the last one the game then fades to black and switches to a memory puzzle game whereby you must then build the item represented in the blueprint by hitting a series of coloured switches.

Summer Camp is beautifully presented. The graphics are excellent, with nice, varied backdrops and well drawn and animated sprites. Nice touches include Maximus showing his exasperation if you leave the controls alone, and also the way he’s ‘drawn’ back in after after dying. Music is a jolly but repetitive rendition of “The Trail of the Lonesome Pine” by Carroll/MacDonald (and popularised Laurel & Hardy).

What I didn’t especially like about Summer Camp, though, was the difficulty level. Honestly: Summer Camp is a beast when it comes to frustration. For me, that mostly stems from the hit-and-miss nature of the jumping. Also the unforgiving nature of bumping your head on things, and gravity in general. Summer Camp is definitely a wolf in sheep’s clothing. 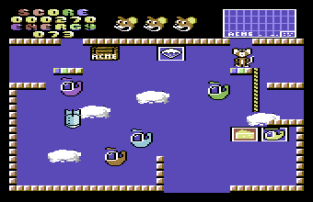 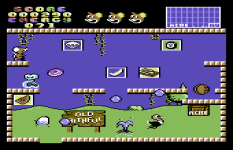 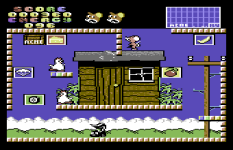 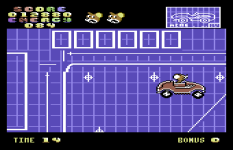 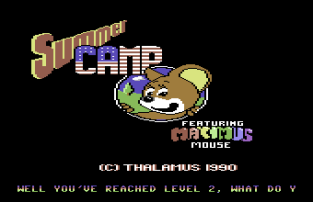 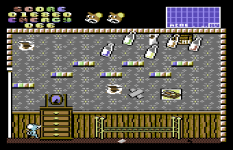 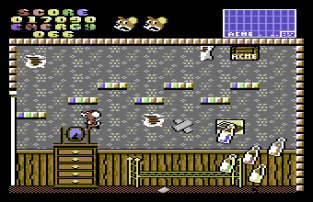 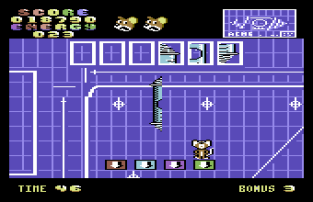 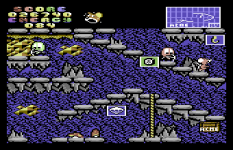 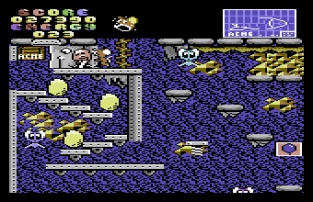 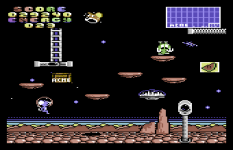 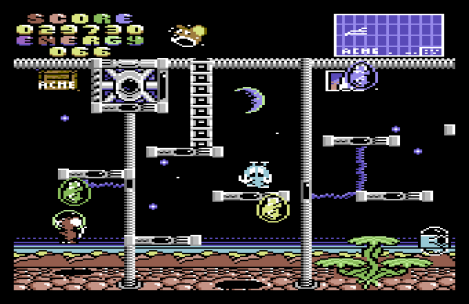