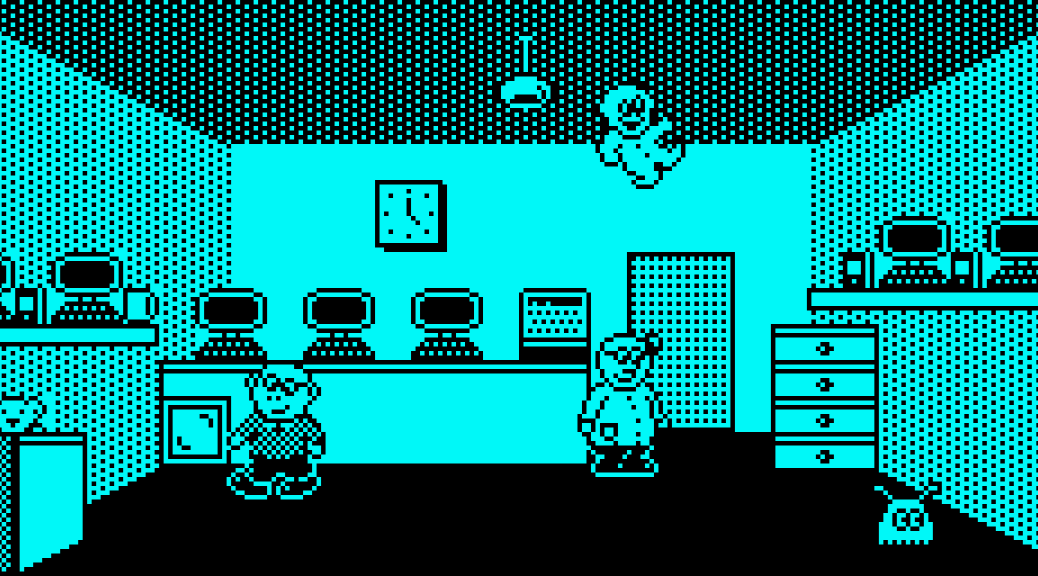 This puzzle-based platform game was written by Greg Holmes and published for the ZX Spectrum by Gremlin Graphics in 1986. The main character, Jack the Nipper, is a mischievous baby based loosely on the British comic character Sweeny Toddler.

Jack the Nipper is a flick-screen action adventure where you control Jack, a naughty child who wants to break the record for naughtyness (recorded on a device called a “naughtyometer“), and who needs to complete various wicked pranks on the inhabitants of the town he lives in. As a deterrent, if Jack is caught by any angry adults in the game, he will get spanked, and every time he receives a spanking his nappy rash (for Americans: diaper rash) increases. Contact with any roaming monsters or ghosts also increases his nappy rash. If the nappy rash grows too high Jack loses one of his five available lives.

The graphics in Jack the Nipper are cartoonish and appealing. Each location that Jack explores is in 2D, but the character is able to move backwards and forwards in the scene, which gives an impression of depth. The music in the game is jolly and reasonably tuneful but only plays at certain points – there’s no continuous tune throughout and sparse sound effects indicate when Jack is jumping or falling (like in Manic Miner), or picks up or uses items.

Jack the Nipper was a critical and commercial hit at the time of release and is still fondly-remembered by those who’ve played it, often appearing in ‘best Spectrum games of all-time’ lists. A sequel, called Jack the Nipper II: In Coconut Capers, was released in 1987.

More: Jack the Nipper on Wikipedia 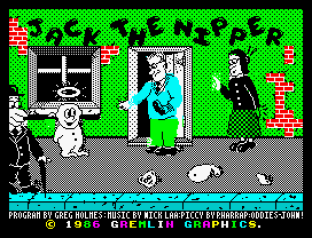 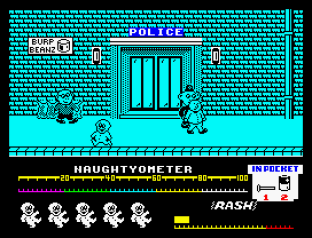 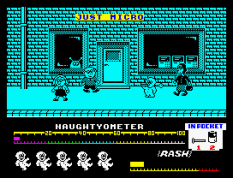 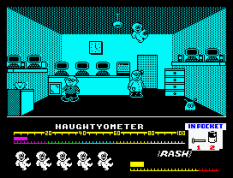 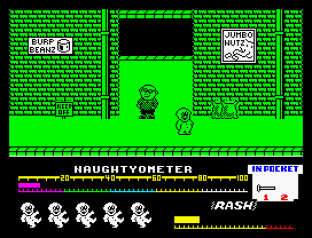 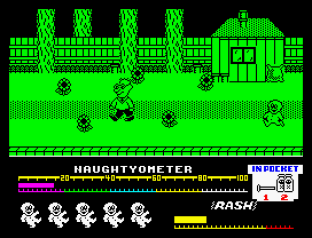 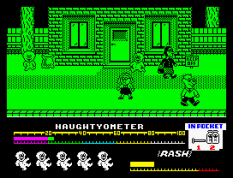 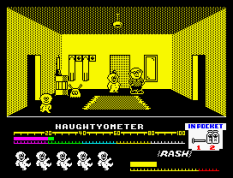 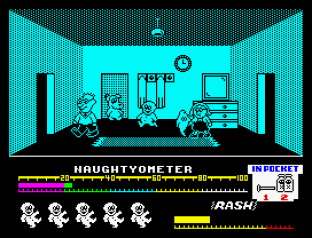 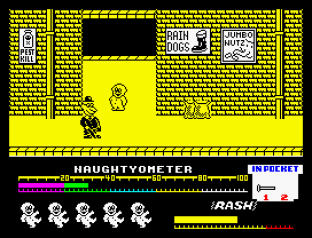 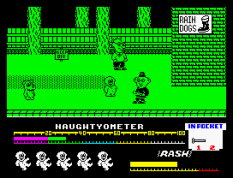 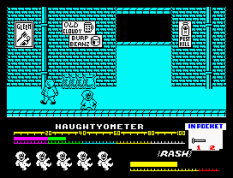 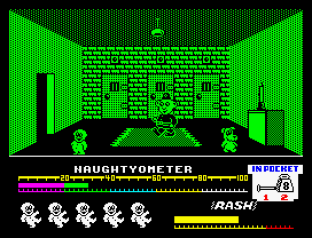 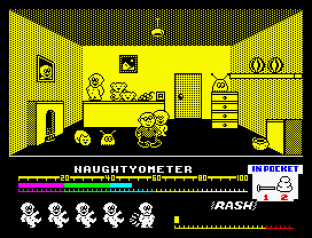 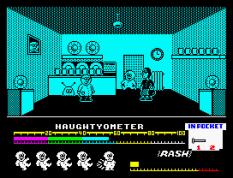 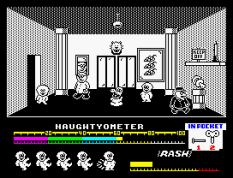 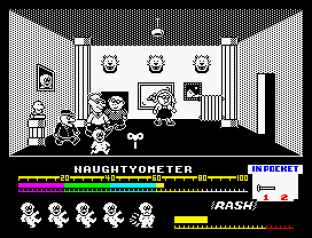 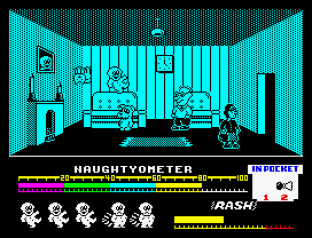 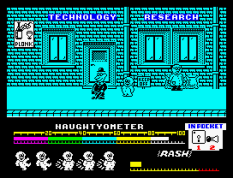 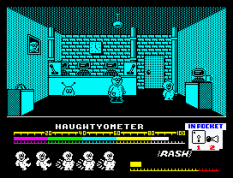 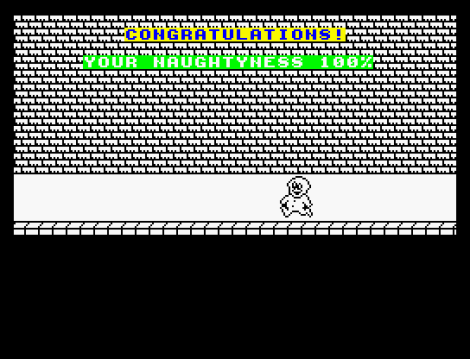 One thought on “Jack the Nipper, ZX Spectrum”