John Phillips‘ fabulous Nebulus attracted rave reviews when it was first released in 1987, and – to be honest – it still gathers rave reviews now. The Commodore 64 original in particular.

You control a small, green character called Pogo, and the aim is to leap your way to the top of a number of cylindrical towers, before swimming to the next one in a submarine. Easier said than done, however, as all the towers are laden with cruel traps and killer monsters. One touch and you fall down the tower. Fall into the water and you’re dead.

The rotating 3D effect of the towers is still superb even now, although at the time it was absolutely mind blowing. Quite revolutionary, and spawning a number of remakes and conversions to almost every system known to man.

In some places Nebulus goes under the name of Tower Toppler, Kyorochan Land (キョロちゃんランド Kyorochan Rando), Subline, and Castelian. There was even a sequel. It was awful. I posted grabs of it here. 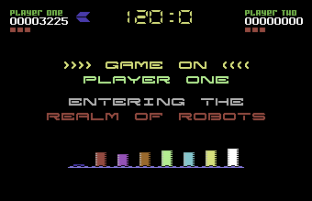 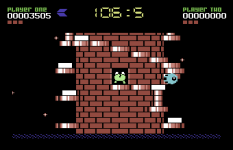 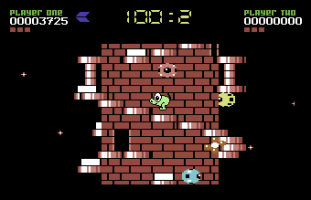