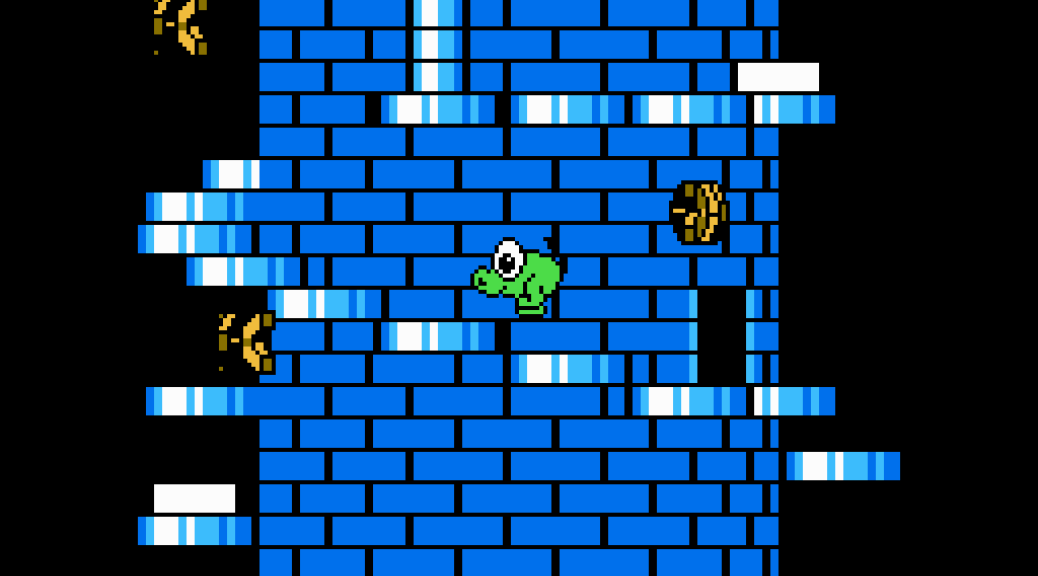 Castelian is the Nintendo Entertainment System port of John Phillips‘ classic Commodore 64 game, Nebulus. It was developed by Bits Studios and published by Triffix Entertainment in 1991.

Castelian is essentially the same game as Nebulus, with the same extremely challenging levels, but with some changes. The main character, Pogo, has been renamed Julius (ugh), and the bonus stages have been changed to a side-scrolling platform game where you have to collect gems by jumping on clouds (in the original game you go from tower to tower underwater, inside a submarine, and shoot fish for bonus points) and avoiding falling into holes in the ground. This new bonus stage is quite tricky as enemies can knock you off the clouds and to your doom.

In total there are eight different towers to beat in Castelian. Don’t be thinking, though, that the task will be easy. Castelian is a devilishly difficult game to beat and requires real thought and skill to master.

Castelian also appeared on the Game Boy from the same publisher. Both the NES and Game Boy versions were released in Japan under the title of “Kyorochan Land” by a company called Hiro, and Pogo/Julius was changed to a weird bird-like creature (apparently the mascot of a confectionery company called Morinaga & Co. – see the final four screenshots below). 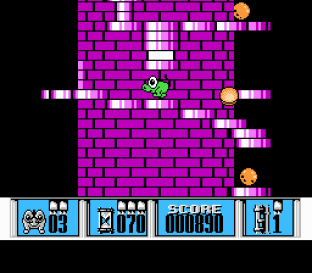 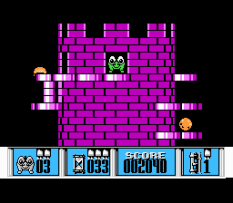 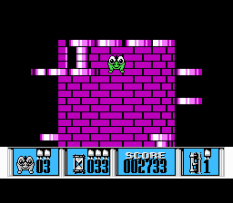 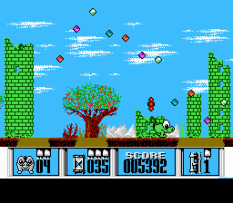 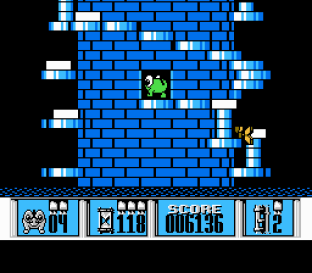 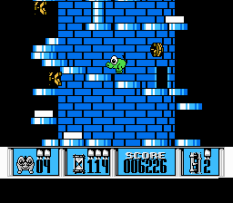 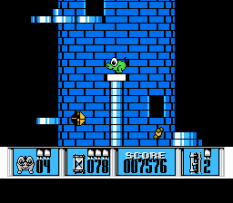 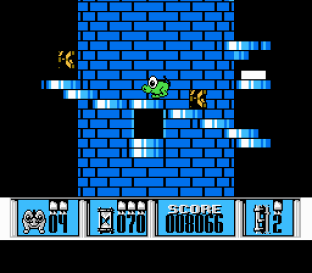 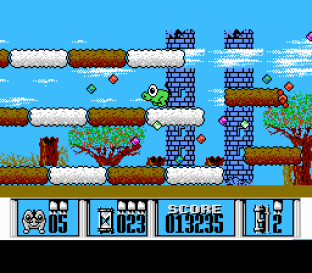 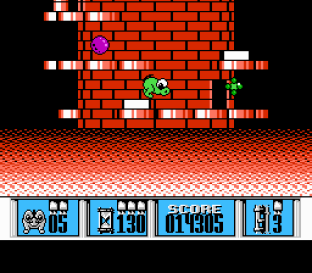 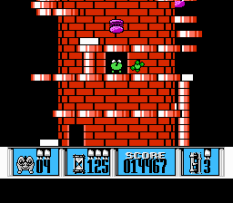