Developed by Software Creations for Sales Curve Interactive, Solar Jetman is a legendary ‘lost’ game that was canned by its publisher in 1991 and has since resurfaced and been ‘preserved’ online.

END_OF_DOCUMENT_TOKEN_TO_BE_REPLACED

Or, to give the game its full title: Solar Jetman: Hunt for the Golden Warship.

Solar Jetman is a really good gravity game in the style of Thrust or Exile, and also a spiritual sequel to the classic Ultimate games Jet Pac and Lunar Jetman – it starring the titular ‘Jetman’ of those titles.

Developed by Zippo Games for Rare, Solar Jetman was originally planned to be an original game, but Rare ordered Zippo to make it a Jetman game and a Jetman game it became.

The essence of the game is to fly around, in your thruster craft, picking up items and taking them back to base, while at the same time blasting floating aliens, gun emplacements, and various other enemies. All the time you’re fighting the effects of gravity, and on some planets it’s much stronger than others. On top of that there are areas with no gravity, and with gravity reversed, so it can become very tricky.

If you run out of fuel, or your craft is destroyed, one fun aspect of Solar Jetman is that you don’t die, but are then left alone in your spacesuit, and must make your way back to base. Do that, and you get another craft to fly, without losing a life.

Solar Jetman is a lot of fun to play, and is much more challenging than it looks on first inspection.

Solar Jetman is also notorious for developer Rare having a number of other conversions in the pipeline, but having them all cancelled before launch. And then seeing them miraculously leaked onto the internet decades later!

The 1990 NES version was the only version of Solar Jetman that officially made it to market. 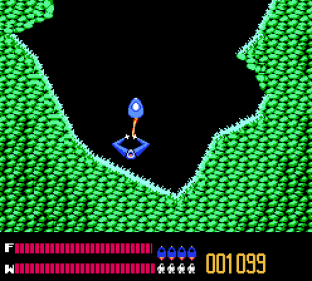 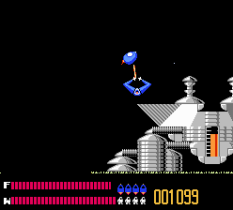 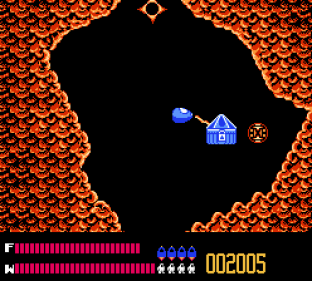 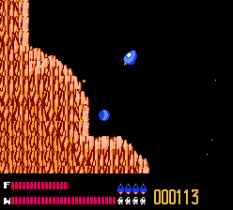