The ZX Spectrum conversion of the classic arcade game Gauntlet is surprisingly good. It was developed by Gremlin Graphics and published by US Gold in 1987 and features all 100 levels from the original, only in multi-load chunks. This was because the game was initially released on cassette only and required loading after a certain number of levels were traversed.

If you can live with this issue then you’ll find a decent and playable version of this classic maze shooter on the humble Spectrum. Most of the features from the arcade game are present and graphically the game looks good and moves reasonably well, although the scrolling levels aren’t super smooth since the screen moves in blocks, but it’s fast enough to be hardly noticeable when you’re playing.

Overall, this is a great conversion of Atari‘s four-player arcade game, and in this one – like all the other Gremlin Gauntlet conversions – up to two simultaneous players are catered for. Gauntlet on the Spectrum is a conversion that makes the system proud. 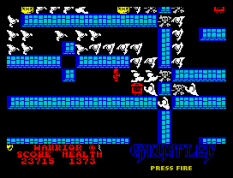 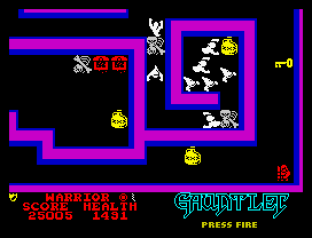 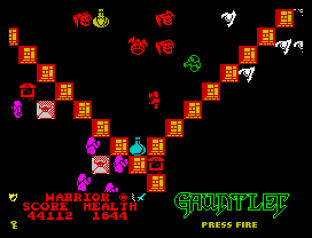 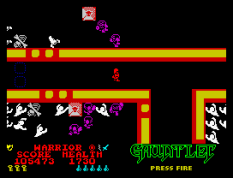 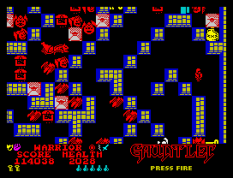 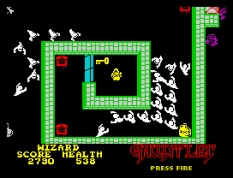 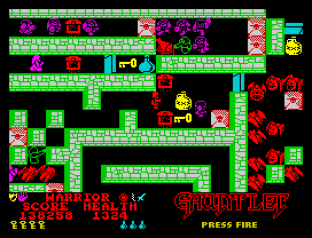 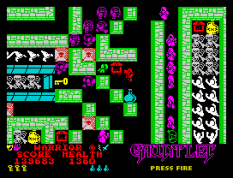 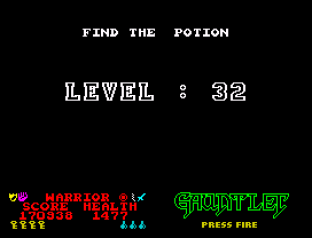 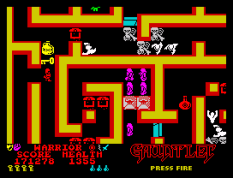 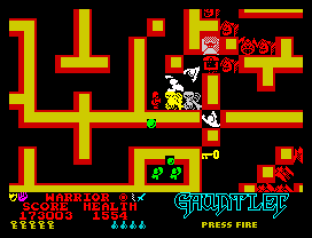 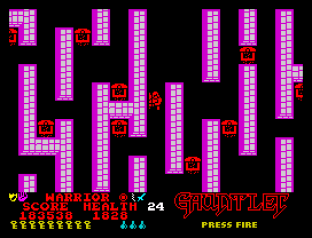 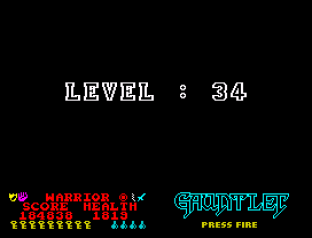 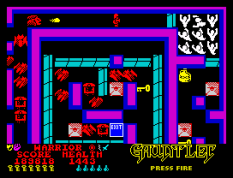 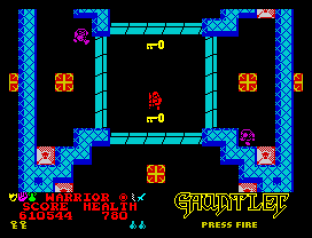