Developed by Gremlin Graphics and published by US Gold in 1987, this Atari 8-bit conversion of the classic Gauntlet arcade game plays okay and doesn’t look too bad, even if it does lack colour and seems a little sluggish.

Two players can play this version of Gauntlet simultaneously, choosing between four available characters. The scrolling mazes are smooth, if unremarkable, and seem fairly accurate to the arcade original.

Atari Gauntlet isn’t the best 8-bit home version available (in my opinion the C64 version is much better and plays considerably faster), but it’s not a bad conversion overall. If I had any complaint it would be that the fire rate should be higher. When faced with a ton of monsters the characters don’t seem to fire fast enough to deal with them properly. Which can lead to frustration. Also: getting diagonal firing working is tricky, and it’s an essential element of the game.

The same programmer created this, and the superior C64 version, so I’m a little surprised by the differences between them. 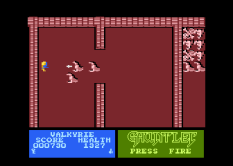 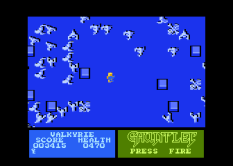 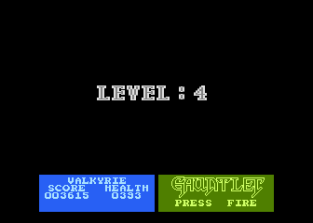 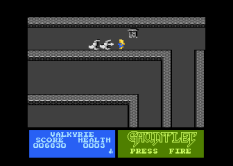 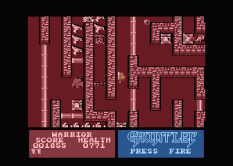 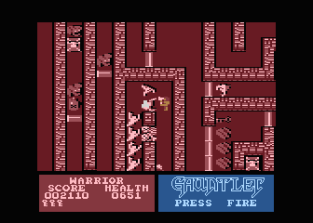 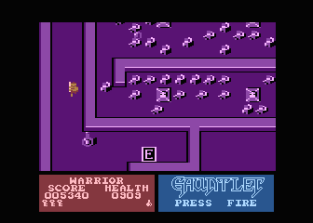 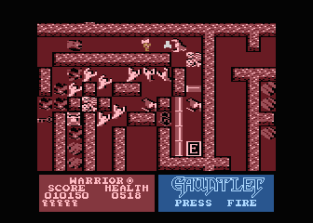 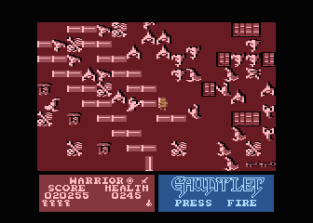 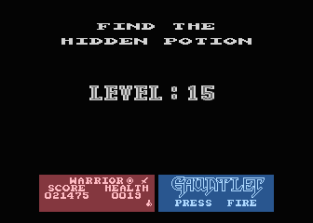 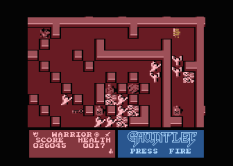 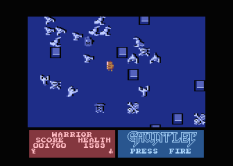 One thought on “Gauntlet, Atari 8-Bit”