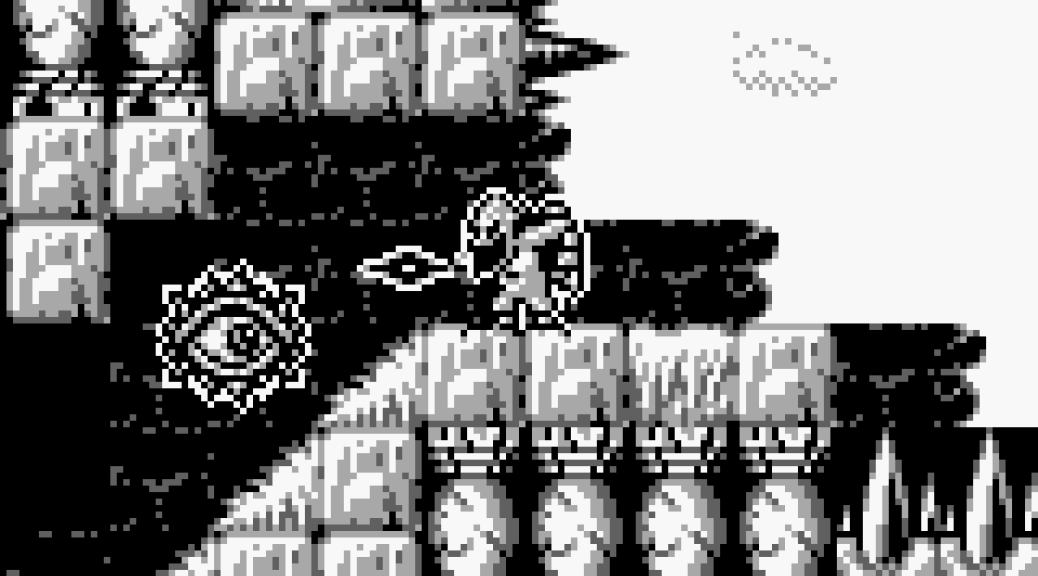 It features the flying demon character (called Firebrand in English language versions and Red Arremer in the original Japanese version) in the lead role, and who was first seen as an enemy in the Ghosts ‘N Goblins arcade game. That, in itself is quite unusual – getting to play a baddie from an earlier game in a later sequel, and this game is more than just a simple platform game.

Gargoyle’s Quest is split into two distinct gameplay styles. The first is an overhead, scrolling ‘overworld’ type game – similar in some respects to a Zelda game or the Final Fantasy Legend series. In this part of the game Firebrand explores various locations, talks to other monsters, visits different towns, and encounters random battles as he moves around. Very much like your average turn-based JRPG. The random battles are mini platform games where the aim is to basically destroy any monsters in a small, scrolling arena. Win, and you get useful items at the end of it (but not experience points – that I could see anyway). Then it returns back to the overhead exploration part of the game.

Dialogue with anyone you meet along the way is either a primer before battle, or very simple information about the quest you’re on. Occasionally you’ll also meet another ghoul who’ll give you a password that you can write down and use later to start off from that point in the game (in lieu of a save system).

The main part of the game are the large, scrolling platform levels. In these you have to master the ‘fly-and-float’ mechanic of the main character. Which is simple enough. You jump, and while in mid air you press jump again to hover for a short while. This allows you to reach places that you otherwise wouldn’t be able to reach. Firebrand can also scale up walls, so jumping towards a wall will usually attach him to it and allow him to jump upwards if there’s nothing directly above, obstructing him. He can also fire missiles to destroy enemies and these improve as you progress through the game. Along the way you will find various obstacles that cause damage to Firebrand, or even kill him outright (like falling into lava, or falling out of the bottom of the screen during swimming sections). At the end of these scrolling levels there’s also usually a boss fight of some kind. Beat the bosses and you’ll often be given a weapons upgrade, or something else juicy.

The graphics are decent in Gargoyle’s Quest (although there is quite a bit of sprite tearing), and the sound is good too (echoing familiar musical themes from Ghost ‘N Goblins at times). The gameplay is quite absorbing overall, even though the game is not as involving as your average JRPG.

Gargoyle’s Quest spawned two direct sequels, again featuring Firebrand, they being: Gargoyle’s Quest II on the NES/Famicom, and Demon’s Crest on the Super Nintendo. Together, all three represent a decent trilogy of spin-offs from the main Ghost ‘N Goblins series and are all good games in their own right. If you’ve never heard of them before: they’re worth checking out. 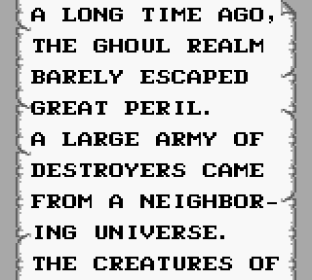 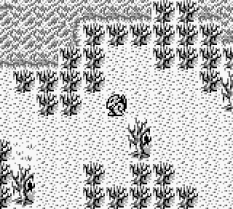 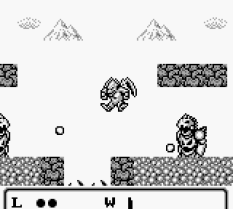 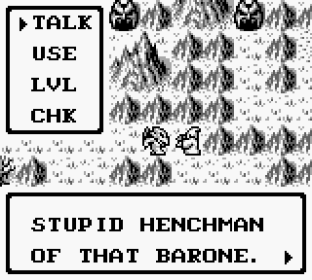 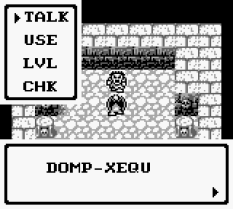