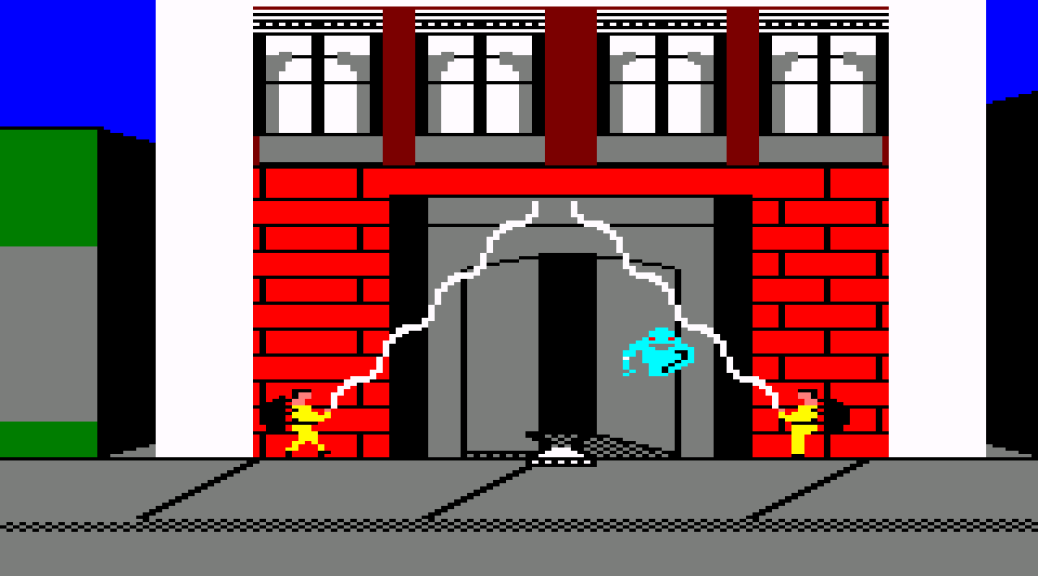 Ghostbusters on the Amstrad plays okay, although it has to be said that the digitised speech is so bad that it makes you wonder why they even bothered.

The bouncing ball over Ray Parker Jr.‘s famous song is out of time too, and where’s the famous Ghostbusters logo? It wasn’t in my game… Maybe I have a dodgy copy?*

From a base in New York City, you (ie. the Ghostbusters team) have to earn money by capturing ghosts that are plaguing the city.

You start off with $10,000 and must buy a car, some traps, a ghost vacuum cleaner, and various other bits of equipment, and head out onto the streets looking for “Roamers” (stray ghosts that slowly move towards the Temple of Zuul in the middle of the screen) and “Slimers” (ghosts that haunt individual buildings).

Ghostbusters is over thirty years old now, so is very basic – especially when compared to modern Ghostbusters games. But it’s still an important game in history, and for all the people who have fond memories of playing it when they where a kid.

*= I did encounter a few bugs in the Amstrad disk version I played (for example: the Stay Puft monster appeared and wouldn’t go away, and the game didn’t end when it was supposed to), so I looked around on the internet and tried a few different versions, and they all seemed to be the same. Is this a bug in the actual commercial release, or is this the same badly-hacked/cracked version that everyone seems to have? It would be nice to play a non-bugged version! 🙂 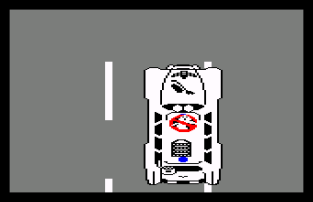 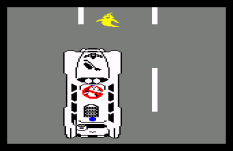 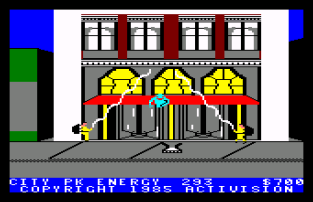 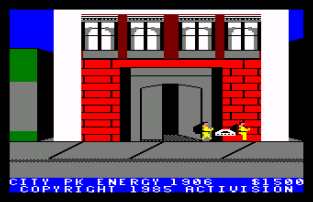 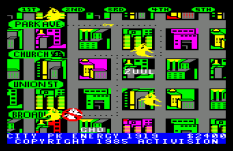 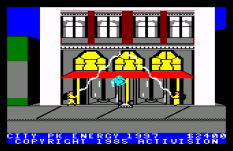 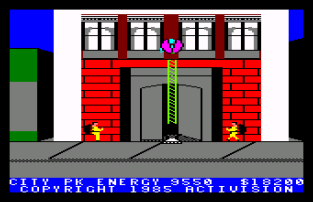